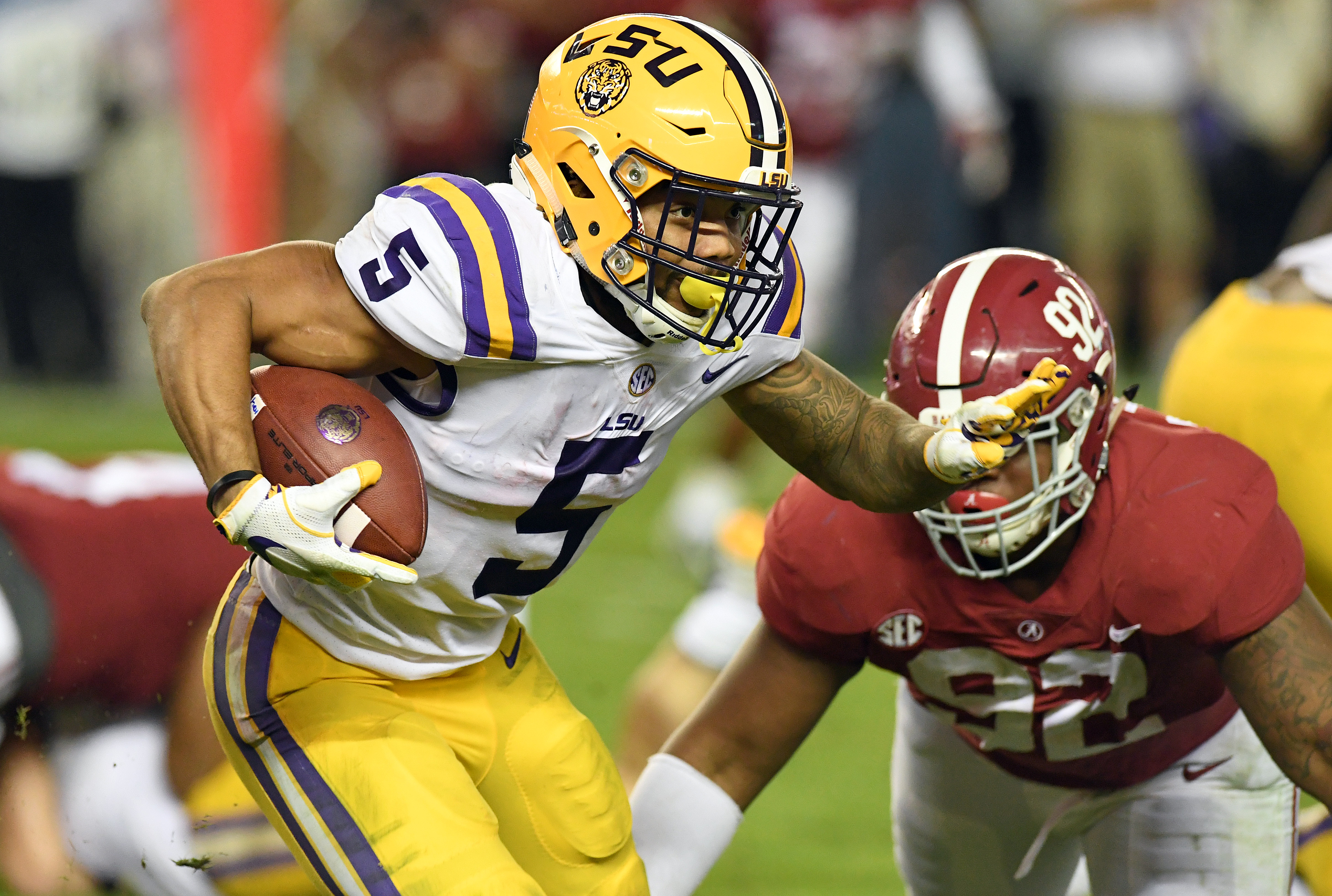 Pumphrey did not live up to the hype as he struggled in the preseason and suffered a season-ending hamstring injury. Smallwood, on the other hand, rarely saw the field thanks to the play of then undrafted free agent running back Corey Clement.

With that being known, the Eagles could use some luck if they decide to select a running back in this month’s NFL draft.

This year’s running back class is very good and Philadelphia could be in prime position to take one with the last pick in the first round.

You might be asking yourself, who could they possibly take with the 32nd overall pick? One option could be former LSU running back Derrius Guice.

According to Tony Pauline of Draft Analyst, Guice is still set to visit with the Eagles, after it was rescheduled due to flight issues. Pauline also reported that Guice did not move the needle in a positive direction at LSU’s pro day on Wednesday and that off-the-field issues are affecting his draft grade.

History shows us that the Philadelphia Eagles are not afraid to take a chance on a player, who may have some character concerns.

However, would they be willing to take a risk on Guice in the first round? It totally depends on what those issues are because he is a talented running back.

Backing up future top-five pick Leonard Fournette, Guice burst onto the scene in 2016. As a sophomore, Guice compiled 1,387 rushing yards on 183 carries and 15 touchdowns.

Every time, he touches the ball, Guice has a chance to make a big play and will punch the defense in the mouth.

This past season, the 5-foot-10 running back saw his workload increase as he carried the ball 237 times for 1,251 yards and 11 touchdowns. Guice also showed that he could be a factor in the receiving game, racking up 124 yards on 18 receptions and two touchdowns.

Here’s some more information on Guice via NFL.com:

Evaluating Guice requires settling in for two full seasons of tape study as he was only healthy a fraction of the 2017 season. While Guice has some elusiveness and long speed, much of his success comes from his furious running style and ability to create yardage after contact. Guice’s yards per touch was two yards higher over his first two seasons compared to last year. Like Leonard Fournette the year before, teams may be willing to lock in on his sophomore tape to create their evaluations and grades. Guice’s running style could lead to a shorter career, but he has a chance to make a big splash early.

Nevertheless, Guice’s running style would work well with the Eagles as he would not have a heavy workload, sharing time with Jay Ajayi and Clement. At the NFL combine, he ran a 4.49 40-yard dash, which is a serious case of speed for a physical running back like Guice.

If he is sitting there at No. 32, the Eagles would be hard-pressed not to consider drafting him.