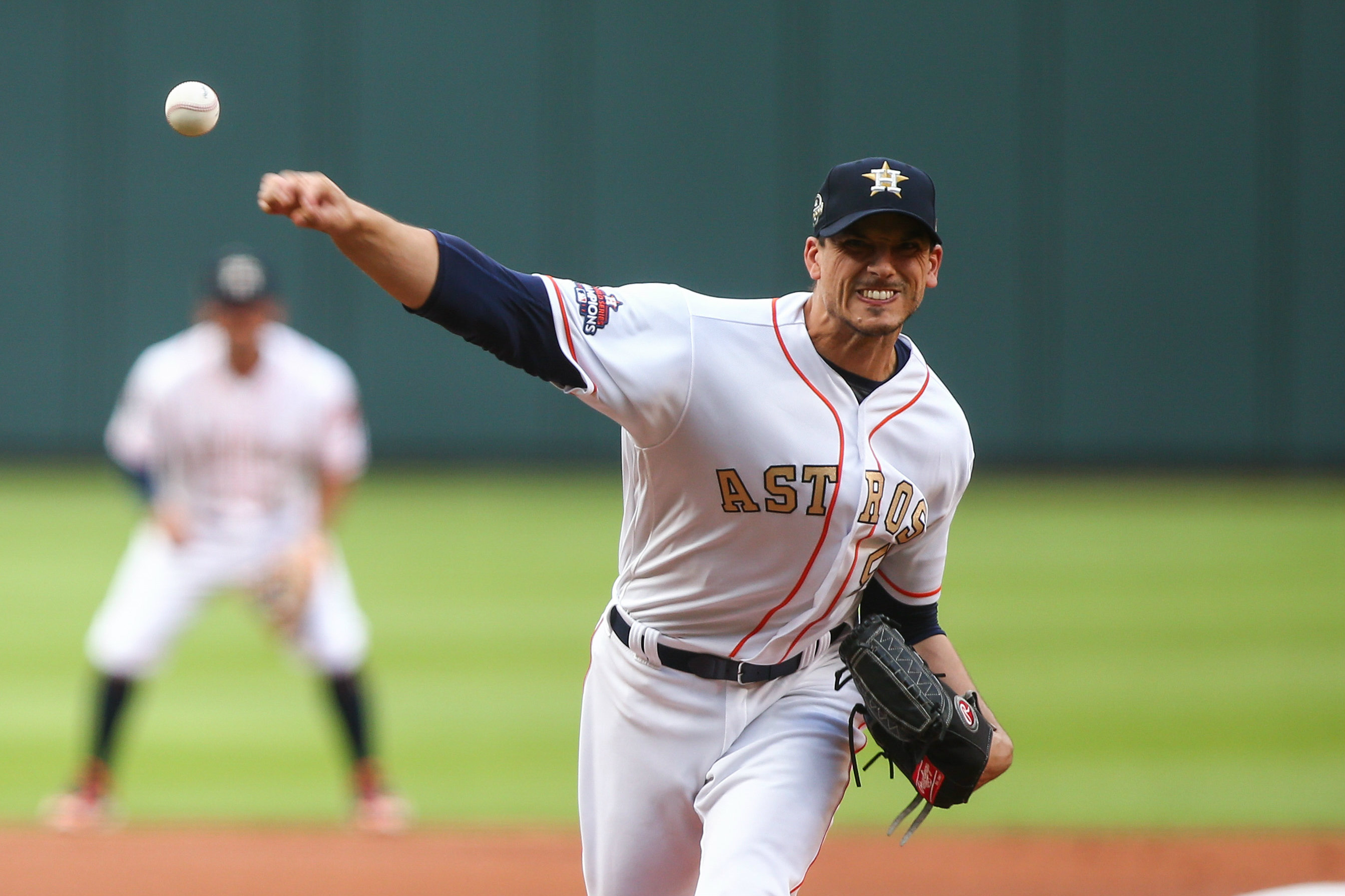 It’s hardly fair to draw any real conclusions from on-field results just a couple weeks into the 2018 MLB regular season, but we can get a sense of what could happen in certain instances.

One of those instances is the Houston Astros rotation. After winning the franchise’s first World Series title last November and earning their championship baseball hats, they already appeared primed for another strong year. While there was likely a hope that the starting rotation would get more health from guys like Dallas Keuchel and Lance McCullers, this group was already going to be different because of Justin Verlander.

He didn’t make his first start for Houston until September last year. With a full season of him leading the way, the rotation was primed to be one of baseball’s best once again. That feeling only intensified when they acquired Gerrit Cole.

Considering the makeup of this group, it shouldn’t have been a surprise that they projected as the league’s best rotation prior to Opening Day. Getting that distinction and having the ability to live up to that expectation are two different things, though.

The early returns have been incredible so far.

With 12 games under their belt, we’re now in the middle of the Astros’ third turn through the rotation. Between Verlander, Keuchel, McCullers, Cole, and Charlie Morton, here’s where this unit ranks among MLB’s 30 clubs in various statistics.

The 47.1% ground-ball rate is worth singling out because of what these guys did in 2017. The rotation induced grounders at a 49.2% rate last year, and judging from individual early-season performances, this should keep climbing.

Houston’s dominant starting staff isn’t necessarily gaining a bunch of BABIP-related success, either. Their .306 mark in that department is actually worse than the league average of .289 entering Wednesday.

They will be tested more as the season wears on — Houston’s first three series (before their current one against the Minnesota Twins) were against Texas, Baltimore, and Los Angeles (check out this cool Dodgers snapback hat) — but it’s hard to deny the early results.

One of the many things that stands out about the Astros’ rotation is how well rounded the starting five is. For even those teams that are expected to have solid rotations in 2018 — say, like the Washington Nationals — there are some questions in either the fourth or fifth spot (i.e. with A.J. Cole).

That’s not the case here.

We already touched upon how good Cole has been to start the season, but let’s not forget that he was a near-finalist for National League Cy Young award (along with almost winning 20 games) in 2015. He has top-of-the-rotation stuff, yet will be matched up with opposing teams’ fourth starter for most of the year.

Opposing hitters are only making contact 64.0% of the time, and when they do actually put a ball in play, it hasn’t led to great results. He’s induced ground balls at 64.5% clip with an eye-popping 35.5% soft-hit rate and 16.1% hard-hit rate.

These statistics will normalize in due time, but it’s just a glimpse as to just how good this rotation is from one through five. Similar to their lineup, there is no opportunity for an opponent to take a breath — every single night poses a formidable challenge.

Although there have been some recent instances were teams have mostly kept their Opening Day starting five intact for virtually an entire year — like the 2016 Chicago Cubs — it’s not a realistic expectation to have. Injuries will happen, meaning a team should ideally have a valuable sixth and seventh option available to step in when needed.

In case you were wondering, Houston also has this in the form of Brad Peacock and Collin McHugh.

So, the Astros have just about everything going for them right now. They just raised their championship banner, have an incredibly deep lineup and pitching staff, and are off to a 9-3 start.

There were high expectations on this club as they reported to Spring Training, but they’ve answered the call thus far — especially the starting rotation. It’ll be fun to see what this group can accomplish over the next few months.