Your Morning Dump... Where the Celtics aren't exactly hitting the playoffs on a high note 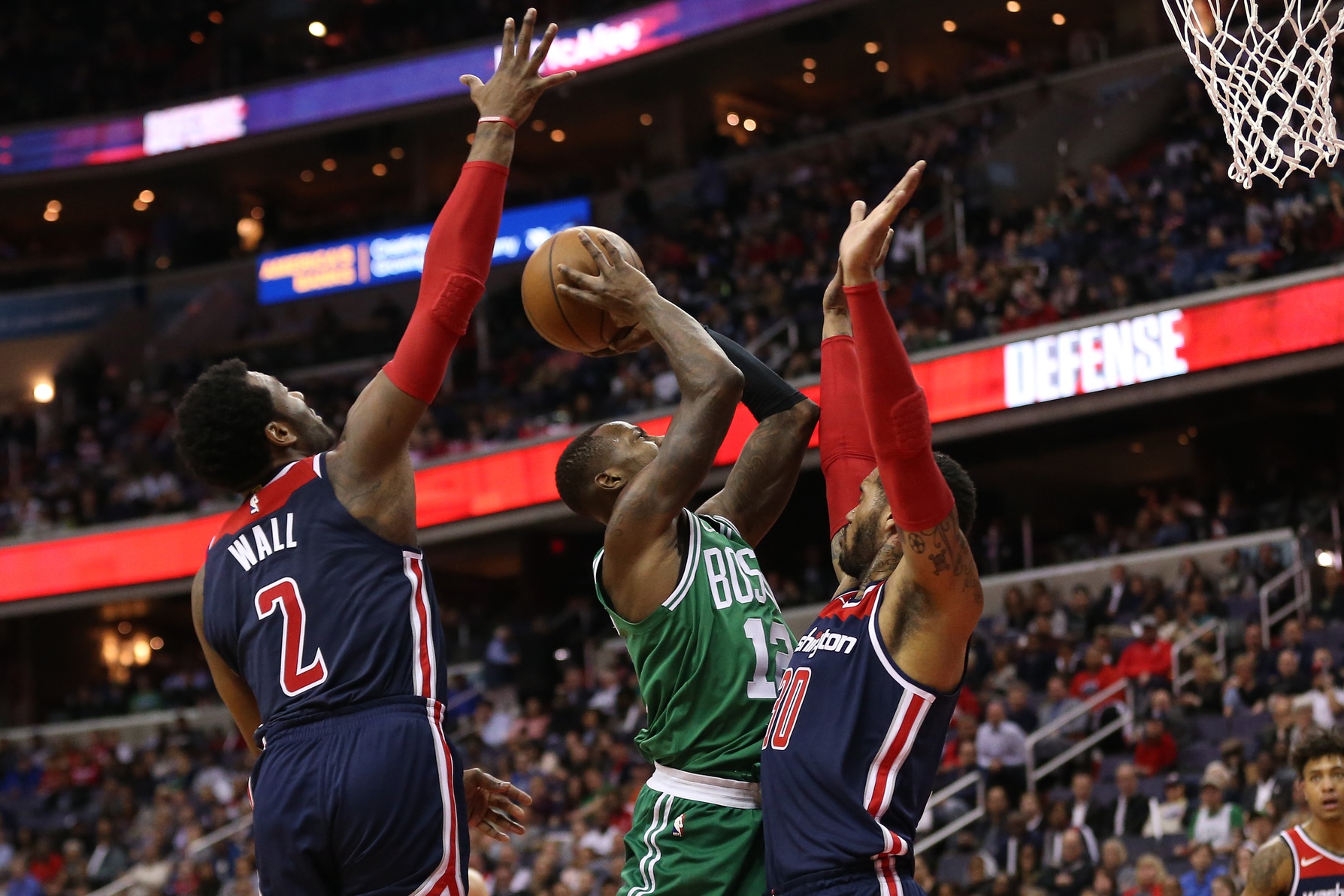 Your Morning Dump... Where the Celtics aren't exactly hitting the playoffs on a high note

The C’s became very familiar with the Capital One Arena rims and the sound the ball makes when it bounces off them. They shot 37.9 percent for the night, but when you remove the 6-for-7 combined by Jabari Bird, Abdel Nader, Kadeem Allen and Jonathan Gibson in the last 2:59 — their only playing time — the Celts hit a weak 33.8 percent from the floor.

It’s hard to put this into the right perspective and draw conclusions, in that this and Sunday’s loss to the lowly Hawks couldn’t alter the Celts’ seeding. But they cannot be happy with the way they performed.

“I mean, there has to be concern,” said Al Horford, who had 10 points and 14 rebounds in 32 minutes. “I know it’s the second-to-last game of the season, but we have to be better.”

Added Brown, “I don’t think Washington played nearly as well as they could have, and we still fell short. So it’s just a mindset, a level of focus that we’ve just got to get back to and understanding, like, this is it. We’ve got to come out and compete.”

“I think one of the things I’ve learned in this is it can all change on a dime either way,” he said. “So my concern is that we play better. But as far as tonight, if you’re just looking at tonight as its own individual game, we weren’t very good.”

The Celtics have now lost 4 of their last 5 games. And while they’ve been resting starters and key rotation players along the way, there’s still cause for concern.

Last night was a chance to ‘flip the switch’, but Washington, a desperate team, outplayed them.

Let’s look at some numbers…

Any playoff success will require a total team effort. And right now, some key guys are struggling mightily:

East seeding is still fluid. Milwaukee, Washington and Miami are all in play for the 7th seed.

On Page 2, I have an issue with KG’s comments about Kyrie’s surgery.

“Are you shocked by the Kyrie decision for surgery?’’ he asked, referencing Celtics guard Kyrie Irving’s recent season-ending surgery on his knee.

I told him I was not surprised, given that Irving was clearly playing through pain and there seemed to be some mystery about the whole situation.

“I was shocked. I was totally not ready for that one,’’ said Garnett, who battled knee injuries during his time with the Celtics.

“I wish they’d pushed the onus [on him] to play a little bit, but everyone is a lot more into wellness and their body these days. In a different era, maybe you were looked at a little differently [if you couldn’t play through an injury].”

Like KG, I was surprised by the sudden status change of Kyrie’s knee injury from “soreness” to “infected.” But a lot of that was due to the way the Celtics handled the injury with the media.

Unlike KG, I’m fine with the decision to shut him down.

I’m surprised KG is offering up this take considering his ordeal in 2009. A large, painful bone spur kept Garnett off the court for nearly all of the second half of the season and playoffs.

According to Jackie MacMullen, Garnett tried everything except for anti-inflammatory drugs and cortisone shots recommend by team doctors. I can’t help but wonder what a player from a different era might say about KG’s decision to pass on the drugs.