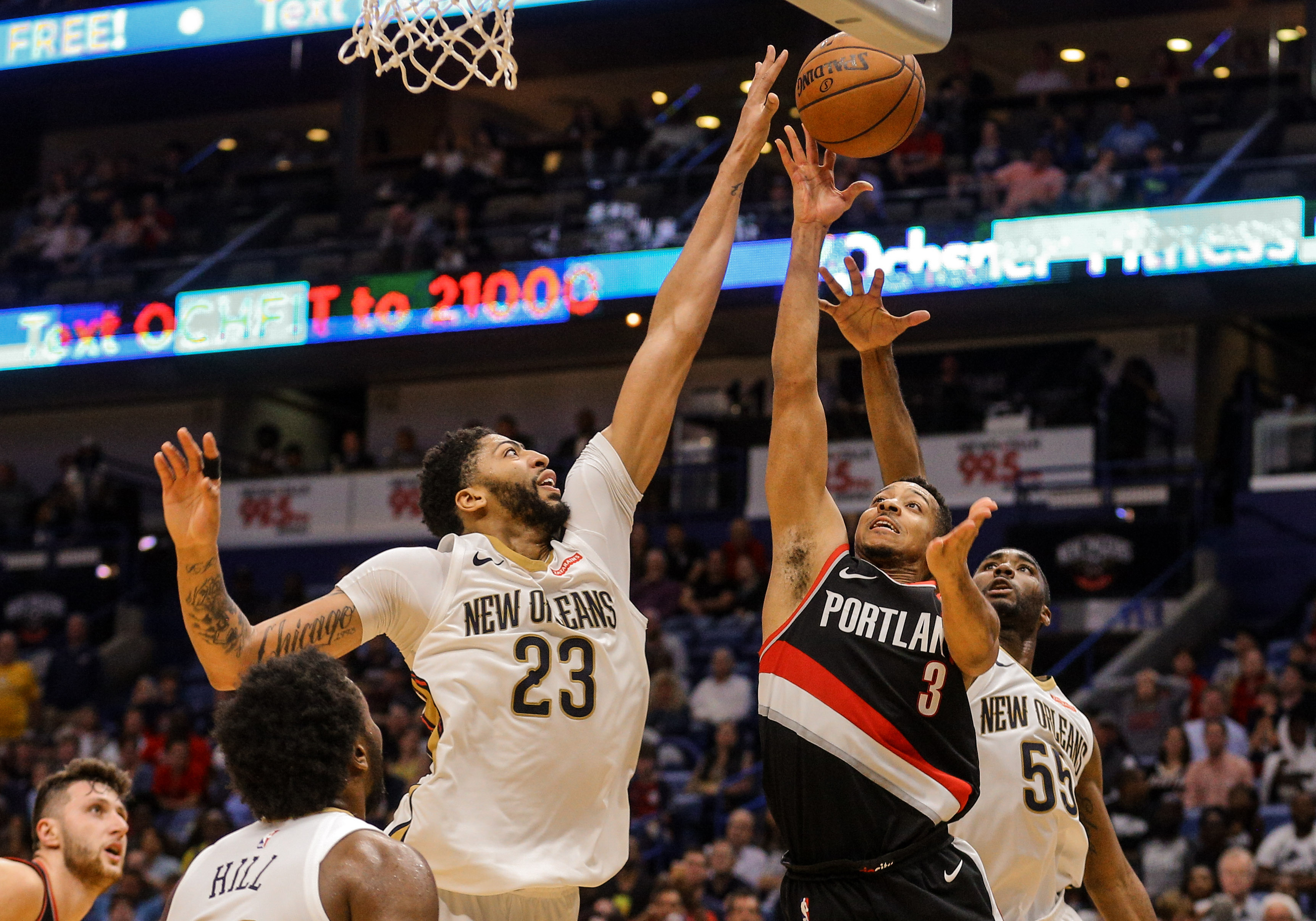 The New Orleans Pelicans and The Portland Trail Blazers Playoff Series dates and time were released to-day by the NBA. The #6 Pelicans are slated to face the 3rd ranked Portland team in a best of seven with the Blazers controlling the home court advantage.

The fifth, sixth & seven game if necessary would be TBD

The Pelicans and Trail Blazers played each other four times this season with the series ending 2-2.

New Orleans (48-34) is red-hot and entering the playoffs on a five game winning streak while Portland (49-33) is 1-4 in the last five games. The Pels are entering their first playoff series since their 0-4 sweeping by the Golden St Warriors back in 2015.

The team’s star Anthony Davis said “it’s not about just making the playoffs it’s about making some noise & winning a couple of series.”

I’m very interested to see what the playoff version of Anthony Davis looks like after a near MVP regular season. Davis and the Pels had to deal with more than significant obstructions this year including the loss of beloved owner Tom Benson plus center DeMarcus Cousins season ending injury.

The Pels keep finding ways to win games and prove so called experts wrong. The “experts” had the Pelicans missing the playoffs, all they did was flip their win total from 34 wins to 48. I’d say the Pels proved a lot of people wrong but they’re looking for more than just apologizes.