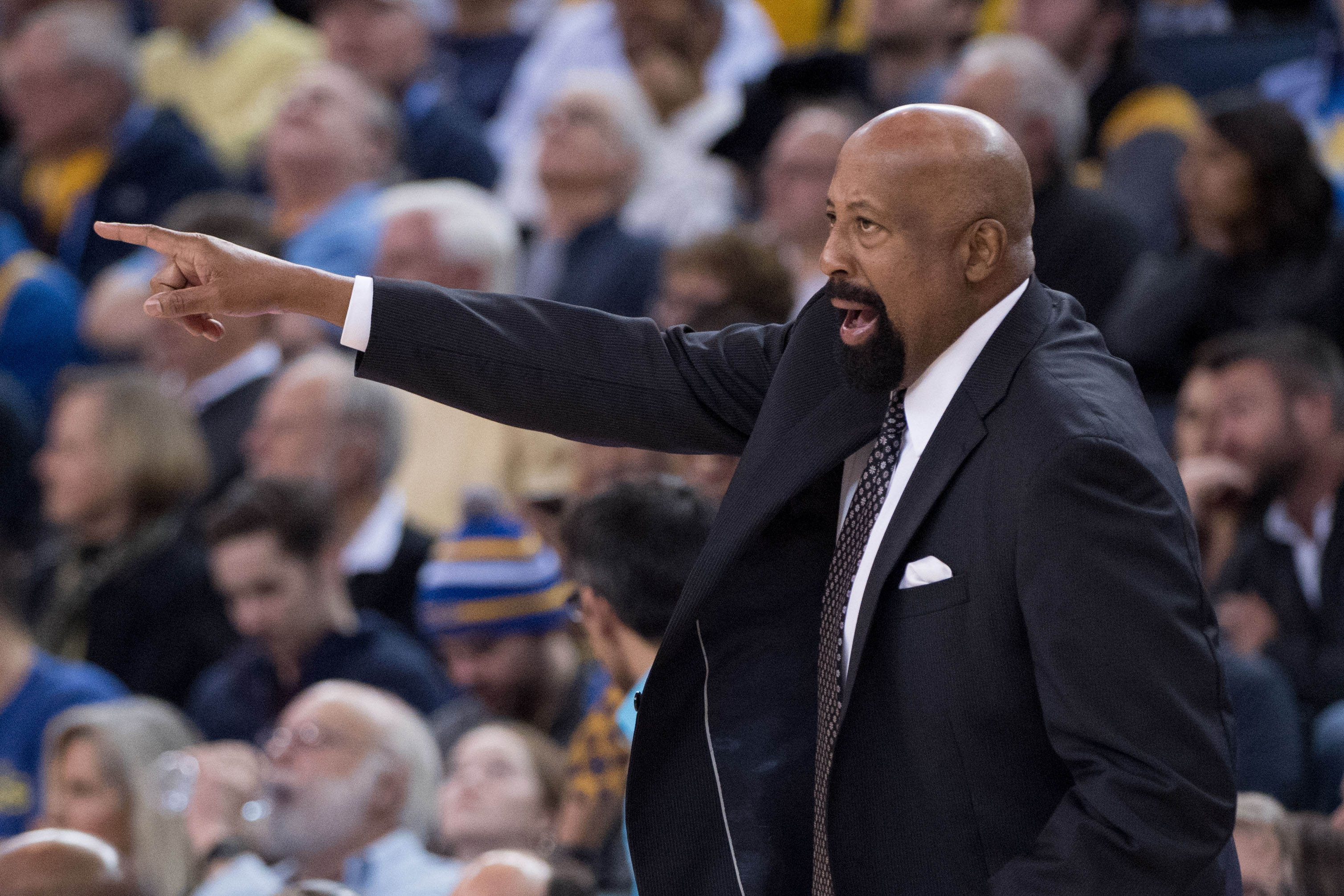 Mike Woodson will reportedly interview for the Knicks’ head coaching vacancy on Wednesday. If the organization knows what’s good for them, they’ll appoint him back to his former post.

As Steve Mills and Scott Perry discussed the opening with the media last week, they said they’d be on the prowl for a defensive-minded coach who could communicate and relate well to their players, all while holding them accountable. The front office wants someone the fan base can trust and pull behind with enthusiasm.

Immediately, it wasn’t difficult to identify Woodson as that kind of caliber figure with similar credentials and suggested success in New York. After all, he guided the Knicks to their first division title in nearly two decades. In his second full season as a head coach, the team missed the playoffs but made a late push that suggested they wanted to compete and would do so again the following season. His tenure was cut short by an egotistical Phil Jackson.

Woodson said he wants to finish what he started, and there’s no doubt he left New York with more to prove. In two plus seasons with the Knicks, Woodson compiled an 109-79 record. His team was strong defensively. Tyson Chandler won a Defensive Player of the Year award. J.R. Smith won Sixth Man of the Year honors. Steve Novak experienced a career-year, heading to the Three-Point Contest during NBA All-Star weekend.

Woodson earned the trust of veterans like Jason Kidd and Rasheed Wallace, to name a couple. He stood his ground and utilized an oft-injured former star in Amar’e Stoudemire as a reserve. While Carmelo Anthony’s talents had begun to fizzle by the time he left the Knicks, Woodson knew how to help the star forward thrive. The coach’s offense isolated Anthony and allowed him to post up. He used his quickness to evade bigger and slower power forwards down low. As Anthony worked his way to the basket, those around him spaced the floor by waiting for shot opportunities from downtown. There was a very refreshing balance all around, and this was evident in the successful product seen on the hardwood. Above all else, Woodson remains one of the top strategic coaches as it relates to drawing up plays out of timeouts.

One could argue that Woodson had a small sample size in New York and that might be true. In six seasons as the Hawks’ head coach, however, he helped Atlanta improve with each passing campaign. His tenure featured three playoff appearances, which should only bolster his candidacy for this position once again. The Knicks are a rebuilding team, and Woodson has proven success with helping a youthful squad grow and find its way.

Woodson also happens to be a former Knick player. Not many people remember that. Across the board, he knows what it takes to succeed and understands the pressure that comes with the task of doing it in New York. There aren’t many who can say the same. What’s more, he’s arguably the only top candidate who has familiarity and past experience with both Mills and Perry — the former in New York, and the latter in Detroit. There are fellow candidates who have worked with one or the other, but none that have worked with both.

Woodson wasn’t an NBA all-star like Jerry Stackhouse and he wasn’t born in New York like Mark Jackson. He doesn’t boast a slew of international titles like David Blatt, but he does in fact have an NBA championship ring from 2004. Alas, Woodson may not the sexiest option out there, but he is indeed the best.

The narrative surrounding his return would be quite satisfying. Woodson would come back to the Big Apple to build upon past success. As an organization, the Knicks would be righting a wrong committed by Phil Jackson. That’s certainly something this hungry fan base could get behind.

Given Woodson’s familiarity with this front office, his already existing credentials in New York, and proven track record in helping a transitioning team rise from the ashes, who could argue with a choice like this?

He’s exactly the kind of coach the Knicks need, perhaps more so now than the first time around.