Clippers: 'There's a contract for DeAndre Jordan if he wants to be here' (VIDEO) 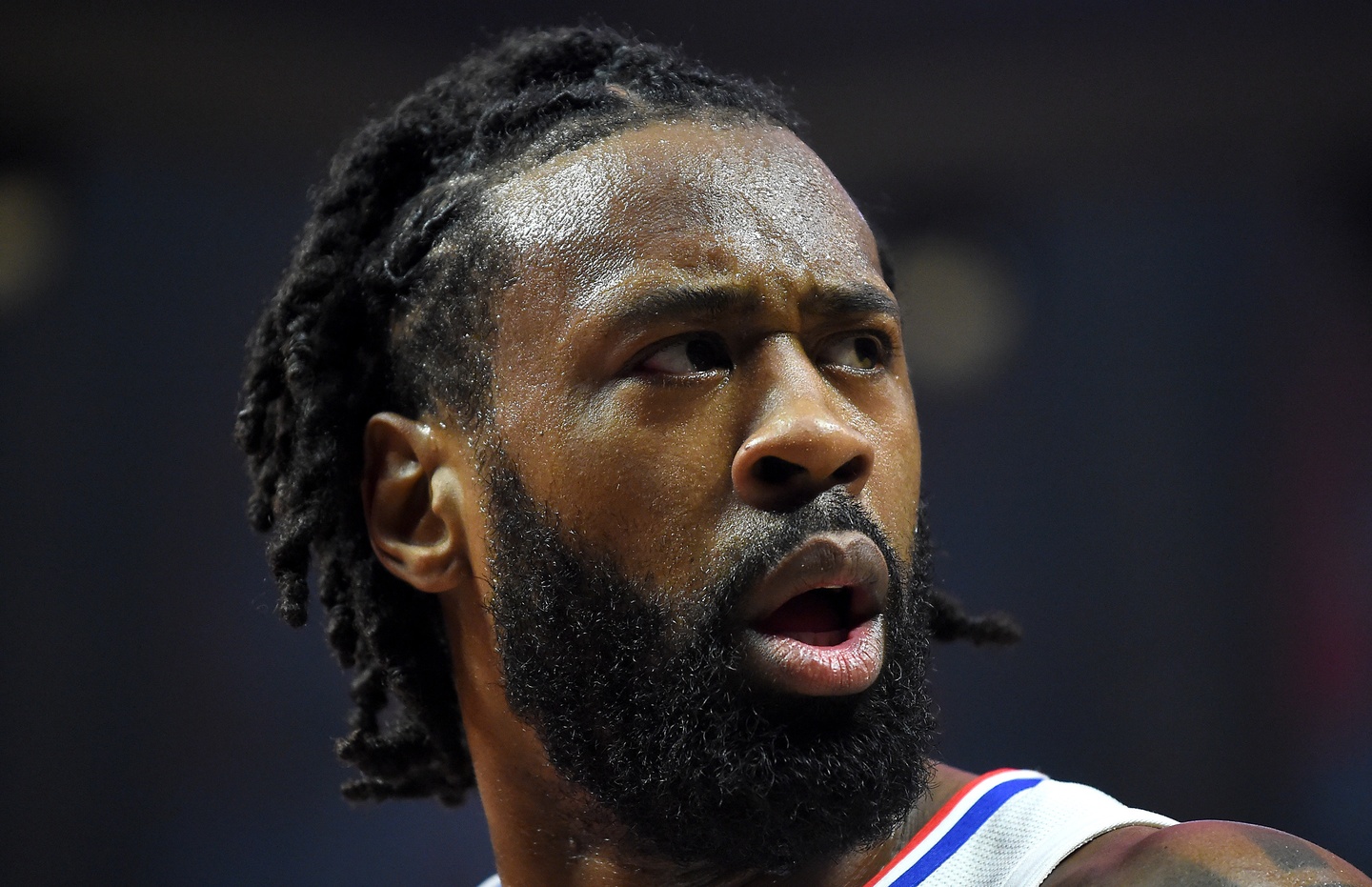 Clippers: 'There's a contract for DeAndre Jordan if he wants to be here' (VIDEO)

The DeAndre Jordan saga has been an incredibly confusing one from start to finish this season. At the start of the season, it seemed like DJ was inevitably going to be traded at the deadline. In a complete turn of events, Blake Griffin was traded instead. From that point on, there’s been a weird stand-off with Deandre Jordan’s upcoming status as a Clipper.

When the Clippers hosted “The Playbook”, Jerry West stated Deandre Jordan turned down a contract. DJ immediately retweeted a puzzled emoji, as if to state that he was never offered a contract.

Later on in the season, DJ told Yahoo Sports that he wanted to be a Clipper for 10 more years. By the end of the season however, Deandre stated that he simply wanted to be where he was wanted.

After the season ended, DJ spoke with the LA Times, stating that he’s had zero discussions with the Clippers about a new contract. In another strange disconnect, Lawrence Frank (EVP of Basketball Ops) stated something entirely different during the team’s exit interview. Frank claimed that the Clippers have had open discussion with Deandre, and that there’s a contract waiting for him next year if he wants it.

Lawrence Frank (EVP of Basketball Operations): "There's a contract for DJ if he wants to be here." @deandre

The saga has been a strange ongoing battle of “he said, she said” that doesn’t seem to end. It’ll be interesting to see how the whole situation plays out, but the money is on Deandre Jordan not returning to the Clippers next year.