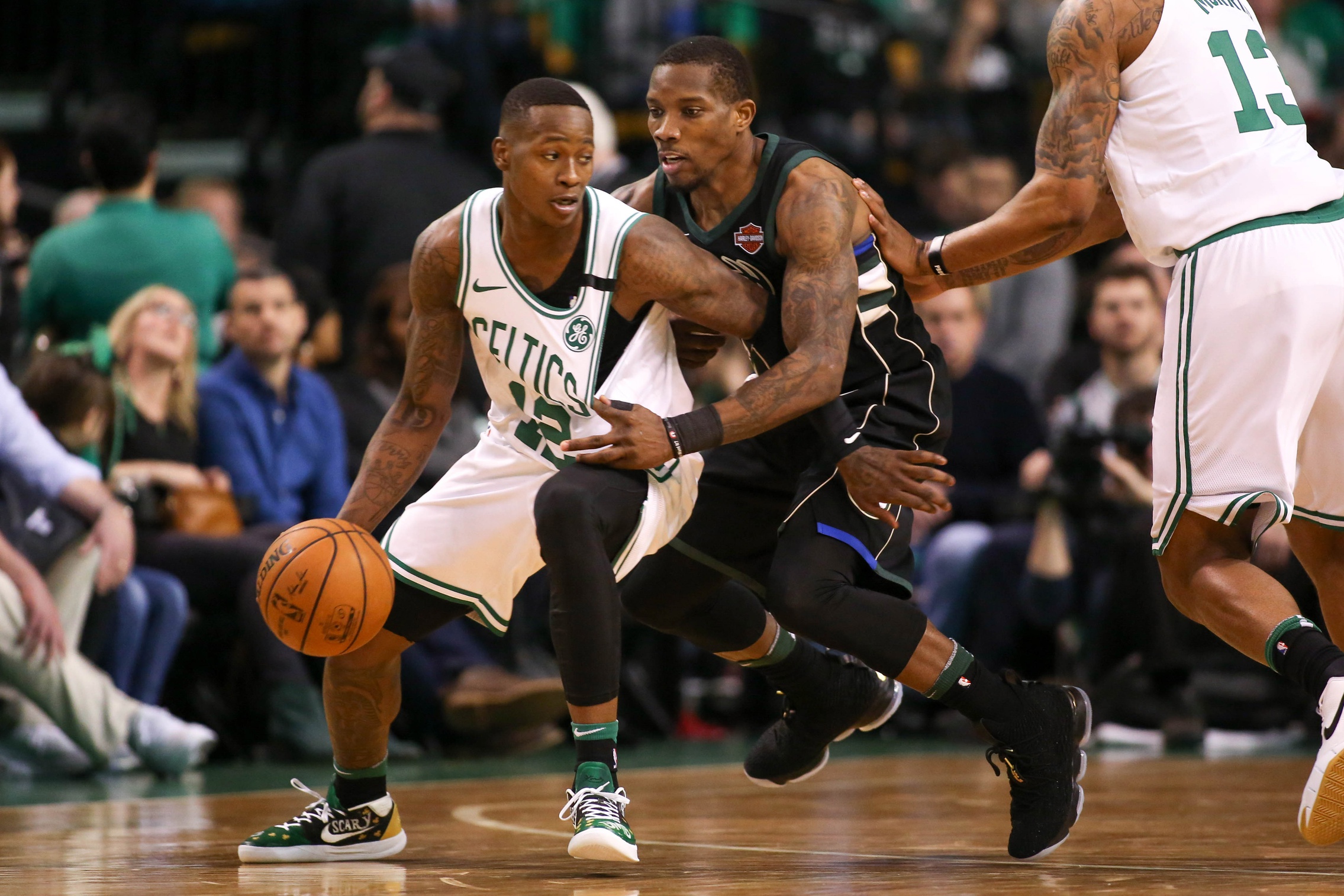 Coming into this series I said

One major key to this series, I believe, is turnovers. The Bucks are long and, while not a good overall defensive team, they can will deflect a lot of passes. The Bucks want Giannis out in transition, so if the Celtics are sloppy with their passes, the Bucks will have the advantage.

I wasn’t exactly breaking any news here. Everyone knows the Bucks feast on turnovers. Everyone also knows Terry Rozier is a 24 year-old third year player. Everyone ALSO knows that Eric Bledsoe is a big, strong guard who is supposed to be a pretty good defender.

Terry Rozier has dominated this matchup. The Bucks have gotten monster performances from their two top guys and they’ve been wasted because Eric Bledsoe has been terrible defensively. As amazing as Rozier has been for Boston, Bledsoe is equally complicit.

Here are few plays from last night that highlight exactly how bad Bledsoe has been.

Here’s a simple pick and roll with Guerschon Yabusele.

It’s not the most egregious example of this (there’s a better one later) but it shows just how slow Bledsoe has been to get through picks. For a guy who has, in the past, prided himself on his ability to fight through those, he seems unaware the pick is coming and unwilling to get through it with more than token effort. The result is a Rozier floater.

This is serious lapse at a critical time. Milwaukee had just tied it at 35 in the second quarter. That typical Celtics lull had struck and a lot of us were in “here we go again” mode.

Bledsoe trails Rozier off the pick and then… just… slows down.

Rozier keeps on running to the corner. Marcus Morris tries to set another pick but misses. It doesn’t matter though because Bledsoe curls around Mook like he’s going to try to steal the pass. By then the ball is past him and Rozier is hitting a momentum changing 3.

Finally, this one involves terrible defense by Bledsoe and the rest of the Bucks. When people questioned why I wanted Milwaukee instead of Miami, it’s because of this type of defense right here.

They’re down 16 and probably just out of any fight. Bledsoe just dies on the pick. Rozier turns the corner, Giannis Antetokounmpo does nothing to impede Rozier’s progress. Henson slides over but he takes such a big, lazy hop that Rozier crosses him over so now Middleton is sucked into the play, leaving us with this.

Bledsoe is still at the top of the key, not caring. Rozier is in the paint drawing the attention of FOUR Bucks. And there’s Jaylen ready to drill… er, well… bank in a three.

Still, Bledsoe’s complete apathy here, while extreme, is indicative of the lapses Milwaukee has suffered in both games so far. It’s got Bucks fans losing their minds.

Eric Bledsoe’s offensive ineptitude was frustrating, but the more vexing part of this series has been his defensive indifference. Terry Rozier is somehow turning him into a turnstile, despite his clear speed, strength and talent advantage over him. Bledsoe’s advantage over Rozier being Milwaukee’s clearest gap between them and Boston seems to have been mitigated completely so far. Rozier has by far outplayed Bledsoe, even with his decreased turnovers and brief spurt in the third quarter. Only 12 points won’t cut it though. Boston’s backcourt has pummeled Milwaukee’s, as Tony Snell has gone MIA in this series with Milwaukee not demonstrating any interest in finding him 3-pointers to take, nor did Snell seem too interested in rifling away tonight. When even Shane Larkin manages to score almost the same as your starting point guard, there’s clearly an issue. Tony Snell lost minutes to Sterling Brown in the fourth quarter as well.

Rozier has burned Bledsoe time and time again, turning him into a non-factor. This is a matchup Milwaukee probably expected to win. They probably would have been upset if Rozier played him to an even standstill.

You’d think Bledsoe would know the guy’s name after all that.