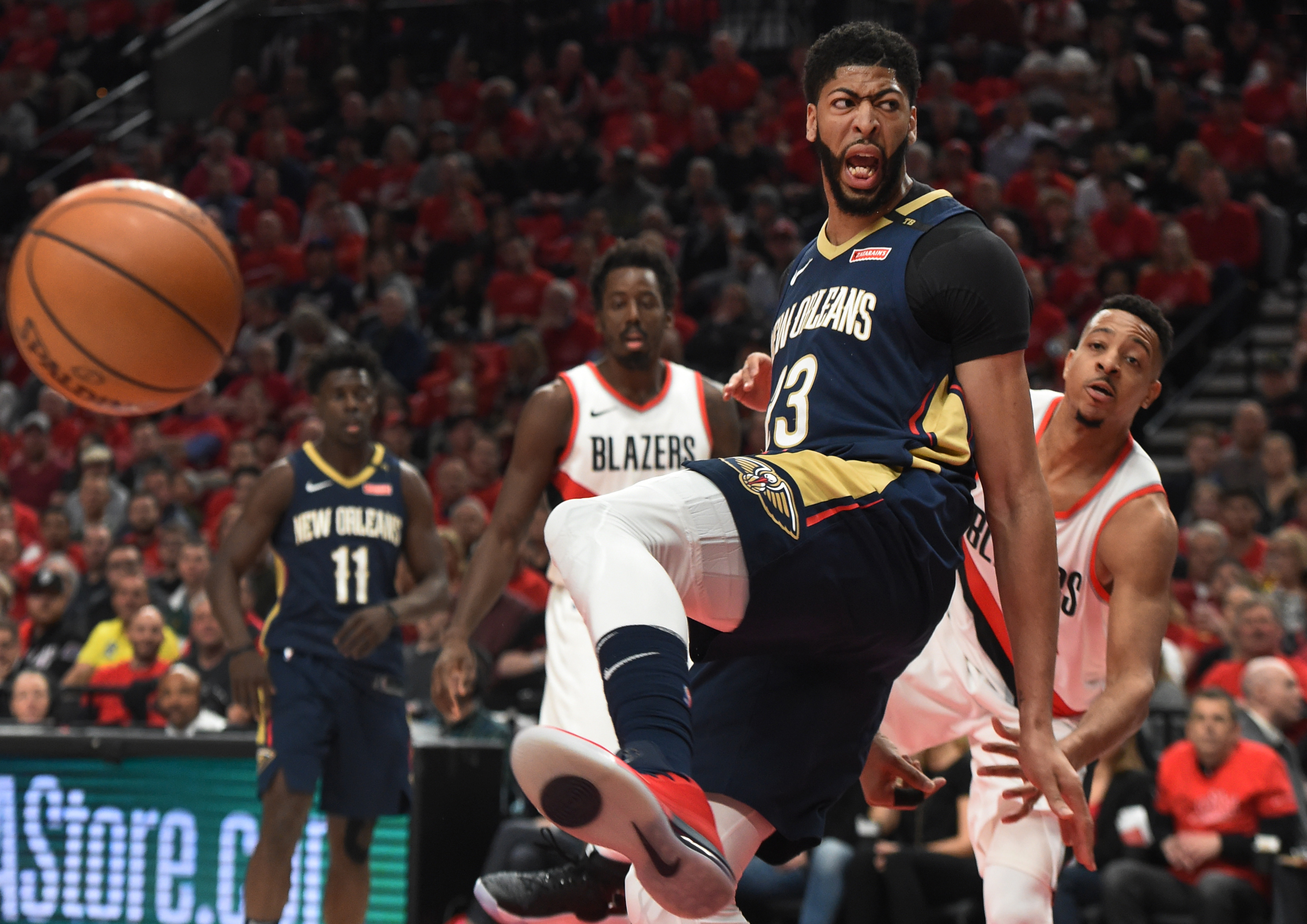 Portland. Oregon– The New Orleans Pelicans battled the Portland Trailblazers in the second Playoff match up with a lot riding on the line for both teams. The Pelicans looking to go up 2-0 in the series while the Blazers are trying not to go in the hole 2 games.

New Orleans started building a seven point lead before Portland came roaring back. This time around Portland was determined to get their all-star back court of guards Damian Lillard & CJ McCollum going early.

Lillard & McCollum combined for 39 points for the entire game. The Blazers struggled to keep pace with the Pels as the Portland bench along with forward Al-Fariq Aminu who himself posted 12 points in the 1st half & 14 for the game.

The Pelicans back court duo of Rajon Rondo & Jrue Holiday had plans of their own. They posted 49 points together & attacked Lillard/McCollum offensively throwing the Trail Blazer guards off-balance, making them work on the defensive end.

Anthony Davis wasn’t his spectacular self tonight as he roamed the paint scoring 22 points with 14 rebounds in 40 minutes. The truth is he didn’t need to be spectacular because its was Jrue Holiday’s night. Holiday went off for a career playoff high 30 points with 9 assists on 14 of 24 shooting from the field.

New Orleans opened the 2nd half scoring 33 points in the third & 24 in the fourth quarter to keep the scrappy Trail Blazers at bay. The crafty play of experience guard Rajon Rondo was on full display as he darted to the hoop with lay ups, found passing lanes with alley’s & even had time to collect rebounds.

Rondo posted a double double tonight and was one stat from collecting a triple double finishing with 16 points 9 assists and 10 boards. I can’t forget about the gutsy play of forward Nikola Mirotic who continues to be huge for the team contributing 17 points with 8 rebounds in 39 minutes of action.

The Pels closed the game out with hustle and determination 111-102 taking a 2-0 lead back to New Orleans.

The Pelicans shot 51% from the field and 50% from downtown verses Portland. The Pels even moved the ball better, capitalized off the Blazers turn-overs & even won the points in the paint battle.

They still need to clean up the turnovers as they had 14 and do a better job at the free throw line shooting 68%.

The Portland Trailblazers top scorers were CJ McCollum with 22 points followed by Damian Lillard with 17.

New Orleans beating Portland in their building 2-0 now head back to New Orleans looking to keep the pressure on the Blazers. The Pels are playing excellent basketball and are executing with unbelievable confidence.

The Trailblazers are now feeling the pressure to win in New Orleans but the Pels have figured out how to beat Portland. The secret in part is to attack the offensive minded Lillard & McCollum who aren’t terrific defenders. New Orleans is forcing the Portland guards to work defensively causing them to burn more energy affecting their offensive games.

This is going to be a huge game 3 Thursday night in The Big Easy. The Smoothie King Center will be jam-packed to the rafters for Playoff basketball.

The Pels will ride the wave of excitement of the home crowd but Lillard & McCollum will play more their all-star levels. I still thank New Orleans wins but Portland will refuse to be swept as they will play with determination to force a fifth game.