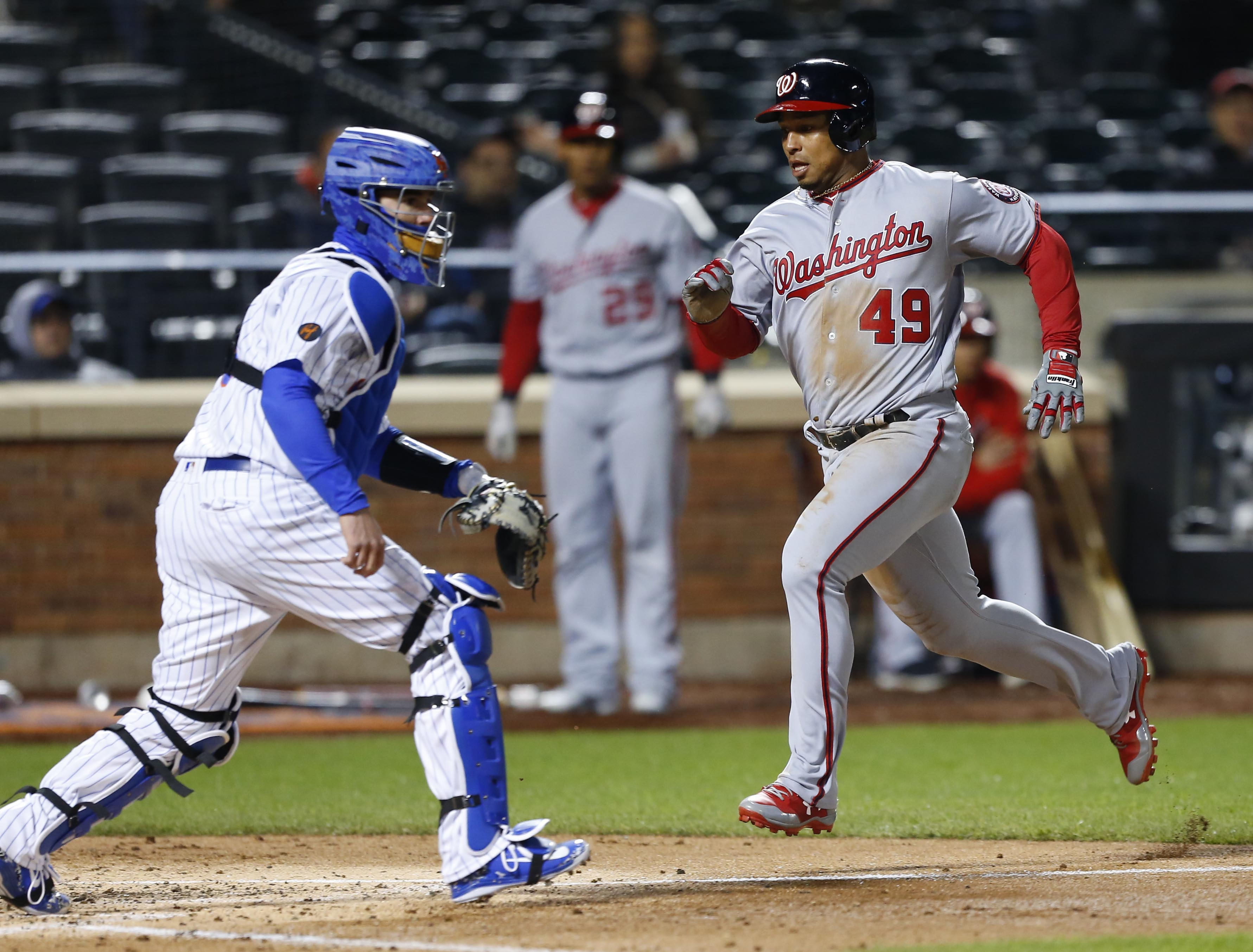 Sometimes, writers exaggerate for effect. While I’m tempted to do that in this space and tell you that Monday’s loss led to Tuesday’s 5-2 loss, honestly … I can’t say that. I don’t believe it. Tuesday’s loss was a matter of Gio Gonzalez continuing his mastery of the Mets (along with the bullpen who should have been an oasis for the Mets after Gonzalez left after 97 pitches, but instead just provided more miles of desert), while Zack Wheeler was just okay, (and okay is okay … Wheeler went 99 pitches and had a couple of tough innings, but finished strong) and the bullpen was mortal as Robert Gsellman gave up two runs in two innings. Tuesday’s loss was written in the stars. It happens even if Monday was the win it was supposed to be.

But Monday’s loss, while not directly leading to Tuesday’s loss, stinks even more because Tuesday’s loss was meant to happen. And it makes Wednesday’s Citi Field finale … a matchup between Steven Matz and Tanner Roark … a vital game for teh Mets early on. Nothing will leave a sour taste in the team’s mouths more than undoing all the good work they did in Washington by giving it all back to them. A series finale victory, even though the series is already lost, makes the season series 4-2 Mets, and that can be lived with on all counts.

Then there’s the matter of Jose Reyes, who came to bat as a pinch hitter with two runners on against Sammy Solis in the sixth. I can’t blame Callaway for putting Reyes up against Solis instead of Adrian Gonzalez and Michael Conforto. Reyes is a switch hitter, and his career numbers against lefties tells you that he should be the play. Plus, it’s only the sixth inning. Conforto was saved to hit later in the game, and had his chance against Brandon Kintzler in the eighth (he walked). Reyes had a terrible at-bat and struck out, while the chorus grew for Reyes to be banished to the pine barrens.

"I'm going to find a way," Jose Reyes says of climbing out of his 0-for-17 slump. #Mets pic.twitter.com/kxkZAaZmaH

Reyes says he’ll bounce back. He bounced back last season. But the deck is stacked against him this season. He got somewhat regular at-bats last season after everybody was exiled and nobody was playing third base. This season, the only way Reyes gets a start (or at least the only way Reyes should get a start) is if both Gonzalez and Cabrera get a breather, or on the very few days that Rosario is off. Reyes isn’t going to get enough regular work to get himself back on track. With no part of his game at plus production these days, there aren’t a lot of situations where he can make a difference in the positive. Hence, he becomes pretty much a dead roster spot if he can’t handle irregular work.

Might the Mets do better with Phillip Evans on the roster, who can play a bunch of positions (including catcher) while Asdrubal Cabrera becomes the “every once in a long while” shortstop? That’s a decision that Mickey Callaway is going to have to make on his own after he sees Reyes with his own eyes. The one thing about this new regime is that they seem to be a little more proactive in moving people around when they have an area of need. They could have left Hansel Robles up with the big club to work things out. Instead they sent him down to Vegas in favor of Gerson Bautista (who threw a scoreless ninth tonight). Brandon Nimmo was sent down. Jacob Rhame was sent down. Under Terry Collins if a guy was struggling, he would get every opportunity to learn how to shave with your face. Not anymore. These guys are trying hard to be one step ahead. They may have to be another step ahead when it comes to Reyes if he doesn’t all of a sudden morph into a skinnier Lenny Harris.