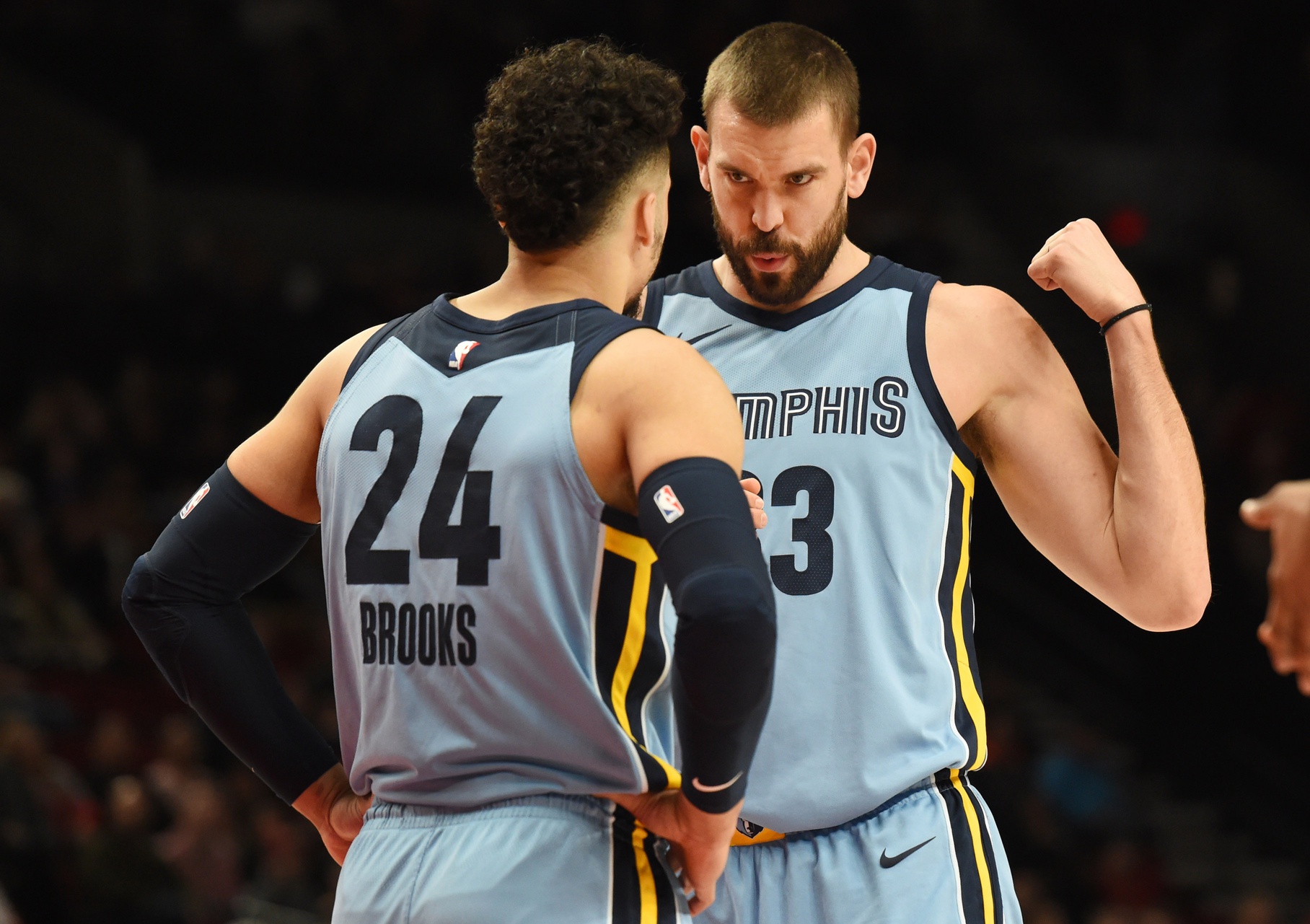 Myke Henry. Kobi Simmons. Omari Johnson. MarShon Brooks. These are some of the players (yes, NBA players) who saw the court for the Memphis Grizzlies in Game 82. Just how they drew it up.

Tanking has become more and more accepted by NBA fans in recent years. Despite some of the horrific lineups put out by the Suns, Mavericks, and Magic near season’s end, it gives fans something to root for, despite having a bad team or a lost season. Whether you agree with it or not, it’s an effective way to build a team. Trust the Process.

Like the Process, however, a proper tank generally has to last for a few years in order to see results. Often times, like the aforementioned Suns and Magic, those results never come. There’s still plenty of risk that comes with this strategy, and general managers have the responsibility to hit on the lottery picks they desperately tank for.

Enter the Memphis Grizzlies, a tanker unlike any we’ve ever seen.

The Grit N’ Grind Grizz seemed on the verge of a breakup. Their style of play was somewhat ancient, although head coach David Fizdale pushed them toward the future a bit. They had max money committed to two players who, while extremely talented, were injury prone and didn’t have the ceiling of “best player on a championship team.” It seemed like it was time for Memphis to blow it up and join the tank. And that’s exactly what they did. Just not how you’d expect.

Instead of trading a disgruntled Marc Gasol or trying to move Mike Conley’s contract, they pounced at an opportunity. Conley went down, and knowing that their chances to contend without him were slim, the Grizzlies jumped in the front of the tank line and did not care, focusing on a new goal: Obtain a lottery pick in a loaded draft that can contribute immediately with Conley and Gasol next season while also shaping the future of the team.

Sitting at the second best odds in the lottery, Memphis is poised to add a spectacular talent. Luka Doncic, a do-it-all forward who has incredible skill, passing ability, and basketball IQ for someone his age, would be a perfect fit. Doncic can start right away for the Grizzlies and, depending on his level of play, could get them back into the playoffs in 2019 (and many years after that). Or the Grizz could add a guy like Michael Porter Jr., another wing who’s NBA-ready and brings top-notch scoring and shooting next to Gasol.

Early in the season, it was clear the front office didn’t want to move on from their core. That may turn out to have been the right move. Memphis has well over $100 million committed to Gasol and Conley over the next couple of years, making it difficult for the team to get a fair return for their top guys. But at ages 33 and 30 respectively, there’s still something left in the tank, as long as they stay healthy.

There are still problems that Memphis must deal with. Everyone’s favorite interim, J.B. Bickerstaff, will not be the coach next year, and the Grizzlies must find one that can insert three-point shooting concepts to Grit N’ Grind (ironically, that’s what Fizdale was doing). The roster itself isn’t anything to write home about. Chandler Parsons is still getting paid $25 million annually until 2020, and outside of JaMychal Green and rookie Dillon Brooks, the supporting cast is mostly uninspiring.

Winning in the NBA is all about star power, and it’s been proven that the easiest way to acquire that is through the draft. The Grizzlies have a great chance to add a future stud to their roster come June, thanks to their tanking. But unlike the rest of the bottom feeders, Memphis already has two stars waiting to welcome their new addition.

If everything goes according to plan, Memphis will have won big just how they always do: the ugly way. Grit N’ Grind forever.