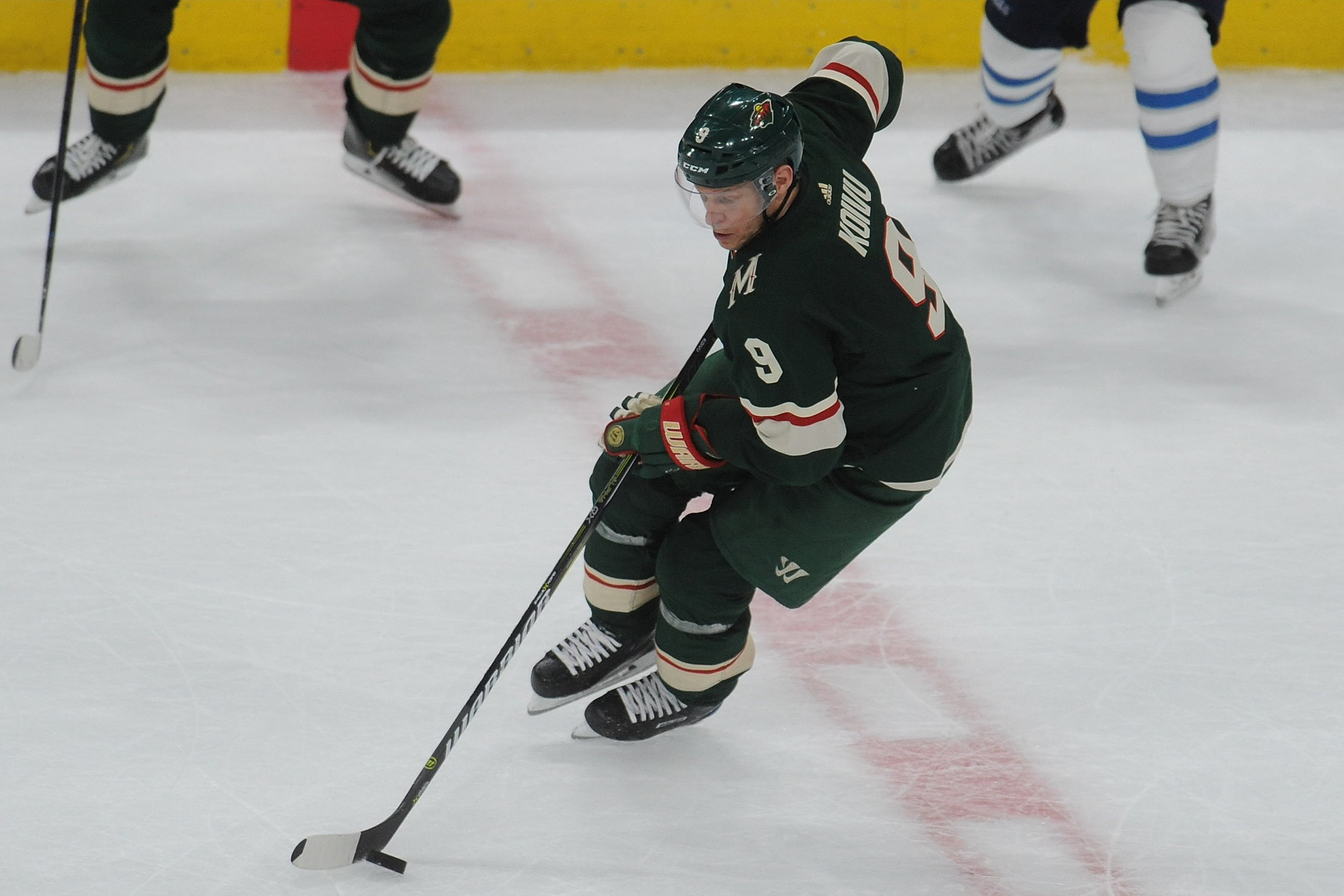 Well Wild fans, you got what you were calling for.  Kinda.  The NHL suspended Josh Morrissey for his head hit to Eric Staal that went uncalled in Game 4, that the Wild Head Coach Bruce Boudreau stated ‘cost us the game.’  While I agree it was a turning point in the game and find it hard to believe that it was missed, its probably an appropriate suspension given Morrissey’s history and as Fox Sports Net‘s and former Stanley Cup champion Tom Chorske said it offers some important perspective.

A cheap shot is intentional. As I said, this was carelessness. https://t.co/7FbecoCcqw

With this piece of news behind the team, Minnesota’s challenge will be to re-focus and doing all they can to win and bring the series back to St. Paul.  While much has been said about the hit and its possible effect on the game, the truth is the Wild played in a 1-0 game for most of Game 4 and couldn’t manage to bury the equalizer.  It was a game that was up for grabs, even after the missed call.  The Wild seemed hesitant to fully commit and take pucks into the high traffic areas and work their way in close on Connor Hellebuyck and the result was they were shutout.  UPDATE:  Tyler Myers will be back for Game 5, and he stated to the media this morning he didn’t feel there was any punch at all back in Game 3 and that it was simply an awkward play so he’ll likely take Morrissey’s spot in the Jets’ lineup.

Minnesota cannot afford to hold anything back if they want to win on Friday.  The Jets will not care the team is without Ryan Suter or Zach Parise.  Minnesota has to play with more desperation and play with the kind of reckless abandon they had in Game 4.  The Wild gave up the middle of the ice way too easily on Tuesday allowing the Jets to keep Minnesota to the perimeter in the offensive zone for most of the game.  Minnesota needs someone to step up and be willing to put their shoulder down and power their way towards the crease.  I’m looking at you Charlie Coyle, Jordan Greenway, Nino Niederreiter and Jason Zucker.

The stakes could be high for the team as some are speculating that Boudreau and Wild General Manager Chuck Fletcher could be on the firing line if the team does fail to win this series as Sportsnet‘s Elliott Friedman suggested.

I was flippant on Twitter about this earlier, but a series loss for the Wild has consequences. That's why Boudreau is so angry. https://t.co/uVmXaij5q0

Sportsnet‘s Sean McIndoe is even more specific in his article here about team’s facing the most off the ice pressure in the post-season.  While this may be news to those who do not follow the Minnesota Wild closely, there is a fair amount of angst from fans who feel as though the management has erred and anchored the team to a bunch of big money aging players.  The future, when looked at objectively looks kind of bleak.

Fans have realized that the team was aggressive as it tried to capitalize on the diminishing window for its high priced core of players.  However those deals have stripped the team of draft picks and compromised their space to afford some of their quality (younger) talent meaning they’ll likely have to be dealt as salary cap casualties.  But that will likely be awaiting the team no matter if it somehow manages to will itself to another dramatic 3-1 series come back or not.

So back to the game at hand, the Jets were able to be fairly patient and wait for their opportunities in Game 4.  Despite all of the discussion about the Jets explosive attack, the Wild have kept most of the games fairly close.  Patrik Laine has been the Jets most dangerous weapon all season and in the playoffs.  Mark Scheifele has been quietly efficient while Blake Wheeler, Nikolaj Ehlers and Kyle Connor have been used in more of a supporting role.

Yet arguably the most effective player in the entire series has been 33-year old Roseau, Minnesota-native Dustin Byfuglien.  Byfuglien has been a one-man wrecking crew for the Jets the entire series using his big body to light up Wild skaters on nearly every shift.  If the Wild ever wanted to make a statement in the series and I realize this is easier said than done, would be for even one shift for someone on the Wild to light up Byfuglien.  I think it would lift the spirits of the bench immensely and while it may cause Big Buff to want to go on a hitting rampage of his own, it might be a way to send a message that this series is far from over.  So if Greenway, Coyle and Marcus Foligno are reading, please make this happen.

The Wild are making a few roster adjustments, swapping out Carson Soucy in favor of Ryan Murphy and Kyle Rau for Tyler Ennis.  Soucy seemed to struggle in the defensive zone and was on the ice for Scheifele’s opening goal and Ennis was mostly invisible in Game 4.  Rau (23 goals in 69 games) was Iowa’s hottest scorer in the last stretch of games and has demonstrated at different levels of being a player that can deliver in the clutch.

So what else must the Wild do in order to win Game 5 and avoid elimination?

What do you think is important in order for the Wild to earn a win over the Jets tonight?  Tell us on Twitter @CreaseAndAssist or in the comment section below!