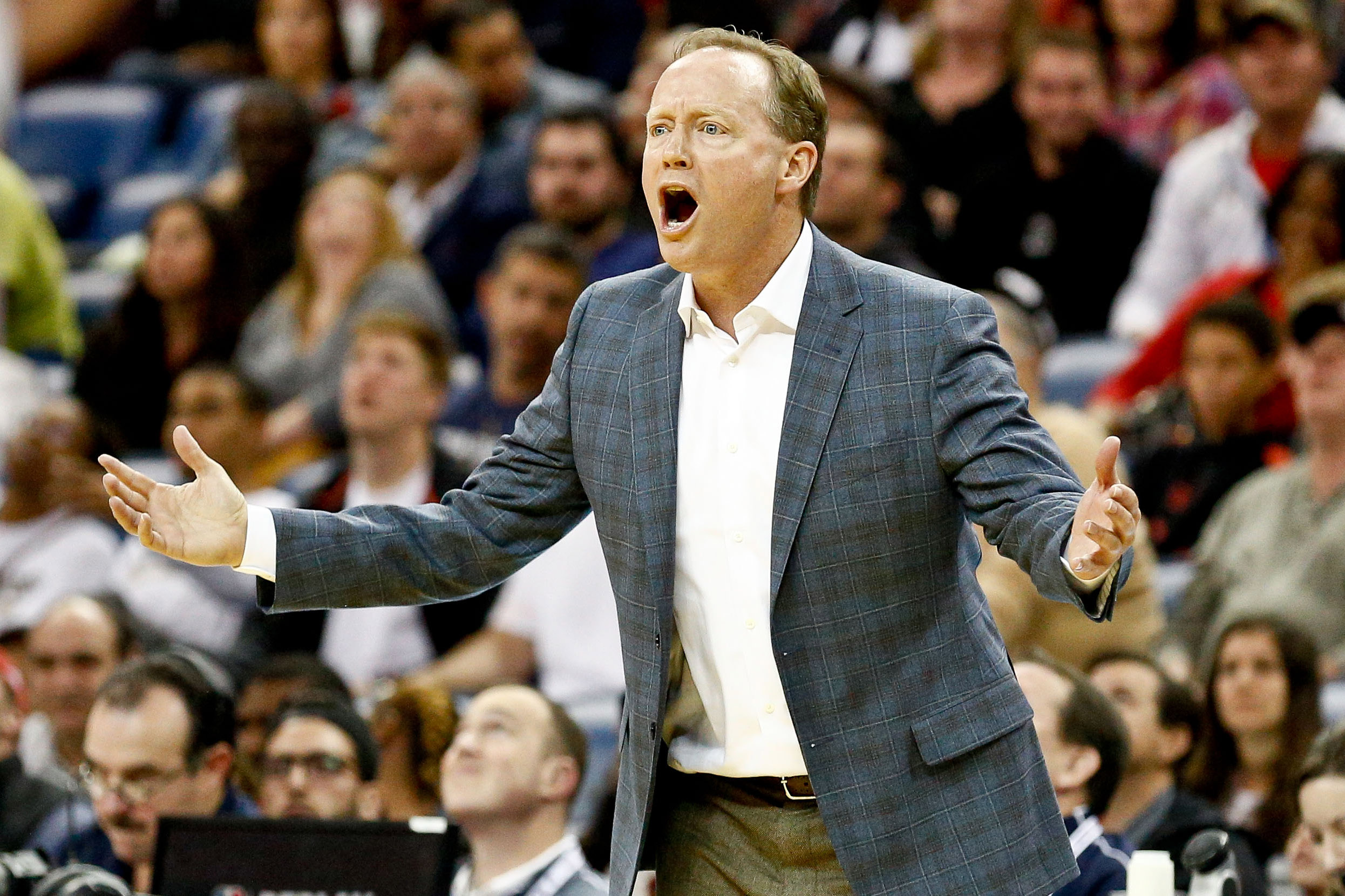 After what began as an intimate coaching search featuring a few familiar early favorites, the Knicks appear to be digging deeper and leaving no stone unturned. Next up on the interview list is Mike Budenholzer, the current Hawks head coach.

Atlanta coach Mike Budenholzer will meet with the New York Knicks on Sunday, per league sources.

Following four straight playoff appearances in Atlanta, Budenholzer and his squad are sitting out the postseason this year. Losing Paul Millsap to the Nuggets has seemingly spearheaded somewhat of a rebuilding phase for the Hawks. By all accounts, however, Budenholzer is a winner — he was honored with the Coach of the Year award in 2015, won four championships as an assistant with the Spurs, and holds a 410-213 record overall.

Not one to disregard development either, Budenholzer has a supporter in Tim Hardaway Jr. after revitalizing his career with an added focus on efficiency and defensive intensity. Still under contract with Atlanta, New York would likely need to compensate the Hawks if they were to pry the competitor’s coach away. Given his credentials, it just might be worthwhile.

Budenholzer isn’t the only coach from the Spurs’ coaching tree that the Knicks are planning to speak with.

The Knicks are meeting with David Blatt in Europe next week on head coaching job, and plan also to interview Spurs assistant coach James Borrego, league sources tell me and @IanBegley.

A longtime pupil of Gregg Popovich, Borrego returned to San Antonio in 2015 following a stint in Orlando as an assistant and interim head coach. While it might appear that he is garnering consideration for the Knicks’ top job, perhaps that isn’t the case just yet. Budenholzer and Borrego worked together on Pop’s bench from 2003-10. Currently sharing space on the San Antonio bench with fellow well regarded assistants like Ime Udoka, Becky Hammon, and Ettore Messina, a spot as Budenholzer’s top lieutenant in New York may be appealing to Borrego.

The Knicks are doing their due diligence with this search, and it’s important to understand that as the front office continues to have conversations, they may be exploring ways to complement and fill out the staff, rather than stay focused on one position. The possibility of working together again might motivate Budenholzer and Borrego to make the move to the Big Apple.