The Pelicans Sweep Portland 4-0, Advance To The 2nd Round Of The Playoffs 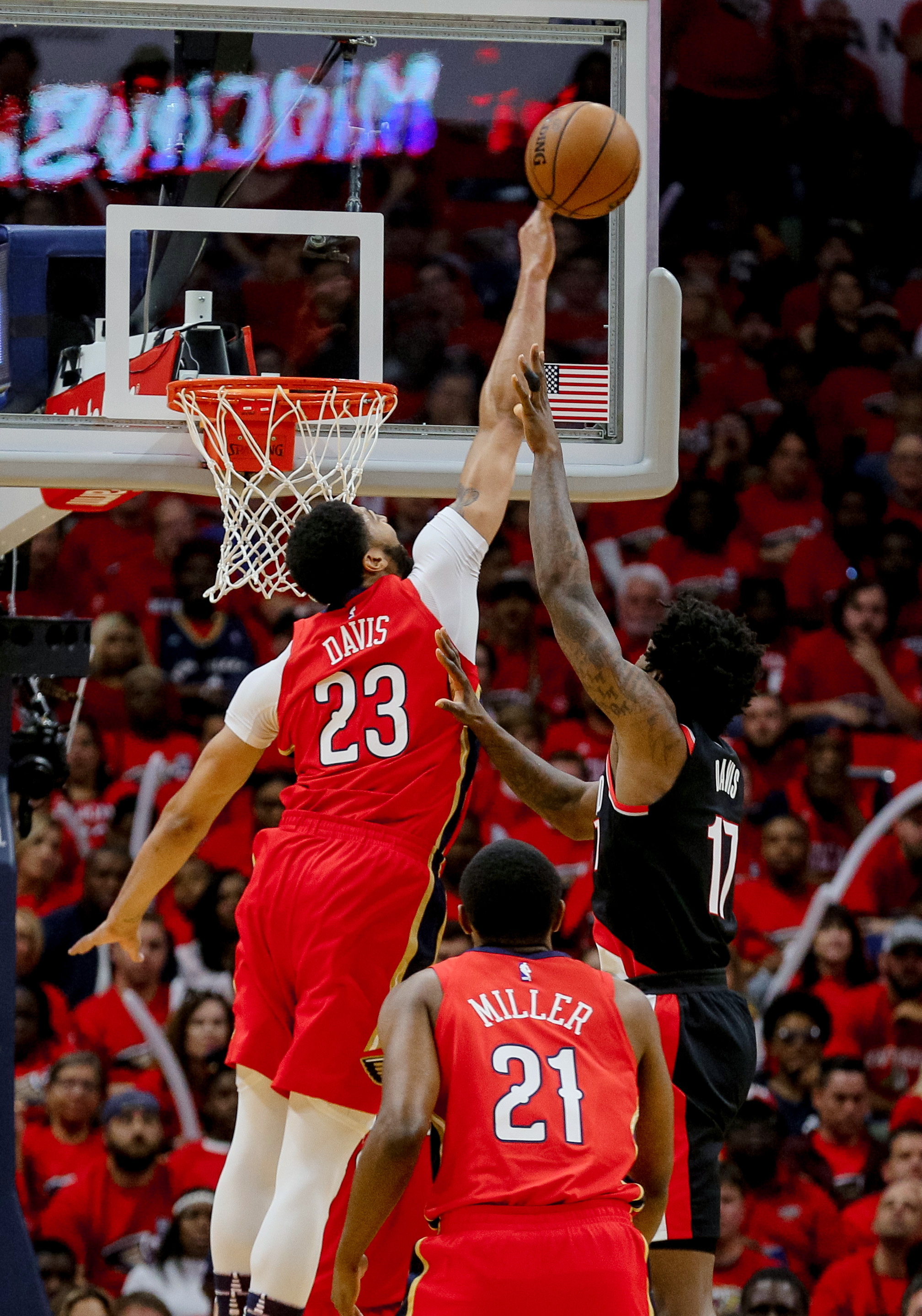 The Pelicans Sweep Portland 4-0, Advance To The 2nd Round Of The Playoffs

New Orleans,LA- The New Orleans Pelicans hosted the Portland Trailblazers in The Smoothie King for what could be an elimination game. The Pelicans came in up 3 games to nothing on the Trailblazers, totally and thoroughly dominating the team in the series.

The game started a little differently than the 3 prior match-ups as Portland was a lot more chippy, definitely playing with attitude. The first quarter was very exciting as Portland and New Orleans battled within a 1 point advantage. The 2nd quarter was marked by technical fouls and aggressiveness from both teams.

The hard fouling by Portland guard CJ McCollum on Pel guard Etwaun Moore threw double technicals. Rajon Rondo also got into it after slapping a dead ball out of the hands of Blazer rookie forward Zach Collins which also threw double techs after Collins pushed Rondo for it.

Anthony Davis & Jrue Holiday lead the Pelicans with 14 points apiece at half with the score 58-56 advantage New Orleans. In the third the Trailblazers tried to attack the Pelicans with a barrage of 3 pointers to pull the lead down.

New Orleans was up by as much as 18 points and had an answer for everything Portland wanted to do. The Pelicans were able to put up 42 points in the third quarter versus 31 by Portland.

The fourth was a battle as Trailblazer guard CJ McCollum went on a tear scoring 36 points on 14 of 20 shooting from the field for the game. The Pels did not relent as Jrue Holiday & Anthony Davis combined for 88 points of the 131. Holiday was more than impressive as his defense & offense on all-star Damian Lillard held him to 19 points.

The Pelicans floor general guard Rajon Rondo was special in circulating the ball as well as playing defense. Rondo posted 7 points 16 assists and 7 rebounds in a winning effort.

The Pelicans completed the close out of Portland 4-o & gave the team its 1st sweep in franchise history 131-123.

New Orleans shot 57% from the field and 36% from behind the three-point line. The Pels converted 32 of 39 free-throws for 82%. They also won the rebound, assists and blocks battles.

New Orleans had an work man type mentality in finishing of Portland & advancing to the second round of the playoffs. The Pels literally shut down Damian Lillard totally handicapping Portland offensively, excellent performance. The Pelicans were the first sixth seed to sweep a third seed in NBA history.

The Smoothie King Center was on fire once again helping the Pelicans against the Blazers. The Pelicans now can celebrate for a little while the 1st round domination of Portland & an excellent team effort. The next round’s opponent will be the Golden St Warriors who is manhandling the San Antonio Spurs 3-0. This will be an excellent series, stay tuned…..