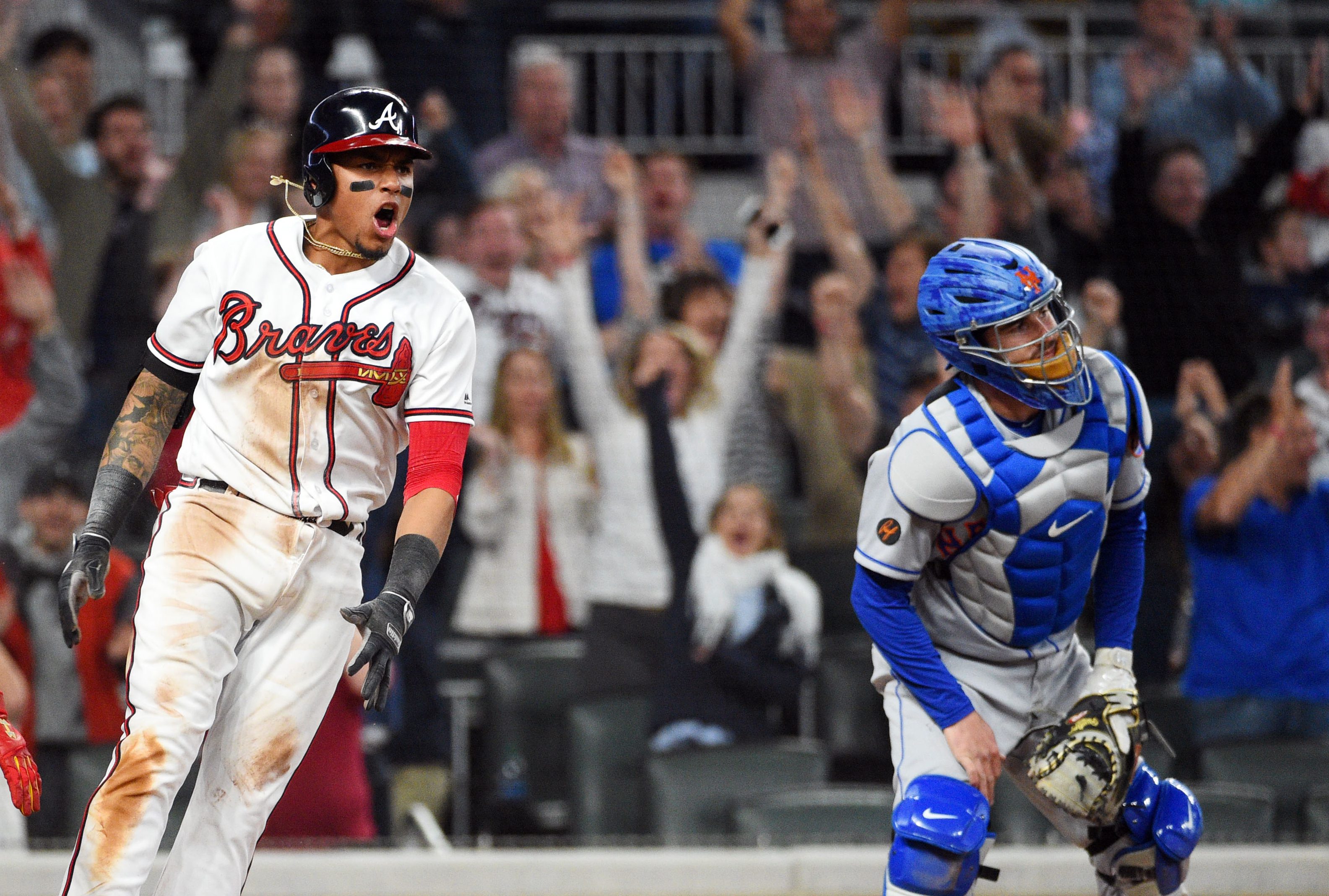 On Friday night, the bullpen pitched six scoreless innings to steal a victory. On Saturday, the bullpen blew a 3-0 lead in the eighth … the second Jacob deGrom win that they have blown away in the past six days.

Now … what could have happened to that bullpen between Friday and Saturday? I wonder …

"So like what, you guys plays cards out here and shit?" pic.twitter.com/f0Y3WVPaY3

In all seriousness, the Jekyll and Hyde nature of this bullpen lately is disturbing, especially when they’re all Hyde on the same night. A.J. Ramos is still an acid trip. And when an acid trip goes bad, it goes really bad. Ramos walking two batters, who both came around to score after Jerry Blevins threw Freddie Freeman a fastball (after showing him nothing but fastballs down five runs on Thursday) and Freeman smacked it for a double. But then Blevins K’d Nick Markakis, and then Jeurys Familia came in and struck out Preston Tucker, and you thought everything was going to be all right.

Paul Sewald was in the bullpen to back up Familia in the eighth, and while I’m not going to sit here and tell you that Sewald should have pitched the ninth with the benefit of hindsight, I thought that maybe this would be the night that we saw it, with the heart of the order in the rear view mirror and the bottom half due up. It would have taken some guts, and maybe in the future we will see something like that to avoid multiple four or five or even six out saves. Maybe that was part of Familia’s issue tonight.

Or maybe he just has this awful habit of walking the leadoff batter in an inning and driving everybody crazy. Familia walked Dansby Swanson, and then came the highest of high comedies of the night, as Johan Camargo hit a hard ground ball that just went under the glove of Asdrubal Cabrera (who should have been the hero as he busted open the scoring in the top of the eighth), and then … somehow … went all the way to the wall. Somehow, a grounder to second base turns into a triple. And it turned into a triple because Michael Conforto and Jay Bruce conducted a clinic on why late inning defensive replacements exist. The ground ball split between them, went all the way to the wall, and neither Conforto nor Bruce played the carom. Both of them bounced off of the wall and then chased it the other way. It was the most awfully played fly ball this side of Angel Pagan with his scenic routes and his alligator arms. Bruce has become Triples Alley with his bad feet, and Conforto really shouldn’t be playing center field anyway. Juan Lagares probably should have been in the game at that point.

The rest, you could probably predict. After Kurt Suzuki’s liner went off of Todd Frazier’s glove for a aingle and Charlie Culberson struck out, Ender Inciarte dragged a bunt to the Phil Niekro statue (who would have had a better chance to field it than our statue, Adrian Gonzalez), and Camargo scored to win the game for the Braves. The Mets’ bullpen is 0-1 since Matt Harvey joined it and sat there like Mr. Rooney at the end of Ferris Bueller’s Day Off.