Anze Kopitar has been nominated for the Frank J. Selke Trophy 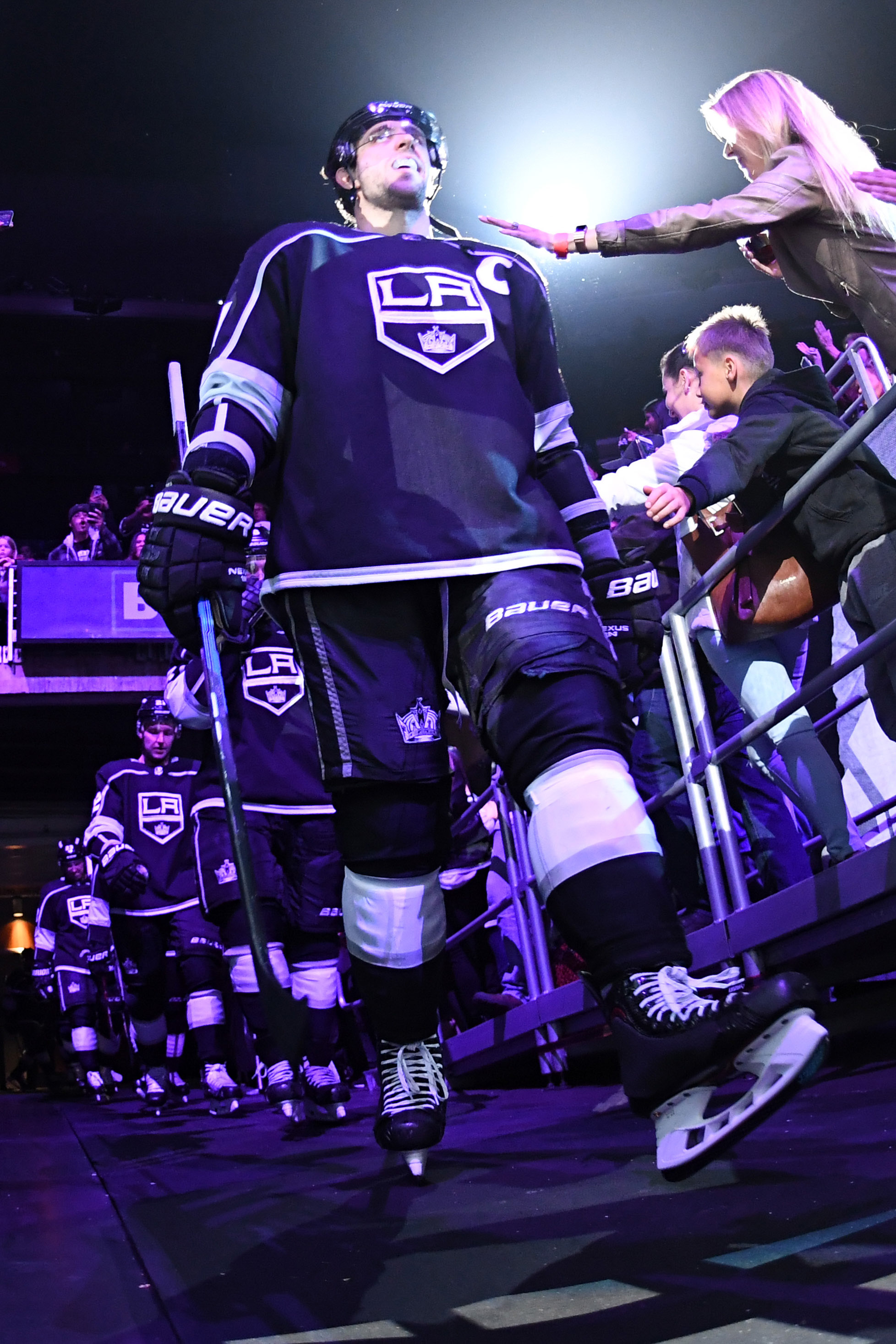 Anze Kopitar has been nominated for the Frank J. Selke Trophy

The Selke Trophy is an annual award given to the forward who best excels in the defensive aspects of the game. The winner is selected in a poll of the Professional Hockey Writers’ Association at the end of the regular season.
Kopitar won the Selke Trophy in 2016. He is the only Kings player to win the award in franchise history.

The trophy was first awarded at the end of the 1977-78 NHL season. It was named after Frank J. Selke, former general manager of the Toronto Maple Leafs and Montreal Canadiens.

Patrice Bergeron of the Boston Bruins and Sean Couturier of the Philadelphia Flyers are the other finalists for the 2017-18 Selke Trophy.

The 2018 NHL Awards will be held on Wednesday, June 20, at The Joint, Hard Rock Hotel & Casino’s state-of-the-art concert and entertainment venue. NBCSN will broadcast the event live at 5 p.m.

Kopitar took 37 percent of his team’s faceoffs, the third-best mark in the league, and led his team with a 54.1 percent faceoff win rate, which was also the best mark of his career.

Registered his 500th career assist on Dec. 5 versus the Minnesota Wild

Registered his 800th career point (the fourth Kings player to reach 800 points with the franchise) in his 900th game on Feb. 20 on the road against the Winnipeg Jets

Won the Bill Libby Memorial Award (for the sixth time) as the club’s Most Valuable Player and was named the club’s Defensive Player of the Year Award (fifth time, tying Mattias Norstrom for most wins all-time) as voted by the local media

In the playoffs, he scored his 21st career playoff goal (in Game 3) to surpass Dionne for sixth on the Kings all-time playoff goals list

Picked up his 45th career postseason assist, third most all-time among Kings players