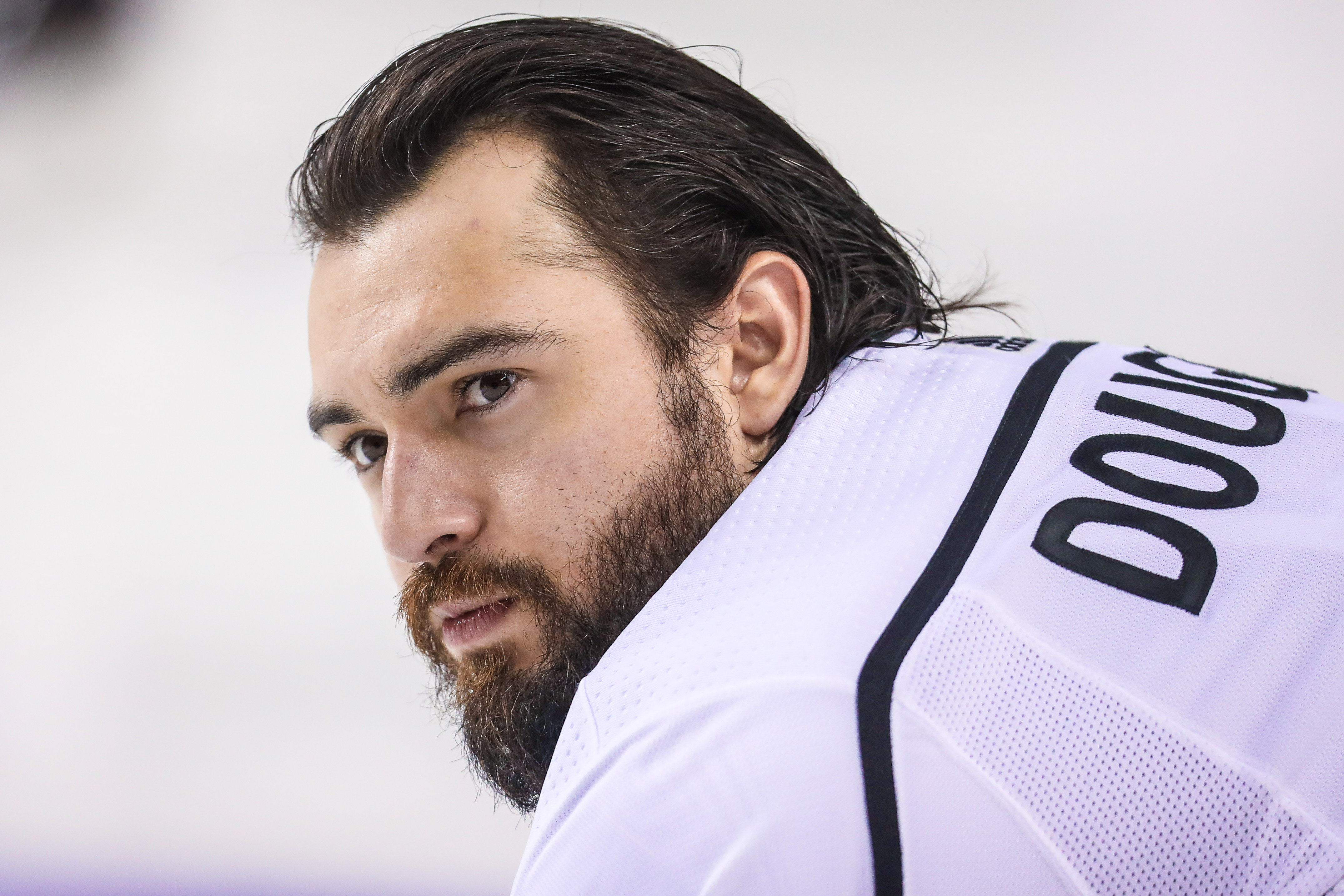 The National Hockey League announced today the list of nominees for the 2017-18 King Clancy Memorial Trophy, and Drew Doughty of the LA Kings was nominated. The trophy is awarded “to the player who best exemplifies leadership qualities on and off the ice and has made a noteworthy humanitarian contribution in his community.”

The three finalists for the 2017-18 King Clancy Memorial Trophy will be announced on Monday, April 30, and the winner will be revealed on Wednesday, June 20, during the 2018 NHL Awards™ presented by Hulu at the Hard Rock Hotel & Casino in Las Vegas.

The selection committee will apply the following criteria in determining the finalists and winner of the King Clancy Memorial Trophy:

– Investment of time and resources
– Commitment to a particular cause or community
– Creativity of programming
– Use of influence; engagement of others
– Measurement of impact

History
The trophy was presented in 1988 by the National Hockey League Board of Governors in honor of Frank “King” Clancy, a beloved figure in the NHL for decades as a player, referee, coach, manager and goodwill ambassador. A three-time Stanley Cup champion and 1958 inductee to the Hockey Hall of Fame, Clancy was voted as one of the 100 Greatest NHL Players during the League’s Centennial Celebration in 2017.

Announcement Schedule
The three finalists for NHL Trophies are being announced by NBC Sports in the United States and Sportsnet/TVA Sports in Canada during pregame programming for the Stanley Cup Playoffs through Monday, April 30. The series of announcements continues on Tuesday, April 24, when the three finalists for the Mark Messier NHL Leadership Award will be unveiled.