So what will John Sterling's home run for Gleyber Torres be? 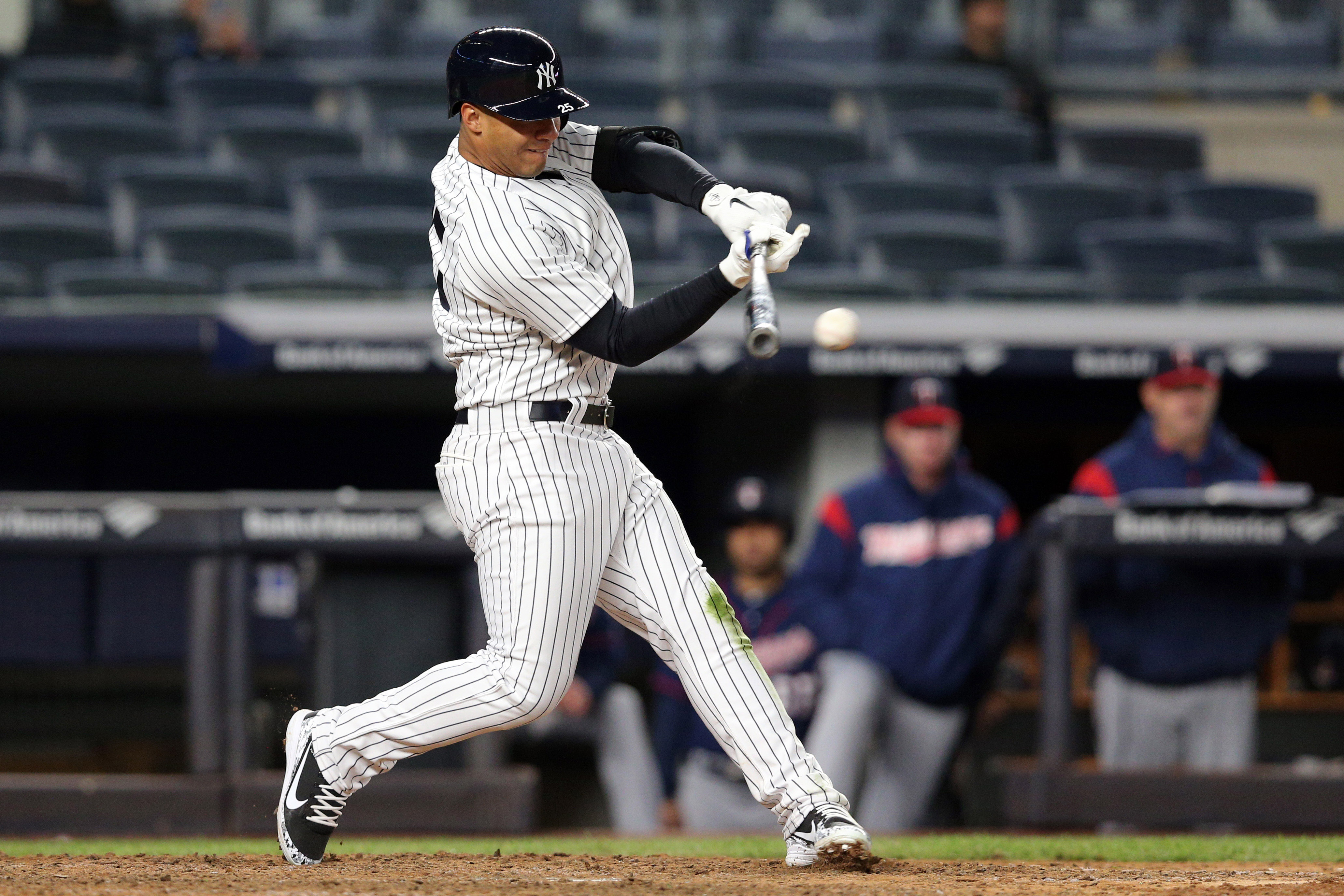 So what will John Sterling's home run for Gleyber Torres be?

My vision of John Sterling coming up with his home run calls.

The hits keep on coming. The Yankees are becoming their youngest team in decades — on Sunday, everybody in their starting lineup was under 30 — as they bring up highly-touted prospects like Miguel Andujar and Gleyber Torres. Andujar already got not one but two calls from  Yankee radio voice John Sterling: “Andujar hit it far! And he’s getting Miggy with it.”

Sterling has finally entered the hip-hop era with his calls. What’s next? A mashup of musical styles in his calls? The mind boggles. As far as his home run calls, though, that one is a pretty good one. (The Captain’s Blog keeps a running list of all his calls; a vital public service!)

I always think of Sterling late at night in his hotel room, drinking a little cognac, wearing a smoking jacket, and looking a little like Allistair Cookie from Sesame Street’s “Monsterpiece Theater,” while he writes with a fountain pen on a yellow legal pad as he comes up with his bon mots. “Andujar is a star?” he muses, while looking for just the right call.

Apparently, he’s still working on that Giancarlo Stanton call, which has been so controversial, even TMZ interviewed Sterling about it! To Sterling’s credit, he doesn’t take the criticism very seriously, and is thrilled with all the attention, both good and bad! It’s a fun interview, with even a mention of Sterling’s Italian girlfriend, and how he asked Berlitz for a translation. Last week, Sterling debuted another call for Stanton, with singing. Words can’t describe it; you have to listen to it!

But I digress. My question today is what will Gleyber (pronounced GLAY-ber, although it’s possible Sterling could pronounce his name as GLIE-ber) Torres get for his home run call? I polled my Facebook friends on this, and these are what they have come up with so far:

My guess is that Sterling will channel another PBS show — Mr. Rogers’ Neighborhood — and sing “It’s a beautiful day in the Gleyberhood!” as his home run call. It’s corny, it’s cheesy, and it’s fun. That’s a Sterling call at its best!