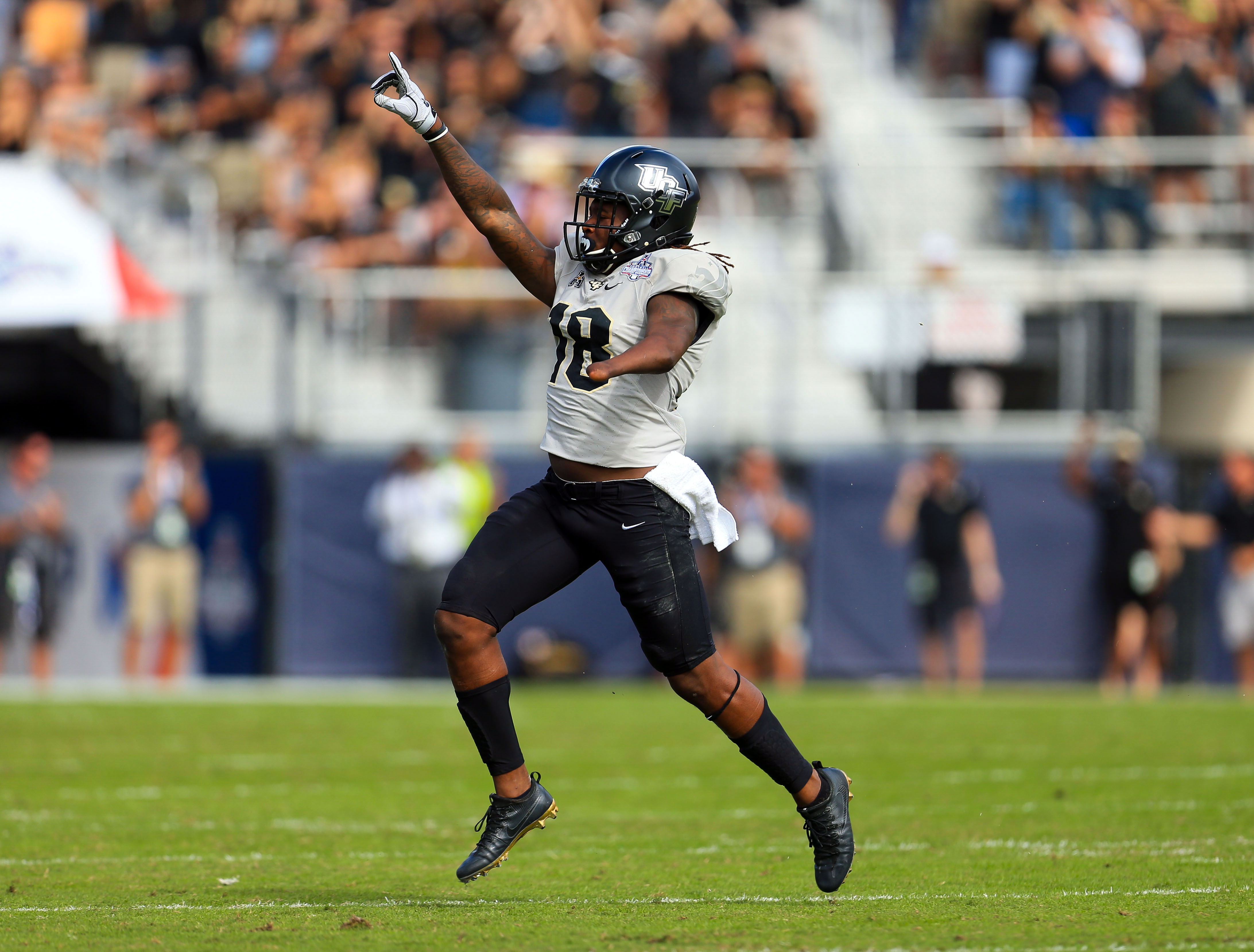 What will the Rams do in this week’s NFL Draft? Here’s a full seven-round mock draft for Los Angeles NFL fans.

One of the best linebackers left on the board. Warner has the athleticism and intangibles to take over from traded linebacker Alec Ogletree.

He’s the perfect centerpiece for Wade Phillips to mold and Warner pairs nicely with returning linebacker Mark Barron, who can teach him the finer points of coverage. Warner can play all three downs and has the benefit of learning from every level of the defense.

You can’t teach speed or intestinal fortitude and Griffin has plenty of both. Griffin can learn a multitude of pass rush moves from Ndamukong Suh and Aaron Donald.

Philips will put him in a position to rush the passer with stunts and blitz packages. He’s a weapon that knows his functionality within a defense.

Ballage is the best available running back. He is a perfect fit for Sean McVay’s offense as his pass catching and blocking skills make him a vital asset to pair with Todd Gurley.

Ballage a power back with home run speed who can play slot receiver. He is much better than Malcolm Brown and Justin Davis plus he brings much needed kick returner value.

Double down on offensive weapons. Hines would be the fastest back on the Rams and can play receiver, running back and return kicks and punts for cheap.

In so many words, he’s the perfect Tavon Austin replacement. Drafting him makes it easier to part with Austin. Good luck matching up with Gurley, Ballage and Hines on the field at once.

It’s criminal that this receiver is still on the board. Wilson has third round talent and could arguably overtake Cooper Kupp. He’s a masterful route runner and embodies the big play.

As the fourth receiver who can return kicks and punts, Wilson puts the Rams offense over the top. He’s incredibly tough and gives Jared Goff yet another safety valve. He’s a perfect fit.

Another great Missouri defensive lineman, Frazier can come in and be a true 3-4 pass rusher. He may not be as great as Robert Quinn but he can develop and grow with fellow rookie Shaquem Griffin to form an unorthodox pass rush tandom. Frazier has 4.63 speed and a relentless motor just like Griffen.

Another solid, tough corner who will add to the intensity of the cornerback group. Maddox will cut his teeth on special teams and have time to learn from Aqub Talib, Marcus Peters, Sam Shields and a starting slot corner Nickell Robey-Coleman.

For where’s he’s drafted that’s a steal. With his size and 4.32 speed, Moore has great upside at free and strong safety. His physicality and ball skills complement LaMarcus Joyner perfectly.

How did we do in our latest mock draft for the Rams? Let us know on Twitter.