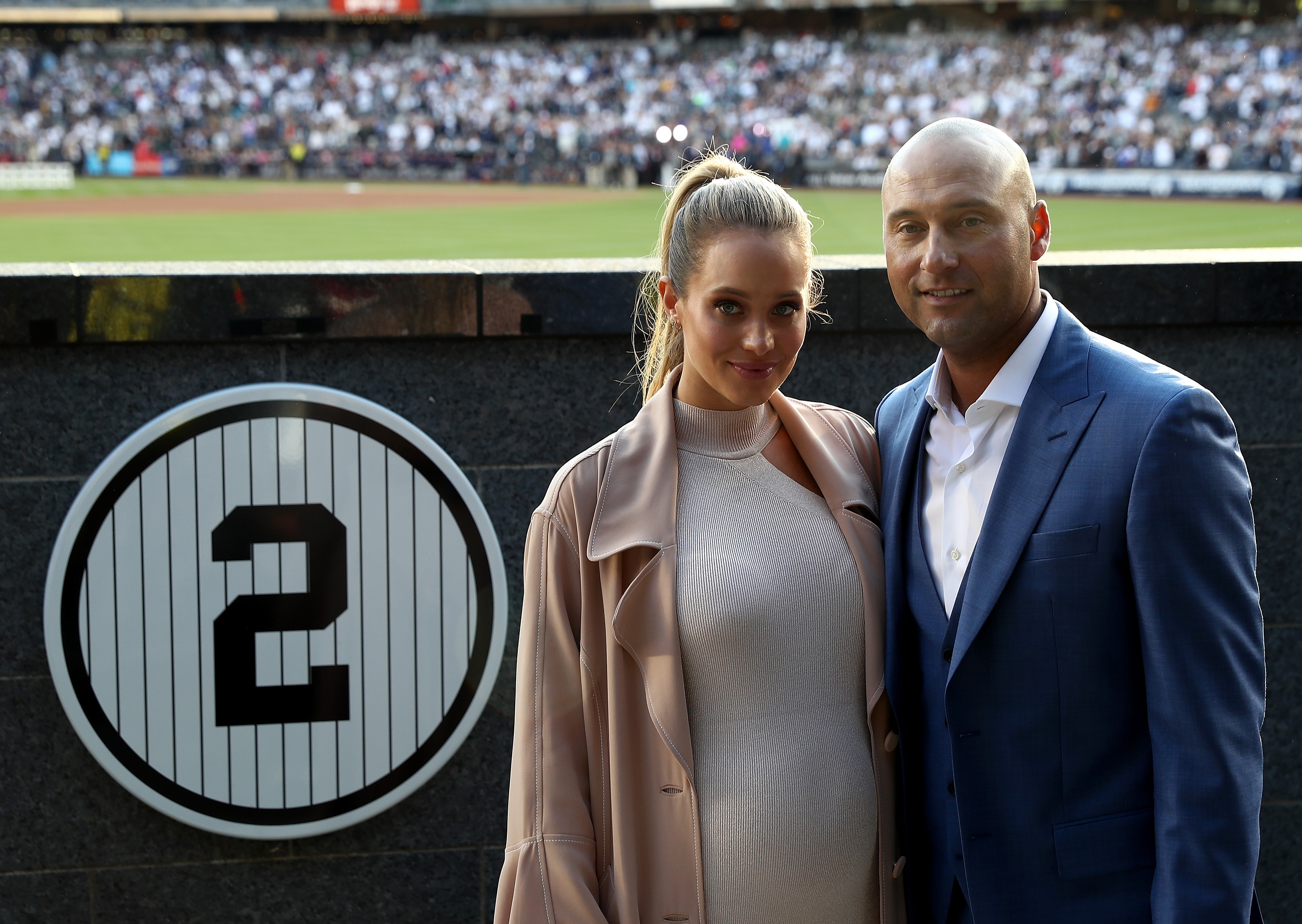 Some of the people Derek Jeter fired since taking over as part-owner of the Miami Marlins. This screenshot is from the HBO interview on REAL SPORTS with Bryant Gumbel.

When you have your tuchis kissed for 20 years, is it any surprise you think you’re infallible? That’s the story with Yankee legend Derek Jeter. We always heard about how smooth and media-savvy he was in the Bronx. But it’s easy to come across well when the so-called tough NYC media rarely asked him a tough question. Now that he’s in a completely new role, as CEO and part-owner of the Miami Marlins, he’s actually facing criticism in the media (the non-Squawker media, that is!) for the first time ever.

Bryant Gumbel’s interview with the former Yankee captain on HBO’s REAL SPORTS with Bryant Gumbel, which aired for the first time last night, has been very controversial, thanks to Jeter acting testy with Gumbel in a previously released clip. After being asked whether the Marlins were “tanking,” Jeter calls Gumbel “mentally weak” and says he “can’t wait” to get the interviewer “on the golf course.” Huh? Gumbel is pushing 70, and Jeter is a retired professional athlete in his 40s. What will being on the golf course together prove, exactly?

Between Jeter’s insults, obsession with golf, and him taking on a whole new field he has zero experience in, he sounds a little like Donald Trump here, and that’s obviously not a compliment!

The thing is that Gumbel wasn’t even doing a particularly tough interview, yet you could tell Jeter wasn’t exactly pleased. I watched the whole thing this morning, and I thought of multiple questions/topics Gumbel should have broached, but didn’t. Here are the things I would have liked to have seen Jeter asked:

I’m sure there are many additional questions Gumbel could have asked Jeter. Frankly, I was a little disappointed with the interview; too many missed opportunities. But it doesn’t say much for Jeter’s “savvy” with the media to give that “mentally weak” soundbite, which has been featured in so many stories about this interview. Makes him sound like he has paper-thin skin.

Is it possible Jeter could turn out to be a great owner? Of course. But so far, I haven’t seen him show any great knowledge or plan on how to do anything with the Marlins other than put more money in his pocket. You would think he would have enough money, but let’s not forget that this is the guy who sold his used socks for $410 each.

My guess is that he’ll loot this franchise for as much as he can, and in five years or so, sell out, saying he needs to spend more time with his family or some such nonsense. Would love to be proven wrong, but we shall see.

Want to Squawk back? Comment on social media or email me at subwaysquawkers@gmail.com!