Chargers Full Mock Draft: Who will L.A. take in the 2018 NFL Draft? 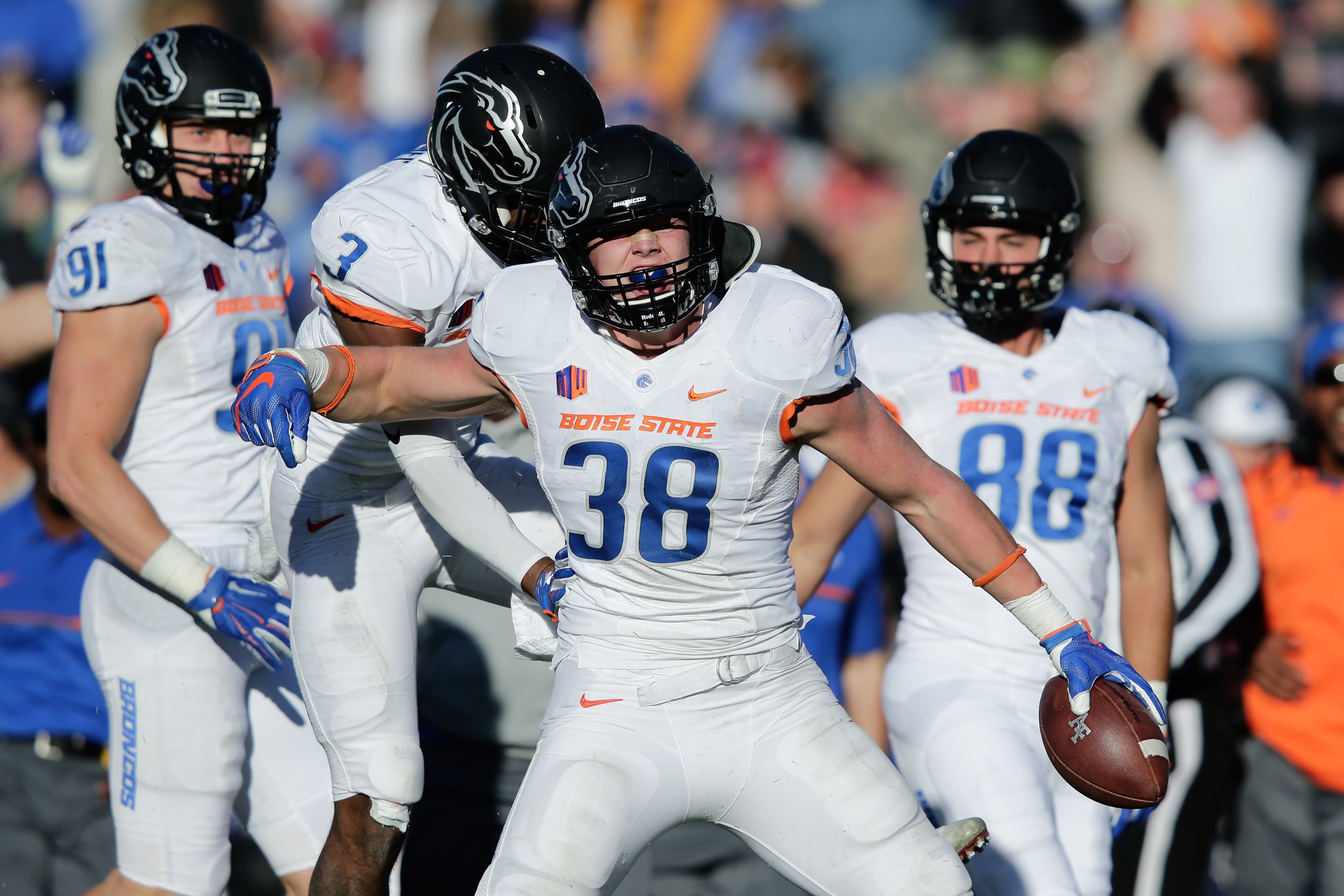 Chargers Full Mock Draft: Who will L.A. take in the 2018 NFL Draft?

What will the Chargers do in this week’s NFL Draft? Here’s a full seven-round mock draft for L.A. NFL fans.

The Chargers need better linebacker play and Vander Esch is fast, physical and great against the run. He can play all three linebacker spots and ultimately replaces Denzel Perryman at middle linebacker.

Tackle is a need but the defense being solidified will go a longer way than developing a tackle over the next few years.

Best safety left on the board. He’s the perfect replacement for Tre Boston because Reid is fast, physical and incredibly smart coming out of Stanford.

He’s a day one starter and solidifies an already great, young secondary. This is a great value pick.

The Chargers lack a true three technique and Hall is the most athletic and explosive interior defensive tackle in this draft. Pairing him with Joey Bosa and Melvin Ingram only adds to the speed of that Chargers defense.

Melvin Gordon is food but the Chargers haven’t had a back that can stay healthy behind him. Ballage is faster with better receiving skills and can be a Michael Turner-esque backup.

He’d be a day one contributor and can help improve the Chargers kick and punt return game. Ballage also has experience playing in the slot dating back to his Arizona State days.

This is the perfect round to go draft Harrison. He is supremely athletic and can be molded into the left tackle of the future.

To start off, Harrison can compete at right tackle and get a crash course in pass blocking 101 against Joey Bosa and Melvin Ingram every practice. The Chargers have everything to gain from this pick.

Another great project, Jacobs is strong with 4.48 speed and can be molded into a defensive end or linebacker. They’ve had some success with Jatavis Brown, who has similar traits and skill sets.

One of the biggest steals in the draft if he falls that far, Nickerson fits the profile of what the Chargers already have at corner in Casey Heyward and Jason Verrett.

Nickerson has 4.32 speed and is a tremendous ball hawk. He can come in and start in the slot and allow for the Chargers to run multiple coverages and blitz packages.

How did we do in our latest mock draft for the Chargers? Let us know on Twitter.