Overstating the obvious: Matt Murray will set the tone of the series 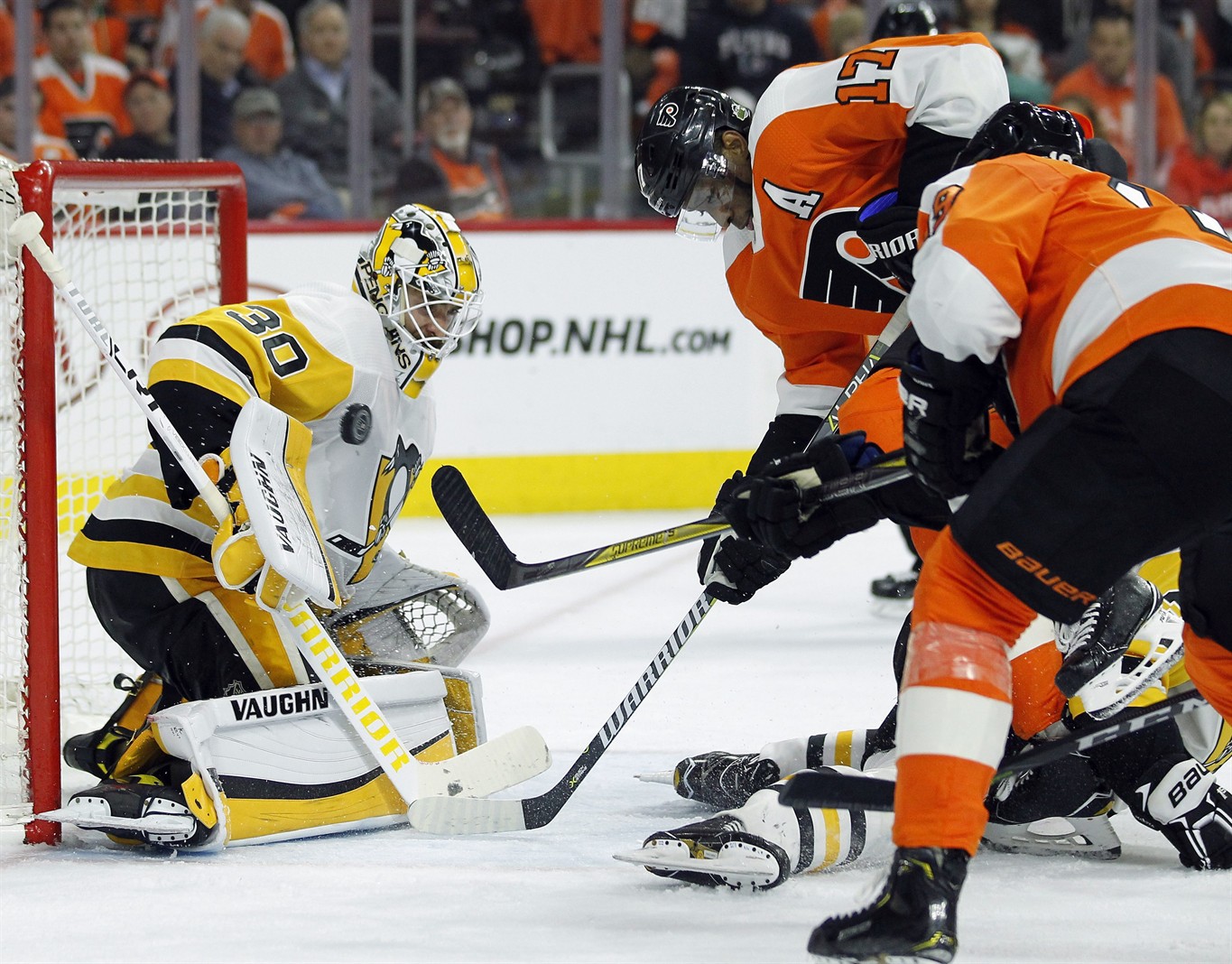 Overstating the obvious: Matt Murray will set the tone of the series

Hockey media started vigorously jacking it as soon as Washington eliminated the Blue Jackets on Monday night. Since this is the third straight Metropolitan Division Second Round series between the Pens and the #smallcaps, some writers think it is acceptable to recycle ideas or stories from 2009, 2016 or 2017 about the team rivalry or the Crosby vs. Ovechkin rivalry.

In truth, only a few remaining deluded, unoriginal stragglers in D.C. think there is a rivalry. We could easily write a 10-volume encyclopedia about how forcefully Pittsburgh has broomsticked Washington in the Stanley Cup playoffs over the past 27 years, but that would be like shiving the corpse of a conquered enemy.

Redundant. Too easy. Waste of time.

Let’s focus on the present. The man who contributes the most to the chance of a Pittsburgh three-peat is still goaltender Matt Murray.

Not Sidney Crosby, not Evgeni Malkin, not Phil Kessel, not even Patric Hornqvist.

In the playoffs, the single most important player on the ice for any true contender is the goaltender. This is probably the most obvious statement of all time but since there is a swamp of people in Pittsburgh still stewing about Em-Ay-Eff being left off the protected list last summer, it (sadly) needs to be repeated over and over again.

Consider last night: high-scoring Toronto put four on the board in the first two periods to take a 4-3 lead in Game 7 at Boston. Yet Toronto’s defense was horrific all night and when Frederik Andersen – a generally solid goaltender – needed to make big stops to bail out his team in the third, he could not, and the Bruins put three unanswered goals past him to take the series.

Contrast that to Pittsburgh clinching their series in Philadelphia on Sunday. The Pens started sloppily on defense. Murray looked slow to react on a few Flyers’ goals. But after the Pens took a 5-4 lead in the third, Murray locked down his cage especially during two penalty kills. On a day when goals were easy to come by, Murray still made enough big stops to bail out his team.

The turning point in the series came 75 seconds into Game 3 in Philadelphia, the series tied 1-1 and the game 0-0. Nolan Patrick accelerated up the right wing boards and breezed by Olli Maatta. If Murray doesn’t snatch that puck out of the air, things could have turned out very differently in that game and the series.

The goalie sets the tone.

Similarly, two years ago, the turning point against the Capitals came in the opening minutes of another Game 3 of a tied game and tied series. T.J. Oshie streaked by Brian Dumoulin and cut to the slot but Murray again, plucked the shot out of the air. He would go on to make a career-high 47 saves against Washington, giving the Pens a 3-2 win. It was this high-leverage performance that confirmed Murray as the undisputed starting goalie on the team.

The goalie sets the tone.

The Wins Above Replacement (WAR) concept is slowly being adapted from baseball to hockey. Corsica WAR considers the replacement-level standard of comparison as a league-minimum salaried player (think of Antti Niemi). By WAR per 82 games, Murray ranks  8th-best in the NHL over the past 3 regular seasons (2015-16 to 2017-18) for goaltenders who played the same or more minutes as Murray.

Taking into account how young Murray still is, among Murray’s draft class (2012), only Connor Hellebuyck, Andrei Vasilevskiy and Andersen are starting goaltenders in the NHL but Murray has lapped the field in terms of postseason success.

His ability to rebound from playoff losses is well-known. 10-1, 0.927 SV% and 1.82 GAA. After his first-ever two-game playoff losing streak during the Final last year, he closed out Nashville with two straight shutouts then added another to open this postseason two weeks ago versus Philadelphia. Last Wednesday he blanked the Flyers again making it six shutouts in 36 career playoff games, a pace unseen since Mike Richter recorded six shutouts in his first 31 playoff games.