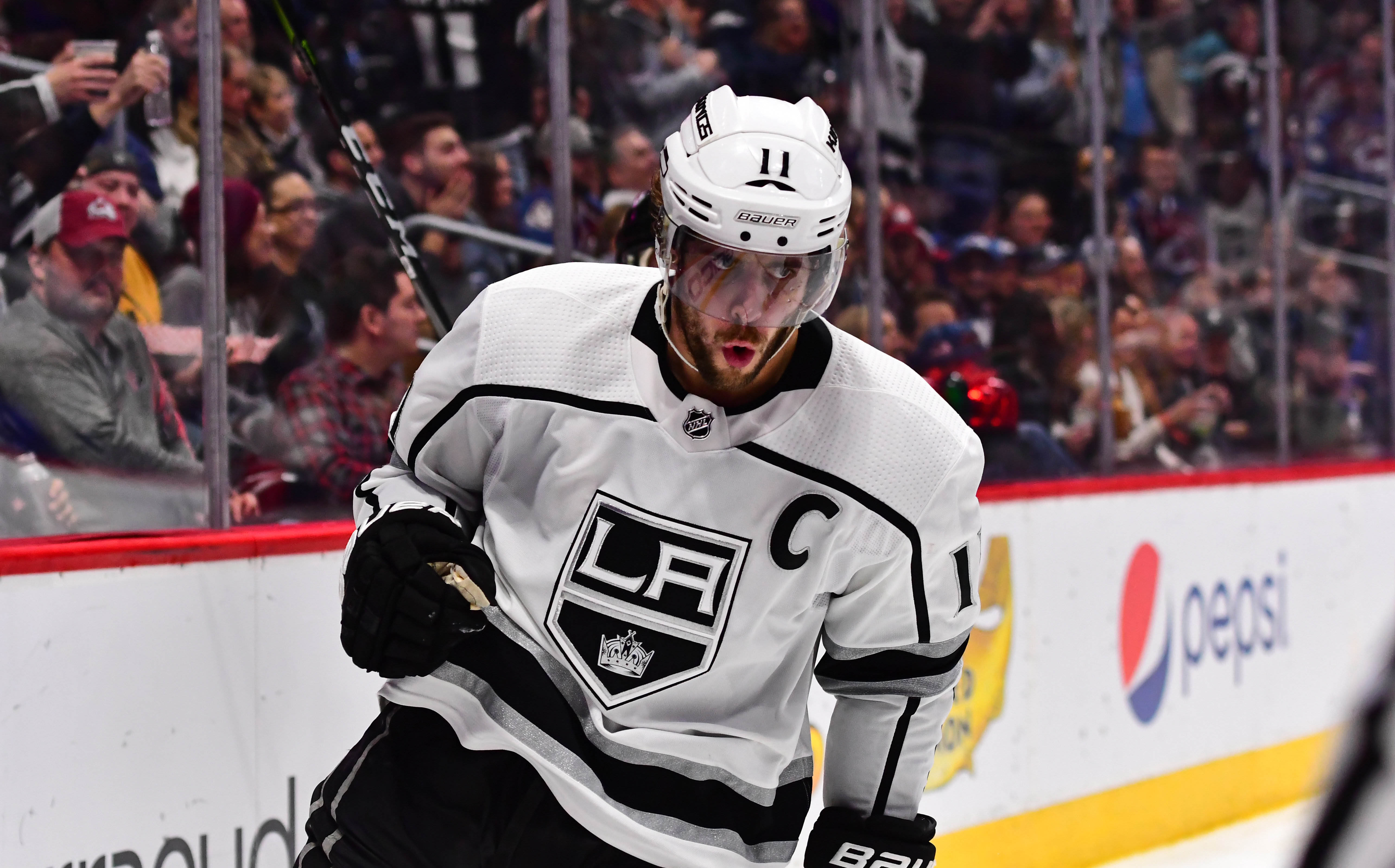 The Hart Trophy is an annual award given to the player judged to be the most valuable to his team. The winner is selected in a poll of the Professional Hockey Writers’ Association in all NHL cities at the end of the regular season.

Via the LA Kings:

Kopitar was also named a finalist for the Frank J. Selke Trophy — given to the forward who best excels in the defensive aspects of the game — last Tuesday.

He won the Selke Trophy in 2016 and is seeking to become just the third player in NHL history to win both the Selke and the Hart, joining Hockey Hall of Famers Sergei Fedorov and Bobby Clarke on the prestigious list.

Kopitar could also be just the second player ever to capture both awards in the same season. Fedorov picked up Selke and MVP honors in 1994.

Taylor Hall of the New Jersey Devils and Nathan MacKinnon of the Colorado Avalanche are the other finalists for the 2017-18 Hart Trophy.

The winner will be presented at the 2018 NHL Awards in collaboration with Hulu at the Hard Rock Hotel & Casino on June 20. NBCSN will broadcast the event live at 5 p.m.

Along with Kopitar’s nominations for the Hart and Selke Trophies, the Kings will also be represented at the NHL Awards by Drew Doughy, who was named a finalist for the James Norris Memorial Trophy, and Jonathan Quick, who will be presented with the William M. Jennings Trophy.

• Registered his 500th career assist on Dec. 5 versus the Minnesota Wild

• Registered his 800th career point (the fourth Kings player to reach 800 points with the franchise) in his 900th game on Feb. 20 on the road against the Winnipeg Jets

• Named the club’s Defensive Player of the Year Award (fifth time, tying Mattias Norstrom for most wins all-time) as voted by the local media

• In the playoffs, he scored his 21st career playoff goal to surpass Dionne for sixth on the Kings all-time playoff goals list

• Picked up his 45th career postseason assist, third most all-time among Kings players

Only 22 forwards recorded 165-or-more minutes on the PK, and while Kopitar recorded 92 points on the season, the other 21 forwards registered an average of 28.6 points, and the next closest players were Mikael Backlund of Calgary and Mikko Koivu of Minnesota, who each had 45 points.

As a team, Kopitar and the Kings led the league in penalty kill percentage at 85.0% and finished first in the NHL in GAA (2.46) and first in total goals against overall.

Kopitar recorded 31 more points than the second-highest scoring player on the team (Dustin Brown, 61), which was the third largest deficit among the top two scorers on any team (Hall led by 41 points and Connor McDavid led by 38).