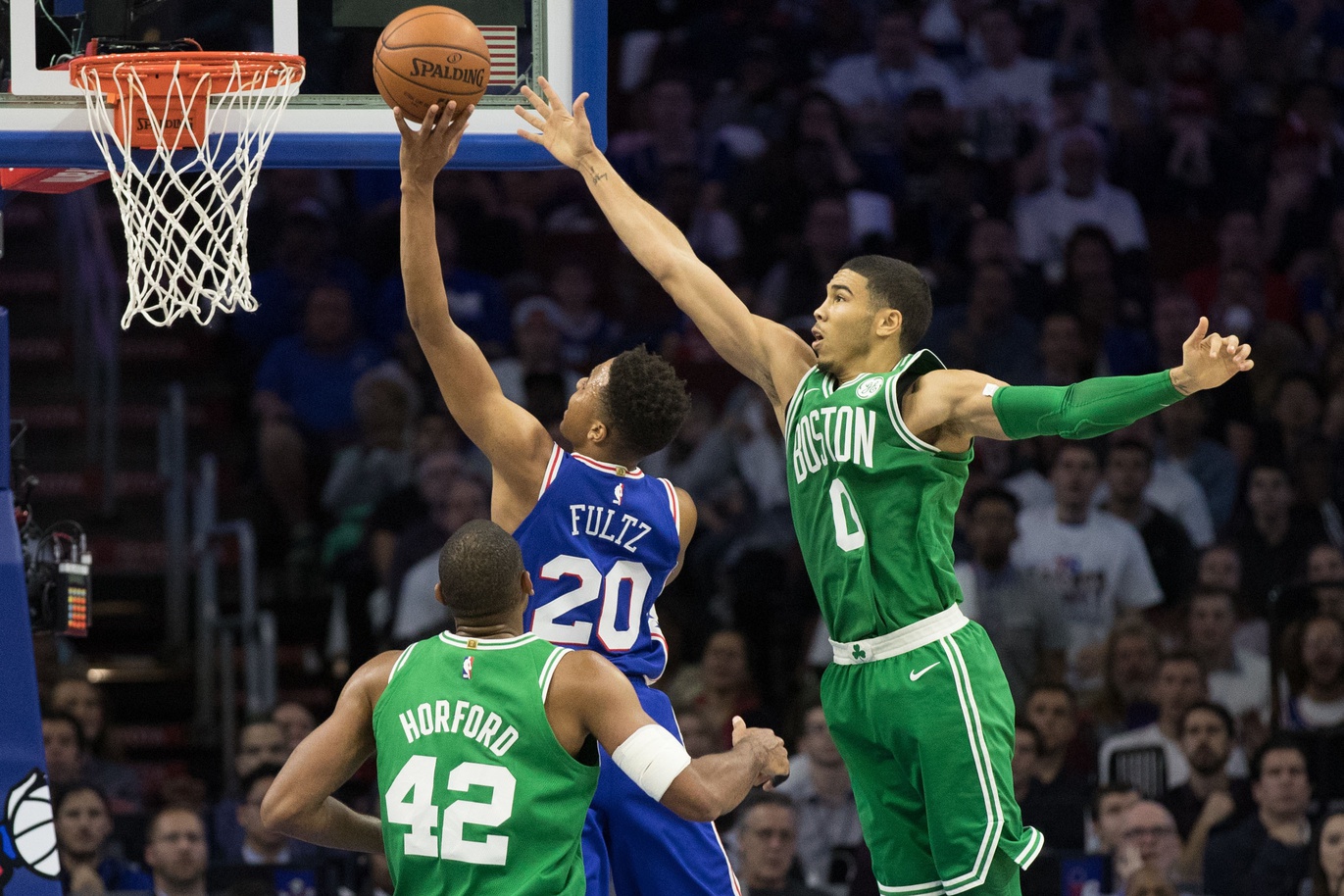 Tanking has laid out a blueprint for how to succeed in the NBA: lose games, secure a high draft pick, get a star, build a championship contender. But with everyone all aboard the tank train, it can be difficult for teams to separate themselves from the rest, and there are only a few stars in each draft. There is a strategy that is not often used in the NBA and could help teams gain an advantage in the tank race: trading up. If NBA teams are tanking so hard for top picks and still land a few picks away from “their guy,” why doesn’t trading up happen all the time in the league?

Here’s a history lesson: Looking back at the last 10 drafts, the number of stars (let’s classify this as players you could build around as a top-3 guy on a title contender) drafted in the top five is significantly higher than the rest of the draft. 15 players fit this category: Derrick Rose, Russell Westbrook, Kevin Love, Blake Griffin, James Harden, John Wall, DeMarcus Cousins, Kyrie Irving, Anthony Davis, Bradley Beal, Victor Oladipo, Joel Embiid, Karl-Anthony Towns, Kristaps Porzingis, and Ben Simmons. That’s a 30 percent success rate (15 of 50 top-five picks), and it doesn’t even count some of the younger players who will develop into All-Stars.

When you look at the rest of the top 10 for the past decade, there’s a handful of stars, but not quite as much: Stephen Curry, DeMar DeRozan, Gordon Hayward, Paul George, Kemba Walker, Damian Lillard, Andre Drummond, and C.J. McCollum. That drops to a 16 percent success rate, which is actually still not bad.

This is where it gets interesting. The list of stars taken from picks 11-30 is even less than the two previous groups, despite having a lot more picks: Klay Thompson, Devin Booker, Jrue Holiday, Kawhi Leonard, Jimmy Butler, Giannis Antetokounmpo, and Donovan Mitchell. The success rate here is 0.04 percent, including an eye-popping 0.003 percent success rate from picks 16-29. Leonard and Giannis barely missing the lottery at #15 and Jimmy Buckets narrowly avoiding the second round at #30 are all that’s keeping the post-lottery first round from being a barren wasteland.

And once you get to the second round, the crapshoot continues. Only DeAndre Jordan, Draymond Green, Khris Middleton, and Nikola Jokic are true second round stars, putting your chances of success here at 0.01 percent.

It would seem the point is proven: Trading up will give you a higher success rate at the top of the draft. And while it may be a seldom-used strategy, what better time for NBA teams to start than now? The 2018 NBA Draft looks to be loaded and top-heavy. Deandre Ayton, Luka Doncic, Michael Porter Jr., and Marvin Bagley all look like decent bets to become full-fledged stars. Jaren Jackson Jr., Mohamed Bamba, and Trae Young have the potential and tools to reach that mountaintop as well. And guys like Mikal Bridges, Wendell Carter, Collin Sexton, and Robert Williams (just to name a few) should fill extremely important roles on their NBA teams. This top five and top 10 could be the best in recent memory.

Every team will have a big board with these names at the top, but there will be a few select players that each franchise falls in love with. These teams should have a package ready if they need to move up in the middle of the draft to get their guy, because if they don’t, it could haunt them forever.

This is just one example. There are plenty of other teams who have had success drafting traditionally, and there are plenty of cases where the Kings had the opportunity to pick a good player and failed. But the point is this: You give yourself a better (not 100 percent) chance at grabbing a star player by moving up in the draft, and it’s very possible to wind up in lottery limbo like the Kings if you don’t make a move and get that guy (see Magic, Orlando).

Ironically, the one major trade-up move in recent memory happened in last year’s draft, and while it’s way too early to call it, things could be looking better for the 76ers, the team that moved up. Philadelphia traded a future first round pick to the Celtics to move up from #3 to #1 to select Markelle Fultz. You know the story: Fultz had the weirdest rookie year for a #1 pick perhaps ever, Jayson Tatum, the #3 pick, looks like an uber-talented wing and perennial All-Star for the C’s, and that pick Philly gave up is looking juicy. But I wouldn’t give up on Fultz just yet. He looked good during his end of the season run and is still the same player with a ton of strengths and little to no weaknesses heading into the draft, although that jumper will be worked on heavily this summer. And you can’t judge this strategy on one failed attempt.

In fact, the Fultz deal could lead to even more of a market inefficiency. Teams could be spooked, and that combined with the fact that trading up very rarely happens at the top of the draft could result in a bargain. Maybe it would only take a mid first round pick for the Hawks to swap with the Grizzlies and move up from #4 to #2. Or maybe if LeBron James heads West, Cleveland could somehow give Kevin Love to the Mavericks (a team that’s always trying to win now) to move up from #8 to #3 and take their new franchise player.

The fear of getting burned by trading up in the draft is legit, and it’s something the Sixers may have to deal with should that first round pick turn out to be special. But sometimes it’s important to zig when the rest of the league is zagging. When building a sports franchise, general managers are always looking for the next big way to get a leg up on the competition. Maybe it’s that simple: Just climb over them–in the draft, course.