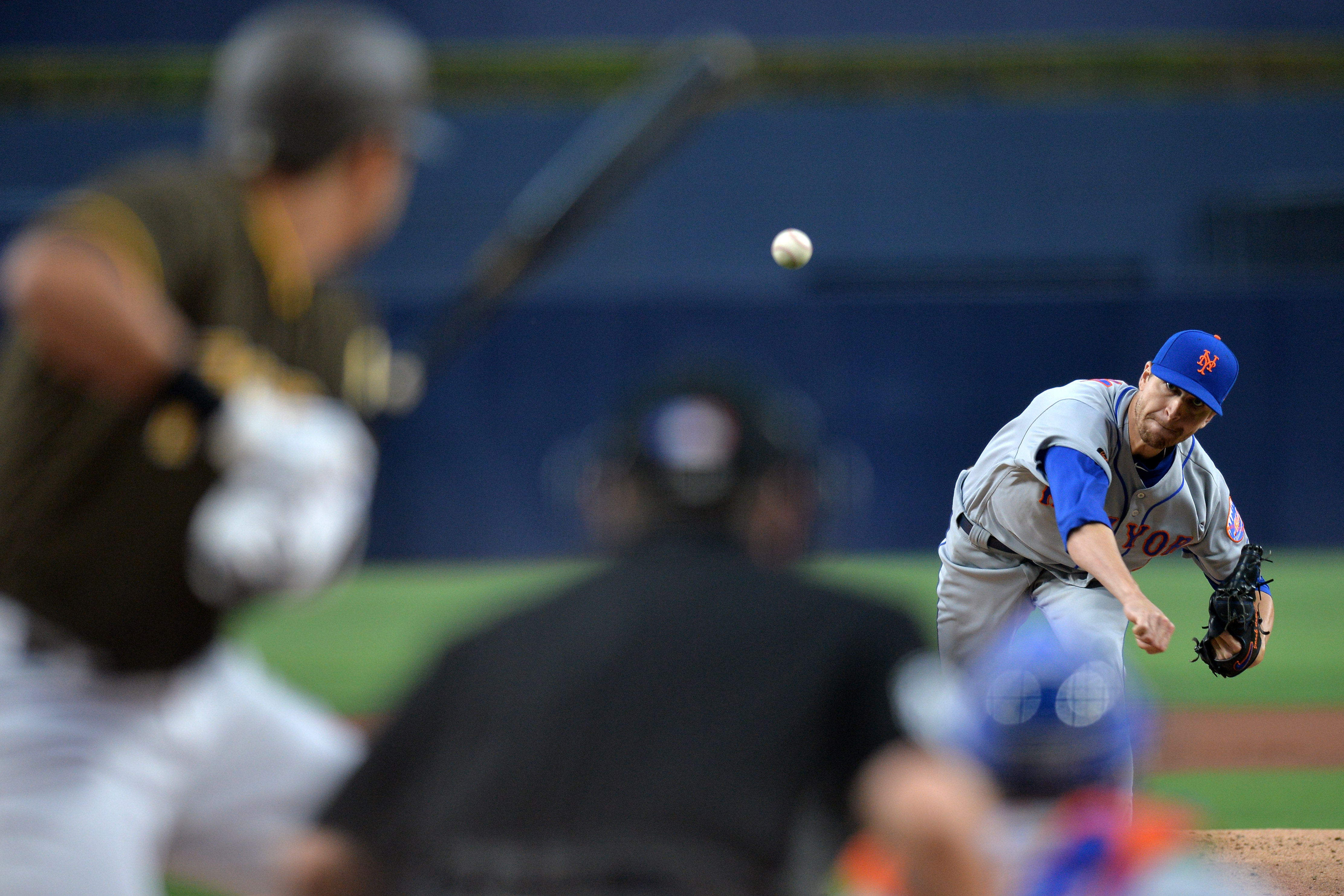 That’s how you reward a good outing.

Jacob deGrom has been snake bitten by his bullpen lately, having one sure win and one almost sure win put though the shredder (not Brian Kenny’s shredder) by the bullpen. deGrom did his best to give his bullpen another chance to take his baby home unharmed, going 7 and 1/3 innings with eight strikeouts, thre walks, five hits, no runs and basically looking dominant against the San Diego Padres on Friday night en route to a 3-0 record (which really should be 5-0.)

The offense even chipped in with some cushion, as Asdrubal Cabrera’s three run ding dong in the seventh turned a 1-0 nail biter into a 4-0 lead that made you a little less nervous. Jose Lobaton even chipped in with an RBI double that gave the Mets a 5-0 lead and made you think that you could spend the rest of the game stress free. Not even the bullpen could ruin this night.

Not like they didn’t try. First, Jerry Blevins gave up a rainbow to Eric Hosmer which, on any other day, or in any other ballpark, would have been a home run. Fortunately, Michael Conforto made a leaping catch (and even used two hands) to save the day. And then the ninth …

The pitcher formerly known as the Dark Knight has entered.

Yeah, I made that joke (and some were upset, I’m sorry). But this was actually the first ninth inning of any kind that Matt Harvey has appeared in since Game 5 of the 2015 World Series. This ninth inning, Harvey got all three outs to secure a win for the Mets. But that doesn’t mean that this ninth inning went much better. He started it off by giving up a home run to somebody named Franchy Cordero (Jeff Francoeur would like a word about your spelling, young man), and then walked the next batter, causing Mickey Callaway to dry hump Jeurys Familia. (Settle down, it’s a baseball term.) Even after Harvey induced a flyout and a double play with stuff that included a fastball that topped out at 92, he was walking back behind the mound seemingly unaware that the game was over. Either he didn’t feel like he got three outs, or it had been so long since he pitched a successful ninth inning he forgot what to do. Sigh.

At least he talked to the media after the game, so there’s 1,000 more words I don’t have to write. I can go to bed early. Thanks, Matt.

The Floor Seat 25m ago