Why Mike Sullivan is the NHL's Most Underrated Coach 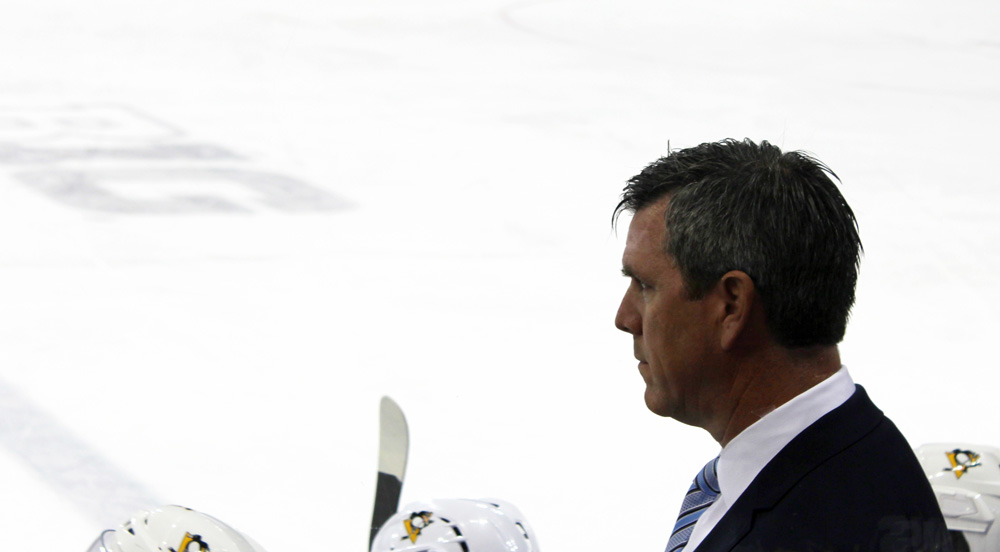 Why Mike Sullivan is the NHL's Most Underrated Coach

I saw a tweet the other day from the great Jesse Marshall of The Athletic about Mike Sullivan not being a finalist for the 2018 Jack Adams, or at least in the conversation. What he said illustrates something I’ve been quietly wondering:

No. It's absurd. The Penguins have played 300 games over the course of the last three seasons, haven't wavered at all, and people want to act like Mike Sullivan isn't a big part of that. It's unbelievable that his name doesn't even appear in the conversation. https://t.co/x5dbkmL6lq

Maybe none of us have really noticed because the last two years he’s been busy chasing Stanley Cups when the Jack Adams Finalists have been named but I think it’s time we ask an important question. Is Mike Sullivan the most underrated coach in the NHL? The answer appears to be yes.

Mike Sullivan has boasted a 133-66-22 regular season record since becoming the Penguins head coach. For the Penguins franchise, he’s second all-time in regular season points percentage and third all-time in playoffs win-loss percentage. He’s guided no less than six players from the AHL to the NHL.
He’s overseen the complete rebuild of at least four players after they were acquired via trade. He oversaw the Pittsburgh Penguins franchise’s most potent power play of all time. Oh, and he’s won two Stanley Cups. But that’s not all. In addition to the numbers, he seems to rule the league with five things you can’t teach.

His honesty
Mike Sullivan is about as blunt as the ax they tried to behead Nearly-Headless Nick with in the Harry Potter series. That’s important. He’ll point out an error no matter which member of his team committed it. Earlier this year, he reportedly laid into the Penguins captain in a film session. That’s right. Sidney Crosby, the greatest player of the last decade, got raked over the coals in front of his teammates. And he took it. He takes it. Because he understands and craves the honesty that Sullivan is perfect at giving.

His loyalty
The Penguins head coach would walk over hot coals for his team. He believes in and trusts them. He goes to bat for them on the bench even if he calls them out behind closed doors. He has helped build a resilient team with his own resilient attitude. He gives every ounce of what he can to the players he coaches. So they are glad to give every ounce back.

His flexibility
When the Penguins fired Mike Johnston I said what the team needed was a coach to take the reigns off of Sidney Crosby and Evgeni Malkin. It seemed easy to me. But what Mike Sullivan’s done instead is so much more. It feels like he can bend his team’s playing style to what they need on any given day. He’s the king of the chess match that is a seven-game series. And he understands that some nights, the big guns of his Penguins don’t feel like playing defense. He recognizes that on a team with Crosby and Malkin there will be nights you’re just going to have to kind of put the playbook down a little bit and let the big boys run. But if they play run-and-gun he’s going to make sure they’re doing it in the best way to increase their chances of winning.

His trust
The worst thing that the coaches who came before Sullivan did was not allowing players to make mistakes and not trusting them to learn. Players with high upsides were not able to work through growing pains for fear of being benched, scratched, or demoted. Since Sullivan has arrived, he’s done the opposite. In addition to having a short memory for mistakes by his players, Sullivan also trusts the staff he has on and off the ice. He trusts the leadership group in the room to step up when there’s a problem. He trusts the front office to make the right roster moves. He trusts them to back him up and they trust him to back them up. As long as his players show the drive and ability to achieve their goals, he’ll let them dictate the pace.

His commitment to the little things
Skill, speed, tenacity. These are three of the most important things to the Penguins. Skill oozes out of the pores of Crosby, Kessel, and Malkin. It’s supplanted by the speed of Bryan Rust and Carl Hagelin. And it’s propped up by the tenacity of Patric Hornqvist. Sullivan expects every player on his team to skate like they’re the 1980 USA Olympic squad and never say die like they’re a member of the Goonies. It’s not just enough to believe in your skill you have to back it up with your effort. It’s probably why he gets along so well with Crosby the king of insane skill meets incredible effort.