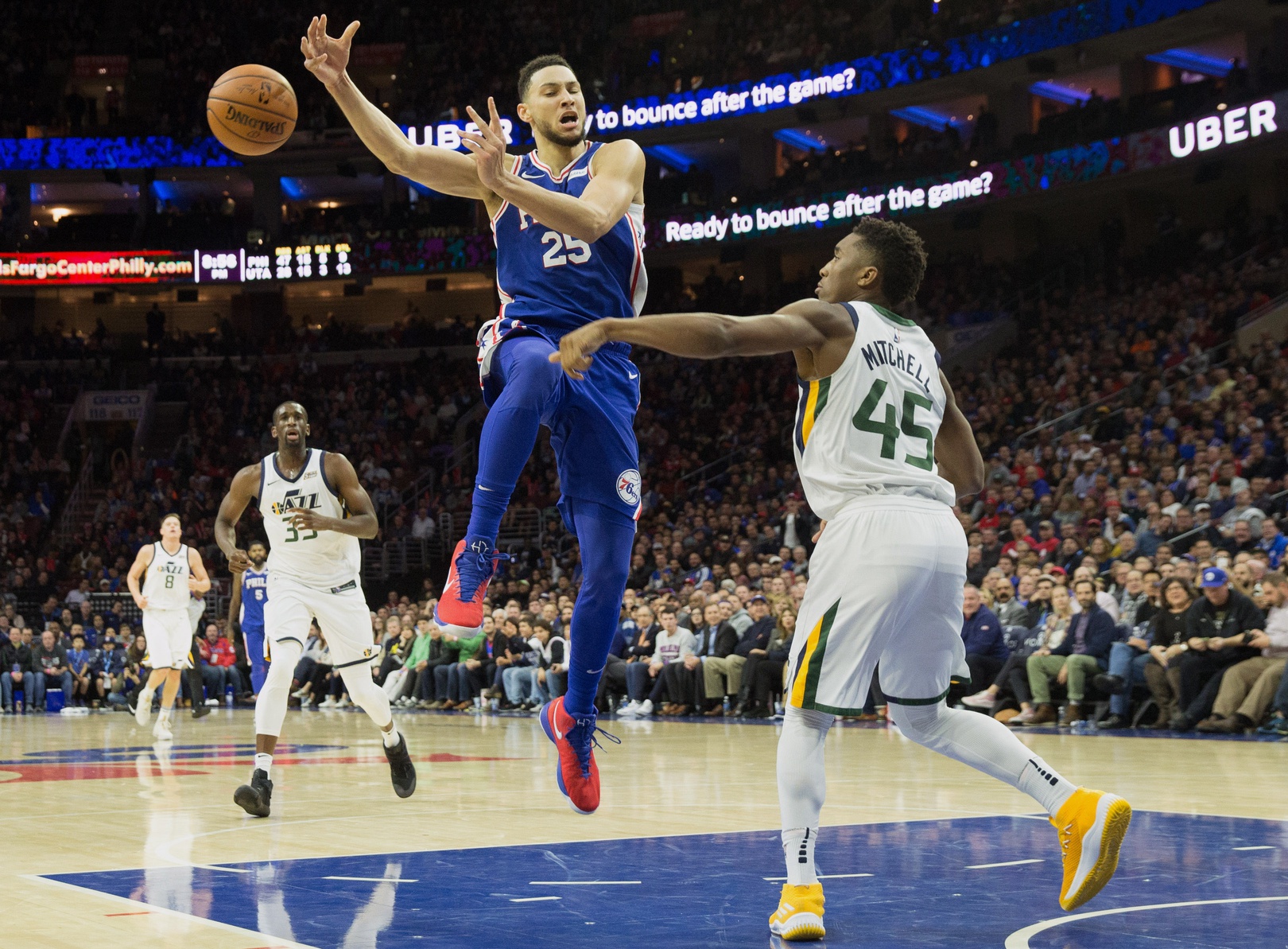 Individual awards are typically bestowed on players from playoff teams. There are undoubtedly exceptions to this: ROY regularly goes to a guy on a losing club. (See Michael Carter-Williams, Kyrie Irving, Karl-Anthony Towns over the last six years.) However, the rest of these honors almost always go to guys on postseason teams. This piece pays tribute to both sides of the aisle. Let’s get right into it. P.S. Do tell me where I went wrong.

Actual: James Harden. With all due respect to Anthony Davis, Joel Embiid, LeBron James, Victor Oladipo and [insert name], “the Beard” will run away with this award after leading Houston a league-best 65 regular season wins.

Non-Playoff: Nikola Jokic and Kemba Walker split this (non-existent) honor. Neither makes a positive impact on defense, but offensively they both put their teams on their backs. Nevertheless, the former was forced off the floor during crucial defensive situations in the win-or-go-home regular season finale versus the Timberwolves, while the latter struggled to lead his team to victories in closer contests all year long.

Defensive Player of the Year

Actual: Joel Embiid and Rudy Gobert are both worthy of this award, and shout out to Robert Covington too. However, I think this piece of hardware almost has to go to a New Orleans Pelican: you take your pick. Anthony Davis led the league in blocks per game and has taken over defensively since sliding to center once DeMarcus Cousins went down. Guards typically don’t receive that much attention for DPOY, but Jrue Holiday should be a shoe-in for First Team All-Defense. Embiid (63 games) and Gobert (56) are incredibly dominant stoppers who will both win this award one fine day.

Non-Playoff: The teams that miss the playoffs typically don’t play great defense, and this year was no exception. Regardless, I’m going with Gary Harris. The Nuggets allowed 3.4 fewer points per 100 possessions with Harris on the floor (110.7 versus 114.1), per nbawowy.com. Paul Millsap’s injury drew more headlines, but perhaps it was the 15 games Harris missed that made the difference between the playoffs and lottery. Denver did go 9-6 without Harris in 2017-18, but a double-overtime loss to the Heat (on March 19) in which Miami poured in a whopping 149 points serves as a scary reminder for what this team can look like without him. Having fully healthy versions of Harris and Millsap would go a long way toward the Nuggets returning to the postseason in 2018-19.

Actual: Ben Simmons and Donovan Mitchell. Yes, that’s correct. Prepare yourself for an extremely lukewarm take: Simmons and Mitchell have been absolutely amazing this season. If you’re really forcing me to choose one, I suppose I’d go with Simmons. Still, there is no clear-cut favorite. Given that both are putting up historic statistics linking them to legends, it’s a race that requires looking beyond the numbers. It’s worth wondering how Simmons, Mitchell and their respective teams would fare if they were to switch squads.

I posit that both rookies exist in environments that fostered and nurtured their rapid rises to stardom. It’s not hard to imagine an alternate universe where Simmons slides in as the starting power forward next to Rudy Gobert with Ricky Rubio, Rodney Hood and Joe Ingles occupying the 1-3 spots and Derrick Favors coming off the bench. (The trade with Cleveland that netted Jae Crowder never happened in this world.) Utah’s already stingy defense would be even tougher than it is today, while the offensive spacing would surely suffer. For Philly, the presence of Mitchell in place of Simmons would hurt the defense and the offense (as a whole), though it might improve the floor spacing. A lineup of Mitchell, J.J. Redick, Covington, Dario Saric and Embiid would miss Ben’s playmaking abilities. Mitchell has benefitted from playing alongside a steady hand like Rubio. But a Mitchell-led Sixers squad would space the court with five capable three-point shooters. At the end of the day, I don’t think either team is quite as scary if they switch places, and both players are doing things that the other could only dream of at this point.

Non-Playoff: Kyle Kuzma. I should take the time to note that Jayson Tatum, Semi Ojeleye and OG Anunoby are among those playing important roles for playoff teams as well. Moving on to the non-playoff pool though, Kuzma edges out the defensively dismal Lauri Markkanen and fellow Laker Lonzo Ball based on the extent to which Kyle exceeded expectations. The early returns for the 2017 class are very encouraging to say the least.

Actual: Victor Oladipo. When someone makes the type of leap that Oladipo made this year, from starter to All-Star (and dark horse MVP candidate), it’s tough to argue against them receiving the Most Improved Player award. There was always some Michael Jordan to the way he carried himself on the court, that Hunchback of Notre Dame walk combined with insane athleticism and a fiery spirit. But no one could’ve predicted Oladipo breaking out like this after he struggled to find his way in Orlando and Oklahoma City.

Non-Playoff: Spencer Dinwiddie and Justin Holiday share this honor. Dinwiddie led the Nets to 28 wins, helping Brooklyn overcome long-term injuries to D’Angelo Russell and Jeremy Lin. An excellent decision-maker, Dinwiddie finished second in the league (behind Darren Collison) in assist-to-turnover ratio. His impressive combination of length, savvy, and skills make him a keeper on this suddenly up-and-coming club.

Sixth Man of the Year

Actual: Fred VanVleet. The sophomore out of Wichita State has more than doubled his per-game averages across the board while elevating Toronto’s second unit and mixing in seamlessly with the starters. VanVleet, who went undrafted in 2016, is also a decent candidate for Most Improved Player.

Coach of the Year

Actual: For me, Brett Brown, Nate McMillan, Quin Snyder, Alvin Gentry, Dwane Casey and Brad Stevens all have legitimate cases. The Sixers, Pacers, Jazz, Pelicans, Raptors and Celtics have exceeded their respective expectations. Can we cut the award into eighths and serve it as pizza?

Non-Playoff: Kenny Atkinson and Fred Hoiberg can have those last two slices. Brooklyn and Chicago were widely predicted to finish in the cellar. Instead, they finished with the eighth and sixth-worst records, respectively. This hurt Chicago’s odds for the upcoming NBA Draft Lottery. Nevertheless, Hoiberg and company wouldn’t be willing to exchange the overall progression of the team for more ping-pong balls.