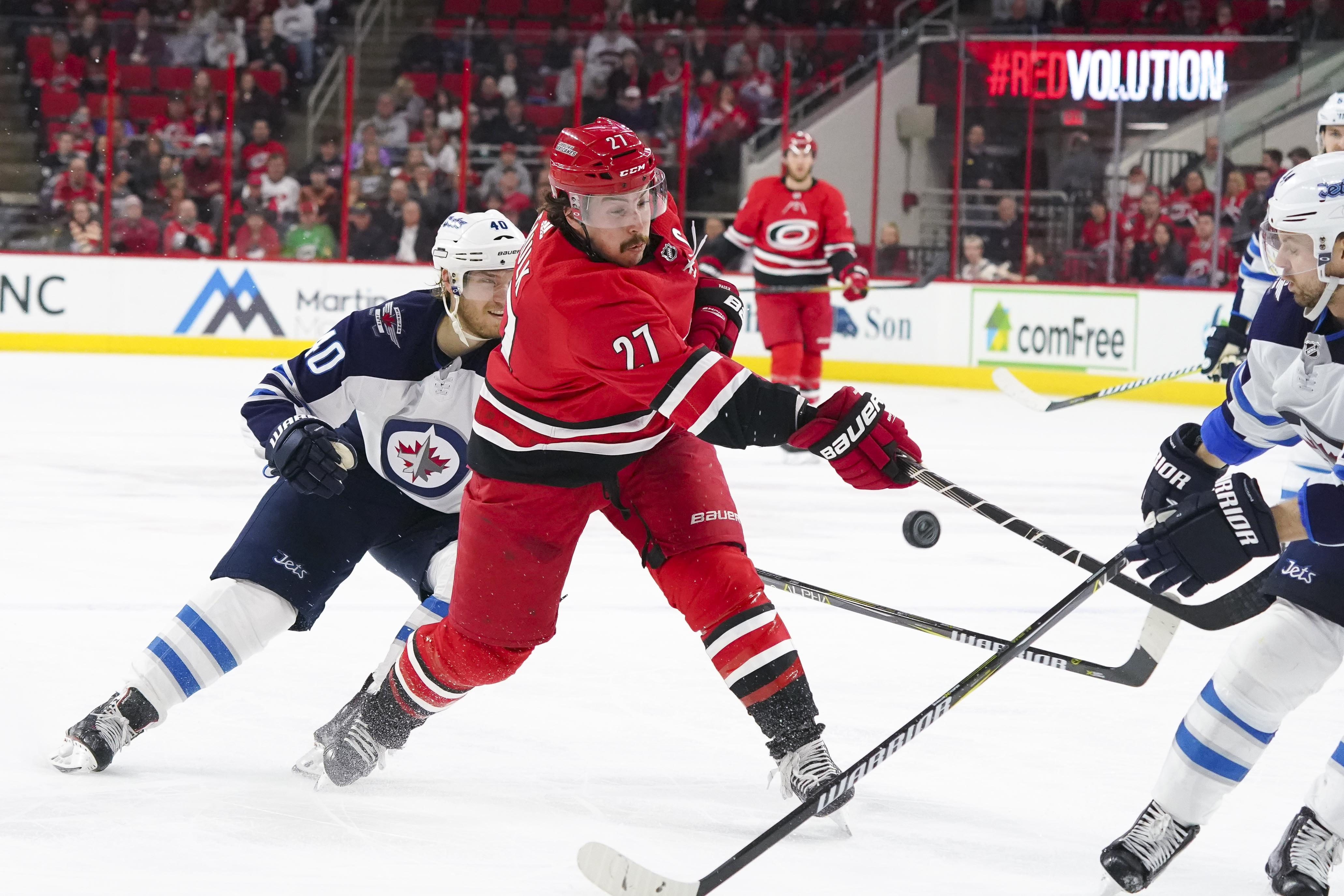 Over the course of the last two weeks, we opened the ‘Off-Season Targets’ series with a look at numerous goaltending options that the Edmonton Oilers could pursue for their vacant backup role. With the goaltenders in the rear-view mirror, it’s time to turn up ice and look at the potential defensive options for the club.

Edmonton has a specific need, a right-shot defender who moves the puck, can play on the powerplay and handle a top-four role. That really limits our options.

One of the best, and likely most realistic, options for this spot is Carolina’s Justin Faulk. There are a number of factors that could get Faulk dealt in Carolina, and Edmonton has been long connected to the player via trade.

Carolina is in disarray right now. The Hurricanes were officially purchased mid-season, and now belong to Tom Dundon. As we’ve seen, Dundon is ready to put his mark on this group. GM Ron Francis was ‘promoted’ to President of Hockey Operations while coach Bill Peters quit.

On top of that, Dundon is on-record as saying Carolina wants to be tougher to play against in 2018-19, and hinted at potential roster changes to get that done. Coming off his worst season production wise since his rookie year, Faulk could be on the market as the Canes try and change things up.

Faulk is a possession demon with the ability to run a powerplay and provide offense from the backend. He’s averaged 23:25 of ice time per game during his 477 game NHL career, and is well established as a top-four rearguard.

The right-shot blueliner posted a 55.7% Corsi For percentage this season (numbers via Hockey Reference), up from his career average of 52.3%. When Faulk is on the ice, the puck moves in the right direction.

Faulk also posted decent offensive numbers this season, going 8-23-31 in 76 games played. That was a decrease of six points from 2016-17, and a decrease of nine (!!) goals season-over-season for the blueliner. A deeper dig, however, shows us why that was the case.

This past season, Faulk shot just 3.8%, the second worst mark of his career. On his career, he’s a 6.2% shooter, indicating this year was a case of bad luck. On top of that, Faulk’s PDO on the season was just 95.2, indicating he got basically no bounces last season.

This is a player Edmonton could buy low on and get a great return from during the 2018-19 season.

Here’s a look at Faulk’s scouting report via The Hockey News.

Assets: Has tremendous skating ability, a wealth of offensive acumen and good shot. Is plenty confident with the puck on his blade. Plays a smart, mature game, tending to the small details. Is a major asset on the power play.

Flaws: Must continue to work on his defensive-zone coverage, as well as his decision-making ability, since he logs huge minutes. Is sturdy and strong, but lacks ideal National Hockey League size at 6-0, 215 pounds.

There is no debate, Justin Faulk is a top-four defender in the NHL. On some teams, Faulk would be a top-pairing defender and I think that could be the case in Edmonton depending on what Todd McLellan decides to do next season with the Klefbom/Larsson duo. At worst, he’s a second pairing option.

In Edmonton, Faulk would obviously slide into the club’s top-four and play heavy minutes on the powerplay. It’s a role he is certainly built for.

If this is all about money in Carolina, perhaps the 10th overall pick and a lesser defender in terms of value and cap (Kris Russell or Andrej Sekera) for Faulk and Carolina’s 2nd round pick could be a trade. If Carolina is hellbent on acquiring a forward, things get tougher.

Jesse Puljujarvi probably gets the deal done, but I wouldn’t do that if I were the Oilers. That said, I suspect Chiarelli and friends have soured on the young Finn after two underwhelming seasons in North America.

Justin Faulk, in many ways, is the perfect trade target for Edmonton this summer. He fills a major hole in the organization and scratches an itch that has bothered three GM’s and spanned nearly ten years.

Faulk is a logical fit for the roster, is young enough to stick around for five years or more (26), and is a prime candidate to bounce back after a down year.

If Peter Chiarelli is hellbent on finding a puck-moving RHD, Justin Faulk could represent a chance to fix bad trades of the past. Perhaps this is the year Chiarelli buys low instead of sells low? 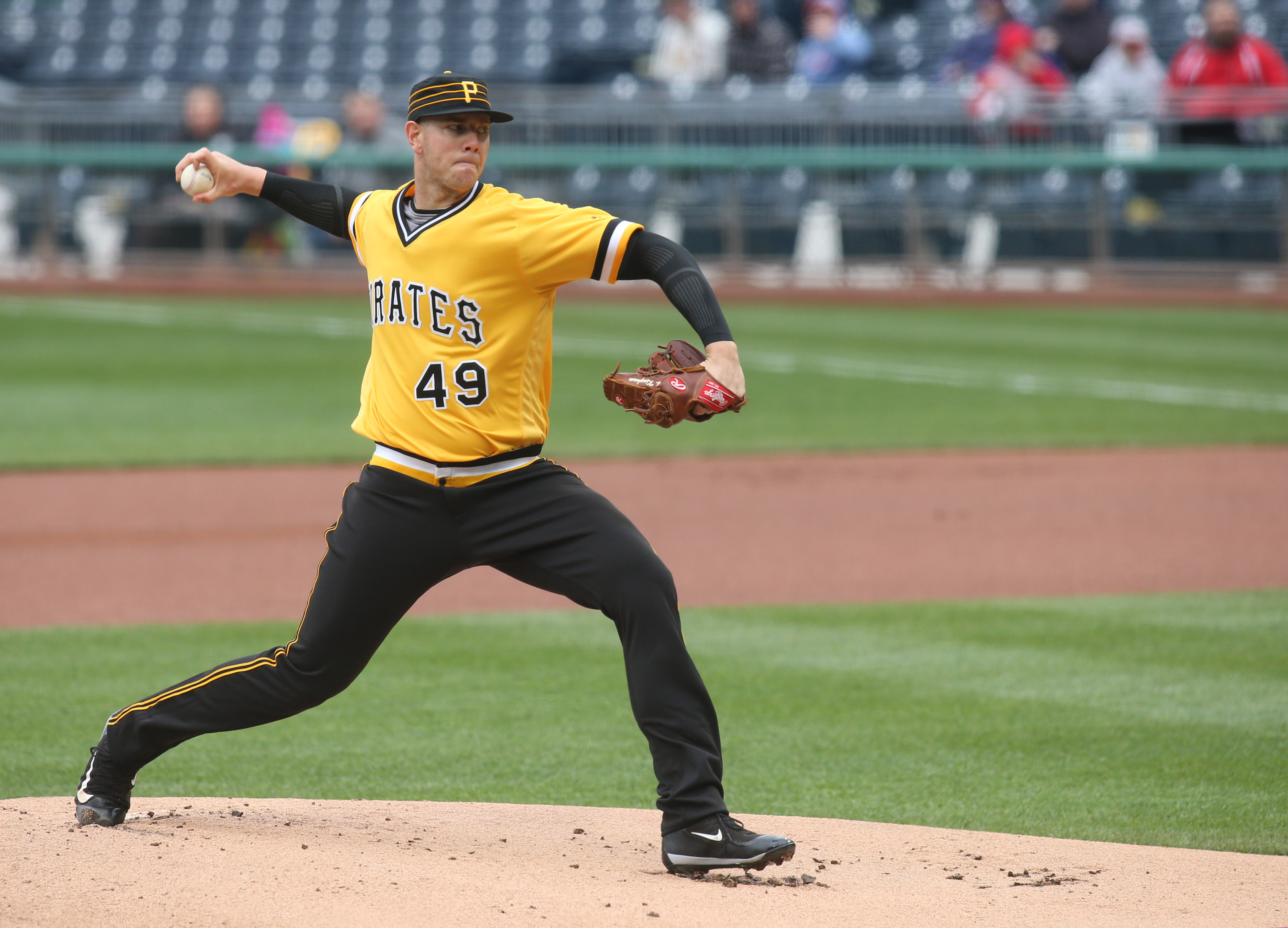 Pittsburgh Pirates’ right-hander Nick Kingham was nothing short of magnificent in his big league debut yesterday.  In his victory against the St. Louis Cardinals, the...