Pittsburgh, Behold your MVP: The enduring value of Evgeni Malkin 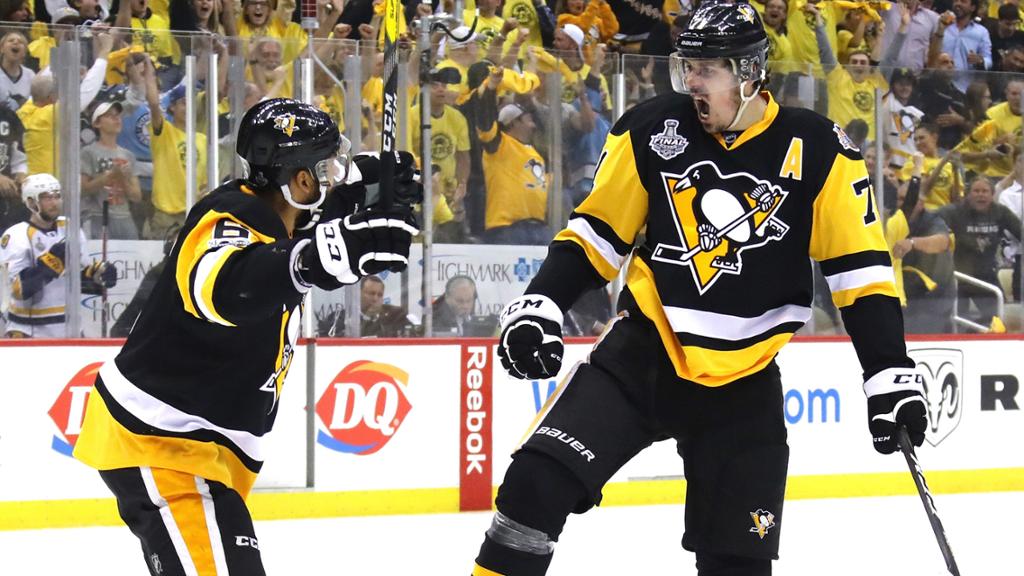 Pittsburgh, Behold your MVP: The enduring value of Evgeni Malkin

UPDATE: Malkin’s in. Rejoice.
* * *
As of this morning’s skate, the Penguins gave their standard answer on whether injured players – including Evgeni Malkin – will be in or out of tonight’s lineup for Game 3 of their Eastern Conference Second Round matchup with Washington.
“Game-time decision.”

Coach Sullivan on Dumoulin, Hagelin, and Malkin: “They will all be game-time decisions.”

One thing is certain yet again: Evgeni Malkin’s value to the Penguins has never been made more clear than over the first two games of this series.
You can call bullcrap on the tiny sample size, but it is no coincidence that the Penguins’ power play is 0-for-5 so far against the Capitals with Malkin out of commission for Games 1 and 2. Against Philadelphia, Malkin scored a team-high two power play goals and added a PP assist in the first five games of the first round as Pittsburgh converted 20.8% of their 24 man-advantage opportunities.
Jake Guentzel has had a spectacular start to the playoffs and has taken Malkin’s spot on the first power-play unit but without the threat of Malkin circulating along the right half-wall and right point, the Penguins’ offense is noticeably less intimidating.
It goes without saying that at even-strength, Malkin’s loss is equally immense as well. Coupled with the long-term loss of Hagelin, the Penguins have had to reconstruct their second line, affecting of course, all the other line combinations.
That is why it is this writer’s opinion that Evgeni Malkin is the most valuable player. Many dismiss players from contending teams with a constellation of stars from even being considered for MVP or on the other end, players from mediocre clubs.

There was a lot of needless debate at the end of the regular season about the latter: whether or not Connor McDavid or Nathan MacKinnon from terrible Edmonton or borderline Colorado should even be eligible to receive Hart Trophy votes.
To me, value and achievement are two different but not necessarily exclusive things. Taking into account individual achievement, there is little argument that McDavid’s overall offensive production topped every other NHL player. This season, he became the first player in 17 years (Jagr) to win two straight Art Ross Trophies.
That’s outstanding achievement and it’s my belief that overwhelming greatness as an individual player – goaltender, defenseman or forward – should be recognized with its own annual award, distinct from the most valuable player.
But back to Malkin.
We implicitly know that as long as he and Sidney Crosby are teammates, Malkin will not get full credit for his value to the Penguins or the game of hockey. Certainly, history will condemn the coward writers who left Malkin off the NHL Greatest 100 list last year despite his numerous team and individual achievements.

Yet just focusing on this season alone, it was Malkin who almost single-handedly carried his moribund team from playoff outsiders back into contention in January and February.
The Pens were in 10th place in the Eastern Conference on the morning of January 5. In the next 21 games – a quarter of the season – Pittsburgh surged, going 16-4-1, leading or tying for the lead in wins, goals scored and power play percentage.
Over that quarter of the season, Malkin drove the train, scoring 22 goals and 38 points. To put this in historic perspective, only two players in the last quarter century of the NHL have dominated like Malkin did for any 21-game stretch. Teemu Selanne in 1993 (30 G-43 points) and Pavel Bure in 2001 (27 G-38 points).
Is that not the definition of value to his team?
True, a lot of other Penguins started scoring at their career norms after a dreadful start to the campaign, but name one who did it in such historic fashion.
You can’t.
When Malkin is at his best, his explosive rushes, his bullet shot, his uncanny ability to cleanly pick the puck off an opponent’s stick … these are all skills that are of immeasurable value to the Penguins. And to me, Evgeni Malkin is your MVP.