Sixers' lack of execution puts them in must-win scenario 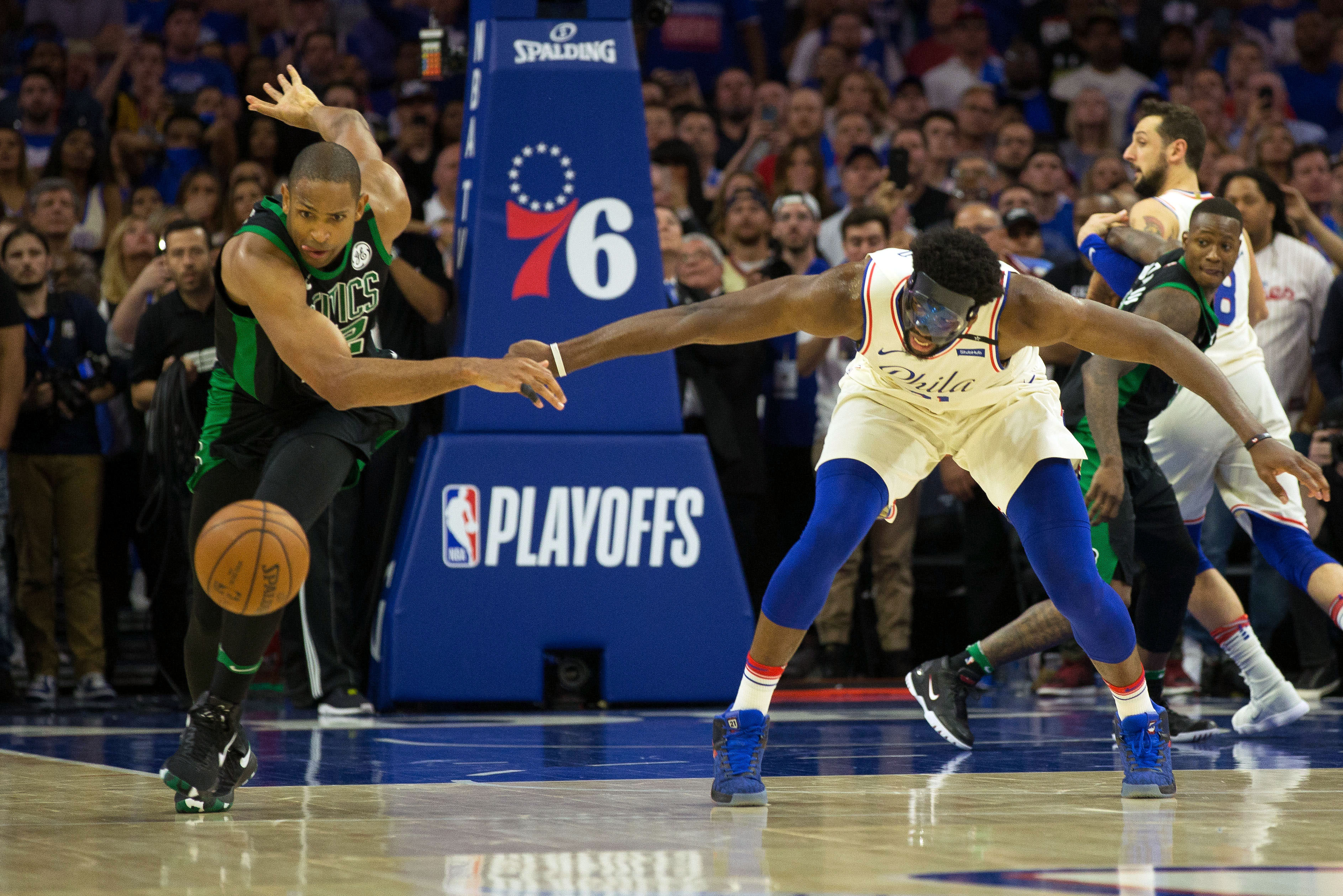 Sixers' lack of execution puts them in must-win scenario

Remember what it was like a few years ago when it seemed like the Philadelphia Eagles just could not score a touchdown in the red zone? That’s exactly what it felt watching the Philadelphia 76ers in Game 3 against the Boston Celtics.

Despite looking a lot better overall in Saturday night’s contest, and being back at home, the Sixers lost 101-98 in overtime. The Sixers and Celtics are evenly matched for the most part. So why is it that they have not won a game yet in this series? Let’s just put the first two games aside and analyze what went wrong on Saturday.

After being virtually non-existent in the first two games, Ben Simmons decided to show up for the first three-quarters of Saturday’s game. 16 points, eight rebounds, and eight assists is exactly the kind of production we expect from the rookie point guard.

All-star center Joel Embiid, however, gave us two poster dunks, and the usual dominant performance with 22 points and 19 rebounds. All of that is cute. But this is the NBA playoffs, and you have to play at a high level the ENTIRE game.

There was a clear lack of focus in the final minutes of Game 3. Unfortunately, this has been a bit of a trend all season for the Sixers. If we are being honest, Philadelphia’s ability to hold a lead at the end of games has been terrible.

It’s easy to play the blame game, but I won’t feed into that negative energy. I will leave it for you guys to decide. What I will do is make a few points.

For starters, Simmons has to do a better job at controlling the pace in the clutch. There is no reason multiple turnovers should occur when you are holding a lead.

Next, Embiid is arguably the best center in the league right now. It is baffling that you would not play through him to close games instead of running a bunch of confusing off-ball screens and jacking up threes.

Lastly, Sixers head coach Brett Brown needs to realize that this is a young group of guys that really do not know how to close a playoff game. I understand the concept of “trusting your guys.” Why he did not call a timeout with 20 seconds left in the fourth quarter is beyond me? The Sixers lucked up with Belinelli’s shot to send it into overtime. They failed to capitalize and close the game twice. I don’t know who to blame, but I know that somebody needs to fix it.

It is very difficult to win four games straight in the playoffs. We will see if the Sixers can pull off a miracle. It starts with getting Game 4 at home on Monday.