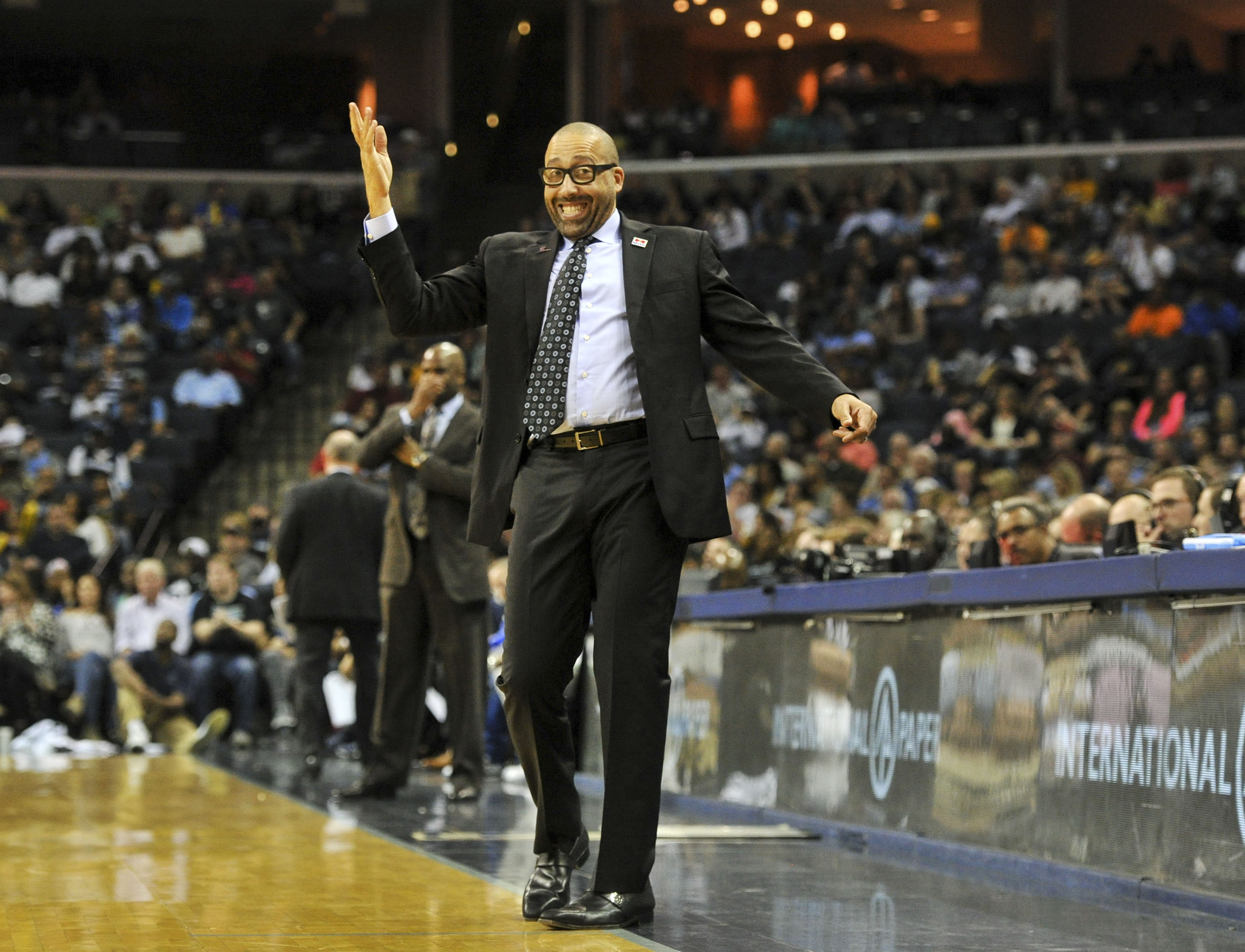 On Monday, the Knicks officially named David Fizdale the organization’s next head coach.

Fizdale fits the mold for what this team needs moving forward. Despite boasting a 50-51 record through a short sample size with the Memphis Grizzlies, make no mistake: this guy is a winner. He has two NBA championship rings to his credit and basked in the glory of a winning environment cultivated with the Miami Heat as an assistant, all the while learning from some of the better basketball people the game has ever seen.

He received an unfair shake with a premature firing in Memphis this past season, but a memorable playoff push the campaign before (with a favorable 43-39 record in his only full season) is further proof he’s deserving of this next opportunity.

“David is a dynamic coach who will thrive in New York. His championship pedigree, resiliency and expertise in player development make David well-suited to establish the Knicks as a consistent winning basketball team,” General Manager Scott Perry pointed out.

Fizdale is someone who preaches defense and takes pride in pushing his teams to show grit and play with physicality. He’s proven to relate well to past NBA stars, and at 43 years old, he’s going to know how to communicate with his team’s younger up and comers as well. As much as he values player development on the court, Fizdale was known for cultivating a special culture off the court that helped guys buy in quickly as well.

“After a thorough coaching search, it was clear that David would be a great fit with the Knicks and we are thrilled that he is joining our organization. He is an experienced coach, strong leader and effective communicator, who understands what it takes to build a winning culture,” President Steve Mills said.

Especially when considering the fact that Kristaps Porzingis’ ACL injury will likely keep him sidelined through a large chunk of next season, Fizdale’s first season in New York may not be pretty. Still, he’s someone who has gotten a taste of winning and won’t be interested in going backward. He knows the necessary process, and respective steps, to get a team going in the right direction. The key here will be seeing if he can carry over what was successful in Miami and Memphis, and implement such strategies in the Big Apple.