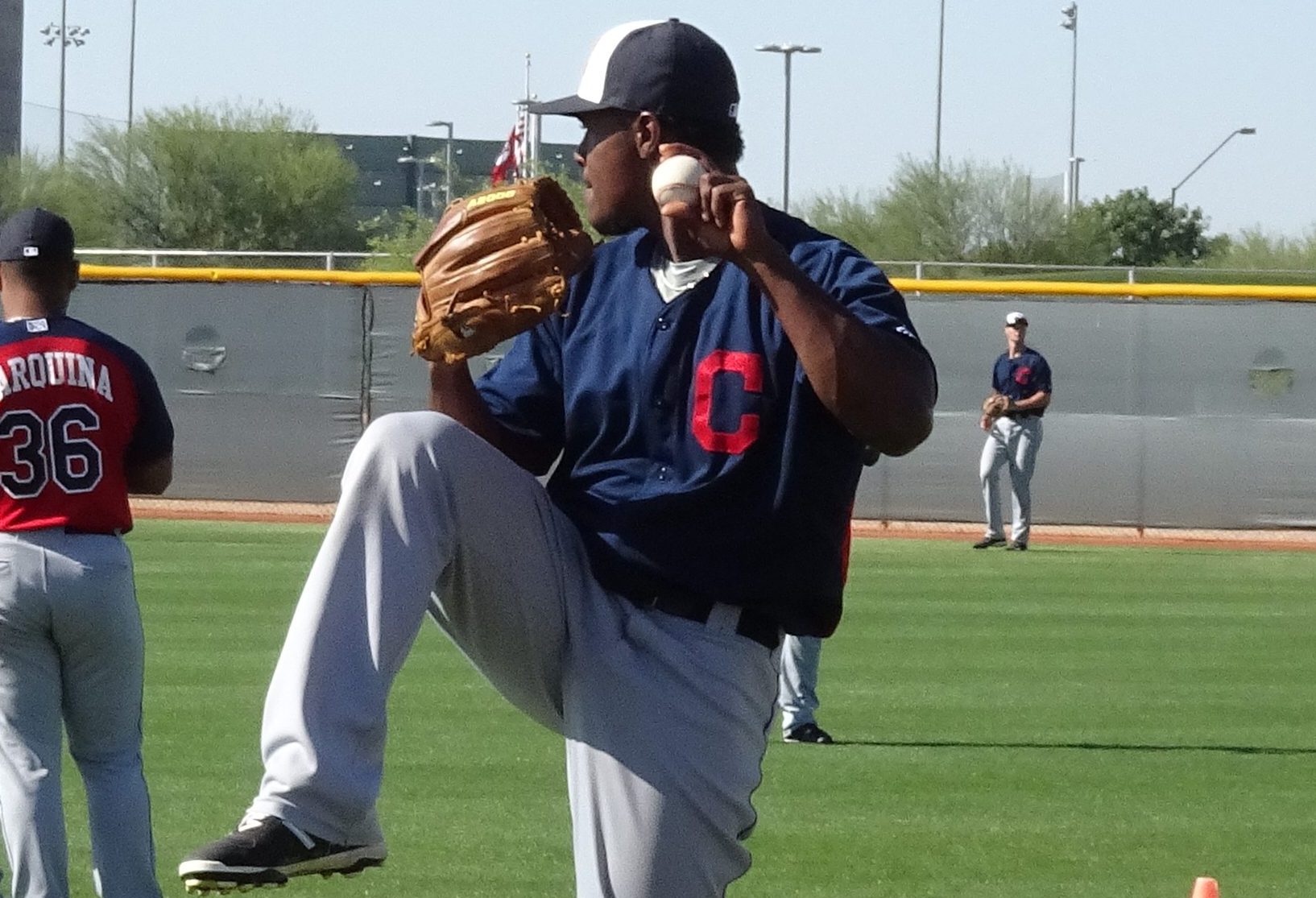 During the current era of Cleveland Baseball (starting in 2013), the Indians have used just 17 starting pitchers and the nine most used have all been right handed (Scott Kazmir was the most used lefty at 29 starts). These pitchers would like to change that demographic. It is a significantly different list than last season’s rankings as Rob Kaminsky has fallen out of the top ten due to uncertainty surrounding his injury while Luis Lugo has taken his skills to Baltimore as a minor league free agent.

By Joseph Coblitz
Polanco was extremely good from 2013 through 2014. Unfortunately, injuries and a lack of control have kept him from reaching that level again. He is in his final season before reaching minor league free agency, so he will likely be gone from the Indians long before he has a chance to reach the majors. He has been used exclusively in relief this season, but has worse numbers than any previous season. Polanco makes the list as the Indians have very few left handed starters and no one has seen Rob Kaminsky in the last two years except for five innings in Akron.

By Joseph Coblitz
Varela just finished his second season in the Dominican Summer League with 35 K’s and 11 ER in 48.1 innings. The Indians-Brewers combination team he played for last season was absolutely dreadful, yet he was still able to shine. It will be very interesting to see how he looks at a Major League facility in Goodyear with a more developed defense behind him.

By Joseph Coblitz
Out of University of Southern Mississippi, McCarty used his advanced age and development to dominate in Mahoning Valley last year and jump straight to A ball in 2018. Unfortunately, he’s thrown almost as many innings this year as he did last year and has seen an extreme spike in walk and home run rate. McCarty’s greatest success last year came at the beginning of the season when he was used in relief and a permanent shift to the bullpen could definitely help his advancement as the Indians are extremely deep in mid-upper level starting pitching right now.

By Joseph Coblitz
Almost nothing is known about Yannuzzi beyond his success during two seasons in the Dominican Summer League. Last year, he made 14 starts and allowed just 16 earned runs. He has an unfavorable K/BB ratio, especially considering the free swinging nature of rookie level baseball. He should pitch for the AZL Indians this year where we’ll be able to get a closer look and more reasonable expectations.

Hillman warms up prior to a 2015 Instructional League game against Cincinnati. – Joseph Coblitz, BurningRiverBaseball

By Joseph Coblitz
Taken one round after Aiken in 2015, Hillman enters the left handed list one spot behind as well. While he has the advantage of actually pitching in real minor league games right now, he isn’t having great success, especially considering that this is his second season in Lake County. Control is an issue (a theme that continues throughout these rankings) and he probably doesn’t throw hard enough to make up for it.

By Joseph Coblitz
The problem with driving the hype train at full speed is that when it crashes, it’s devastating. Aiken was twice a first round pick and was ranked in the top 100 MLB prospects before he ever threw a pitch in the minors. After an extremely mediocre 2017 in Lake County where he walked more than he struck out and wasn’t able to regain his fastball velocity, Aiken has been relegated back to Arizona for further work.

Aiken’s young age, potential and name recognition keep him in the top five among Tribe left handers, but he’s also the one with the most distant possibilities as he could fail out within a year or become the Clayton Kershaw clone he was originally expected to be. Right now, everything is slanting towards the former.

By Joseph Coblitz
Brady was immediately impressive at the lower minor league levels, dominating in Arizona, Mahoning Valley and Lake County, but struggled upon reaching Lynchburg in 2016. After missing nearly all of 2017 with injury, he was electric in the Arizona Fall League, playing against some of the top prospects in baseball from the upper minor league levels despite not hitting AA yet. Now, he is with Akron and appears to be having significant command issues which could be a problem. Brady is far from a fireballer and relies on the kind of impeccable command that lead to a BB/9 below two in 2013, 2015 and 2017 (in both regular season and AFL).

By Peter Conti
Tully has given up more hits than his total number of innings pitched early in his season. That number should be significantly brought down before he gets in line for a promotion to Columbus but most likely will stay down in Lynchburg for the time being. Twenty two innings pitched so far and Tully has allowed twenty five hits with ten runs scored, nine of them being earned runs. However, it is so early in the minor league season, we will have to monitor his pitching line for the next couple of months to see if there will be any changes.

Perez warms on the back fields during MiLB Spring Training at Goodyear Ballpark. – Joseph Cobltiz, BurningRiverBaseball

By Joseph Coblitz
A big lefty with a big hook, Perez is currently playing in his first season in full year ball. With the Captains, he has struggled to start the year, but his near no-hitter on April 25th showcased his potential. His major fault appeared in that game as he was pulled with just two outs left despite allowing no hits because he walked six. He has 19 wild pitches during his first four seasons (206.1 IP), largely a component of his 12-6 curve that can be troublesome to keep out of the dirt. If he can increase his K-rate to his early career levels near 9.0 and drop his walk rate below 3.0, he definitely has the talent to succeed at any level.

Hentges pitches against the Reds during the 2015 Instructional League. – Joseph Coblitz, BurningRiverBaseball

By Peter Conti
Hentges will likely stay in Lynchburg all year long as well but there is a possibility of Akron calling. That is a best case scenario for now, because of the fact that Akron’s rotation is so stacked at this point. In 25.1 innings, Hentges has allowed twenty four total hits, with eight runs scored, but only six earned. Another number that jumps out is he has recorded 27 strike outs with only seven walks. Opponents have hit .247 against Hentges and his ERA stands at 2.13 which is a good number to work with early in his season. The upside is there for him if he can keep his line at a moderate level, and possibly the Clippers could come calling likely in the second half of the season. The fact that on March 30th, he was called up from Class A Mahoning Valley to the Hillcats is a positive sign.