David Fizdale already a fan of Emmanuel Mudiay, looks forward to coaching him 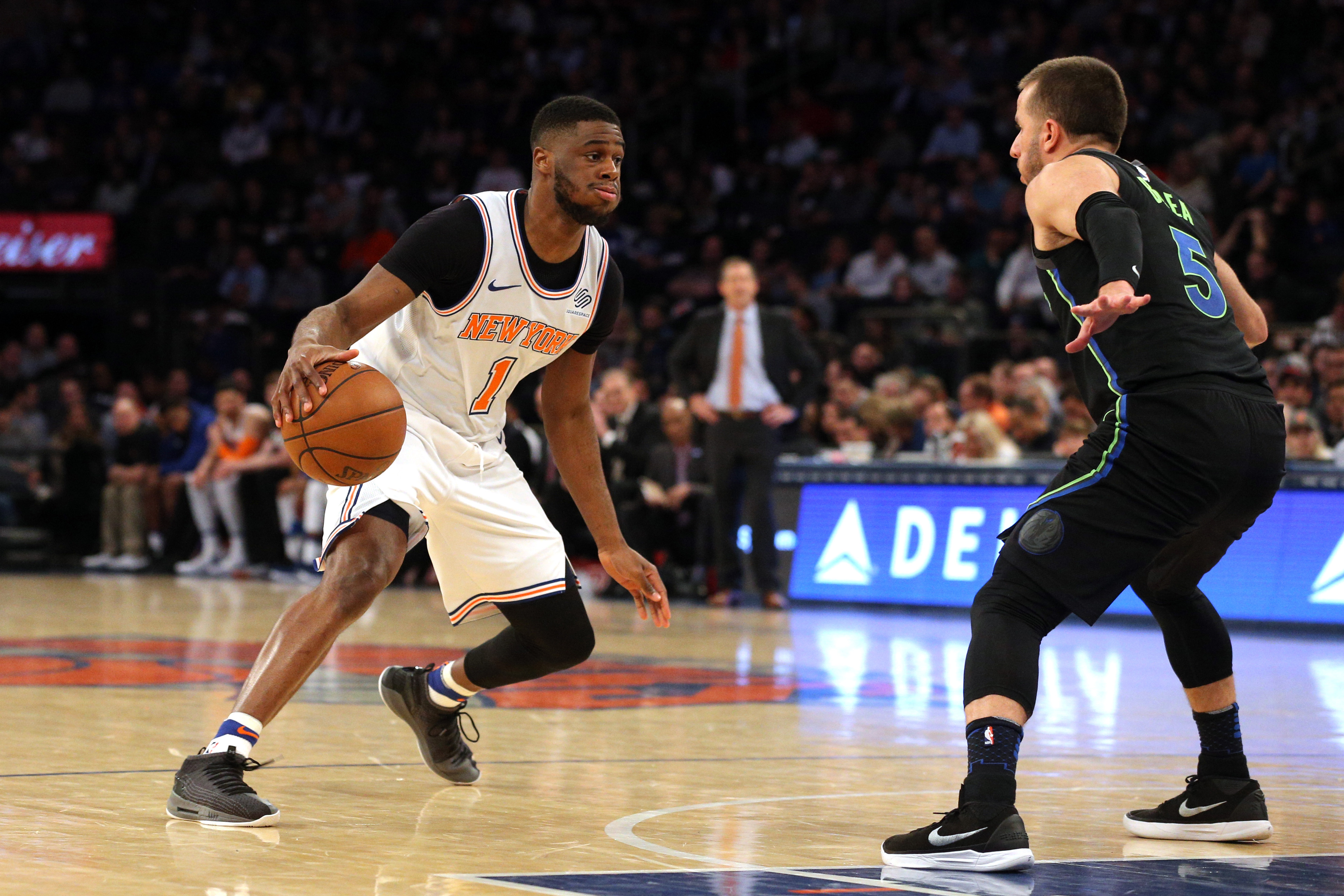 David Fizdale already a fan of Emmanuel Mudiay, looks forward to coaching him

Prior to becoming the Knicks’ new head coach, David Fizdale spent his time away from coaching serving as an NBA analyst for ESPN this past season.

Despite not being a playoff contender, the Knicks still made a key deal at the trade deadline, swapping Doug McDermott’s expiring contract in a three-team deal and acquiring former lottery pick Emmanuel Mudiay in return. The young gun hasn’t exactly lived up to all his potential thus far, but upon sharing his thoughts on ESPN, Fizdale applauded the move.

“The talent’s there. I really like this move by the Knicks and Scott Perry…to bring in a real talent at that position, who’s probably a change of scenery away from really tapping into it, I like this move for the Knicks,” he said.

Mudiay’s only been in the Big Apple for a few months. In addition to his new surroundings, could this coaching change also aid him during the upcoming season?

Fizdale seems to think so.

The 22 year old guard attended his new coach’s introductory press conference on Tuesday, and Fizdale was visibly excited about coaching him.

What will the Knicks coach’s admiration for Mudiay mean for the playing time of fellow point guards Frank Ntilikina and Trey Burke?

Fizdale said, the more, the merrier, when it came to finding success in the backcourt.

“Put them out there together. I’m about speed, skill, aggression, attacking, playmaking. All of these guards have that ability,” he suggested. “I see a lot of versatility there. I see a lot of combinations we can throw on the floor together. Obviously we’re going to develop the hell out of them.”

Nevertheless, Mudiay can use all the support he can get as he comes into his own as an impactful NBA player. In 22 Knickerbocker appearances (15 starts), the guard averaged 8.8 points and 3.9 assists this past season.