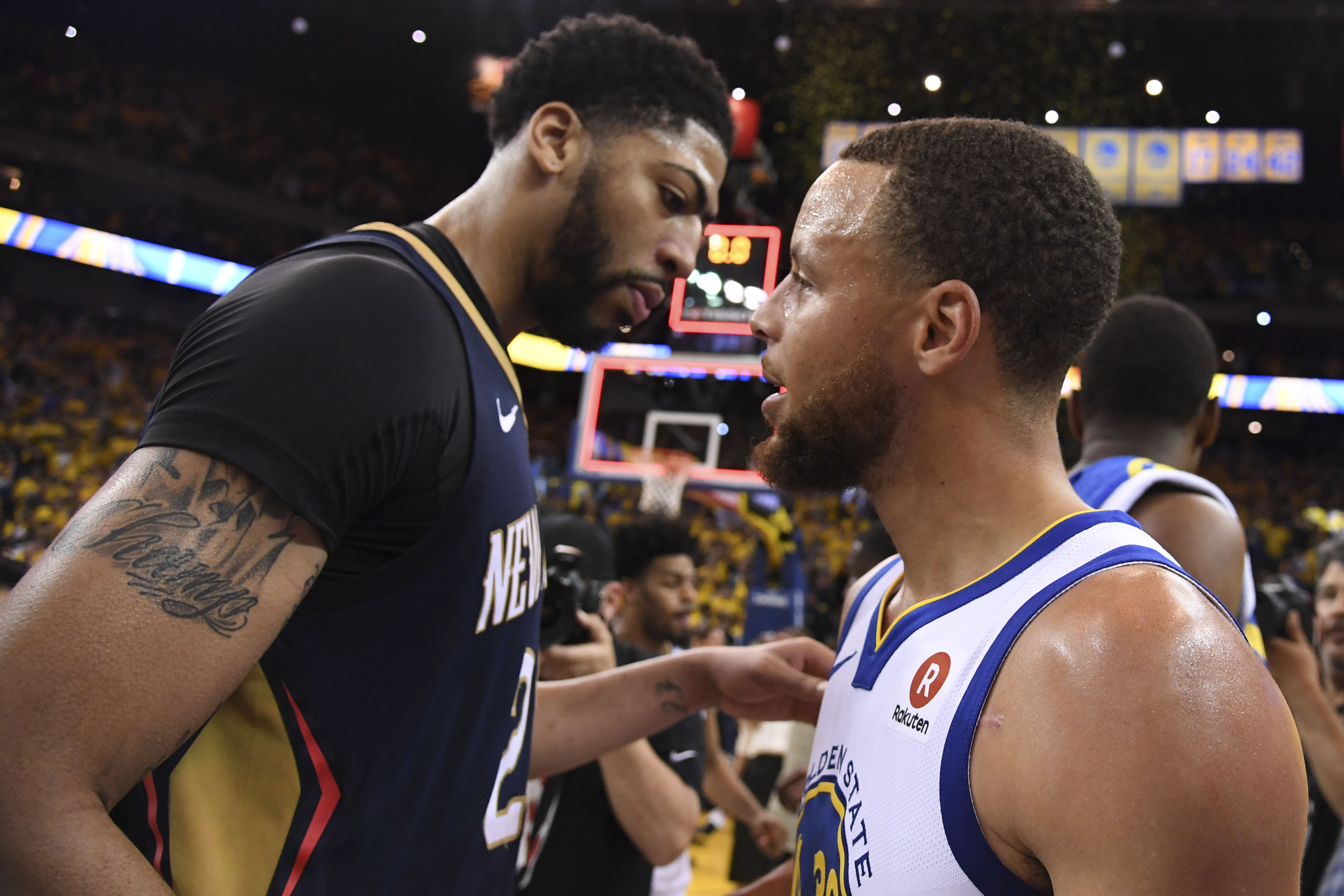 Oakland, CA- The New Orleans Pelicans traveled to Oakland to face off with the Golden State Warriors for game 5 of the Semi-Conference Finals. The Pelicans were looking for some payback after being hammered by Golden State at home in The Smoothie King Center.

The Pelicans & The Warriors battled back and forth for much of the 1st half as shots were hard to come by ending at halftime 59-56 Golden State. The 3rd quarter was a total different matter as Golden State exploded for 36 points while holding New Orleans to 19 in that period.

New Orleans didn’t give up as they roared to life in the 4th quarter behind Anthony Davis’s 34 points 19 rebounds & 4 blocks. Jrue Holiday also caught fire finishing with a triple double 27 points 11 rebounds & 10 assists.

Despite the fact the Pel’s scored 29 in the final quarter holding the Dubs to just 18 they couldn’t get any closer than a 7 point deficit. The Warriors had an answer to the Pelicans late surge closing the series out 113-104 eliminating New Orleans 4-1.

New Orleans shot 46% from the field & 42% from downtown. The factors that ultimately led to the Pelicans defeat were in part turnovers. New Orleans finished the game with 14 TO’s but they gave up 24 points off them to the Warriors. The Dubs also had more field goal attempts with 100 completing 48 of them versus the Pelicans 88 attempts converting 41.

New Orleans spelled doom for themselves when they lost game 4 then had to travel to Golden State to try to keep the series alive. It was a gutsy effort from the Pelicans put they could not make enough stops or score enough points to overcome The Warriors.

The Pelicans by any stretch of the imagination had an exemplary year after missing the post season 3 years in row. They are definitely headed in the right direction, just imagine the series with a healthy DeMarcus Cousins.

There’s no shame in losing to a team that will go down as one of the best teams in NBA history but make no mistake the Pelicans will be back count on it!