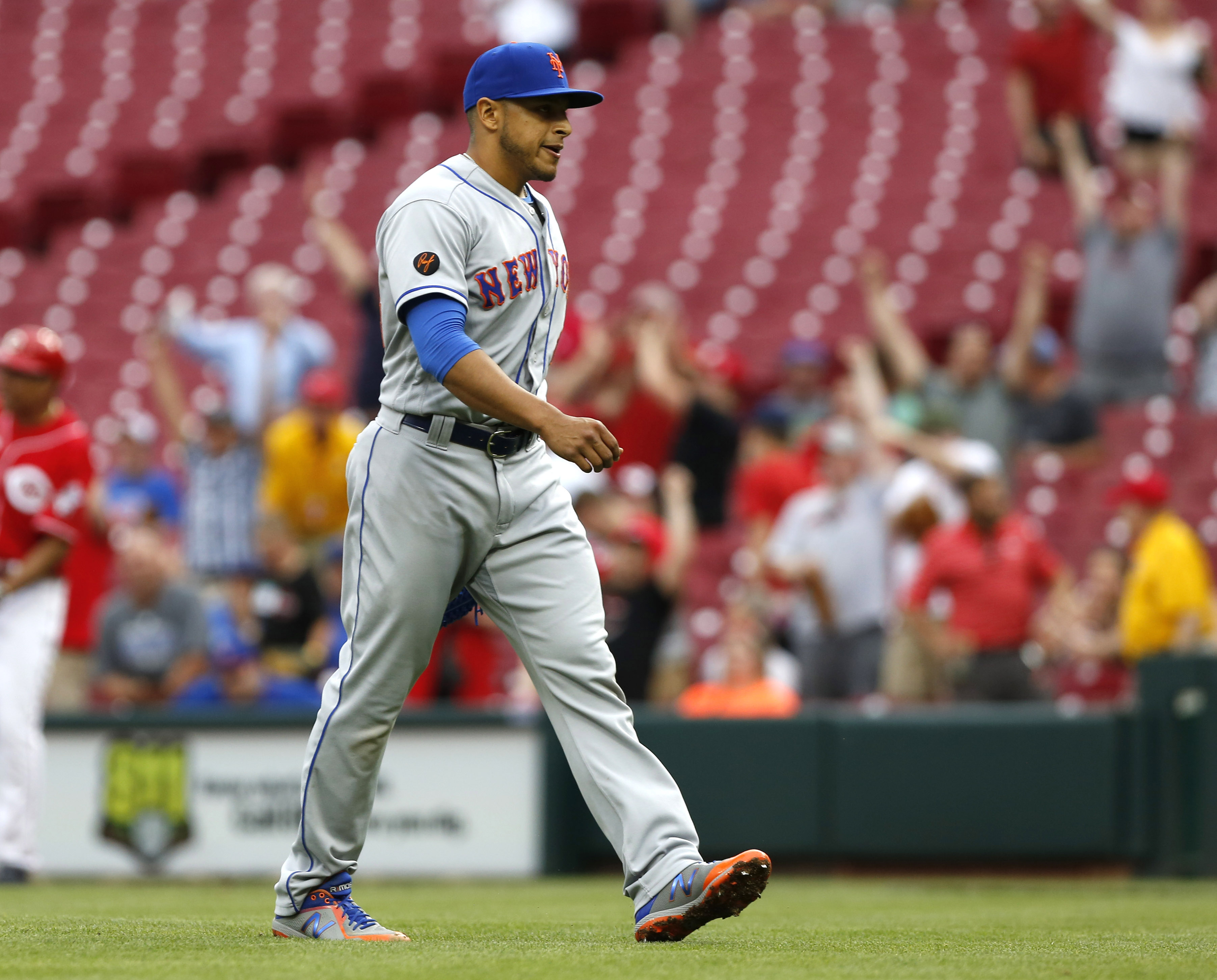 The New York Mets committed a major baseball faux pas yesterday when they managed to bat out of order in the first inning. The incident was embarrassing for the team, specifically first year manager Mickey Callaway, who was caught looking careless by failing to catch the error. While batting out of order has been the butt of Mets’ jokes for the past 24 hours, there are a lot more serious issues with the team. Since their 11-1 start, the Mets have gone just 7-16 in their past 23 games, going from a comfortable lead in the National League East to fourth place and a game over .500 for the season.

The Mets have been, for the better part of a month now, a lousy baseball team. Callaway has experienced his fair share of rookie mistakes, making questionable choices that have cost the Mets dearly in critical situations. The starting pitching outside of Noah Syndergaard and Jacob deGrom has ranged from mediocre to abysmal. The offense, which picked up a ton of timely hits during the 11-1 start, is averaging just 3.78 runs per game. That total is actually inflated by a pair of blowout wins, and removing those efforts takes the run production down to 2.95 runs per game in 21 games. The bullpen, which was excellent early, has begun springing some leaks as the Mets blew three late leads in that stretch. If the Mets simply executed at the ends of those games, they would be 10-13 over their last 23 games and 21-14 overall. That record would have the Mets in a tie for first place in the NL East with the Atlanta Braves, and the discussion surrounding the team would be a lot different.

The problem is that baseball isn’t a game of could haves and should haves, it is a game of results. The Mets have earned their 18-17 record, and they have played poor baseball for much longer than they played excellent baseball. There are still a ton of games left in the season, and a three game deficit in the division is one that can easily be overcome. The problem is that the Mets have shown no signs that they are any closer to snapping out of this tailspin that has seen them lose six of their last seven series, including dropping the last two games of a three game set with a dreadful Cincinnati Reds’ team.

The lack of urgency from the front office hasn’t helped matters. The catching situation has been dreadful since Kevin Plawecki and Travis d’Arnaud got hurt, but General Manager Sandy Alderson let it go unaddressed for three weeks before taking a flier on Devin Mesoraco. Jason Vargas has been guaranteed another turn in the rotation from the coaching staff despite three awful performances that have put the Mets in big early holes each time. Callaway himself has also spoken repeatedly about players going through the process, and that as long as they are playing the right way the results will come in time.

The process doesn’t mean anything when sloppy mistakes keep occurring over and over again. The Mets are playing lifeless baseball and have played very few games where the offense, starting pitching, and bullpen are all good on the same day. That is a trademark of a bad baseball team, and the longer they go without correcting their issues the worse this mess will become. The Mets had a great chance to capture the fans’ attention with their brilliant start, and they let it go to waste with their uninspired play for the past couple of weeks. Unless things get fixed quickly, the Mets’ batting out of order will simply be the poster image of a season that went wrong far too quickly.