Blues' Jordan Kyrou named the OHL player of the year 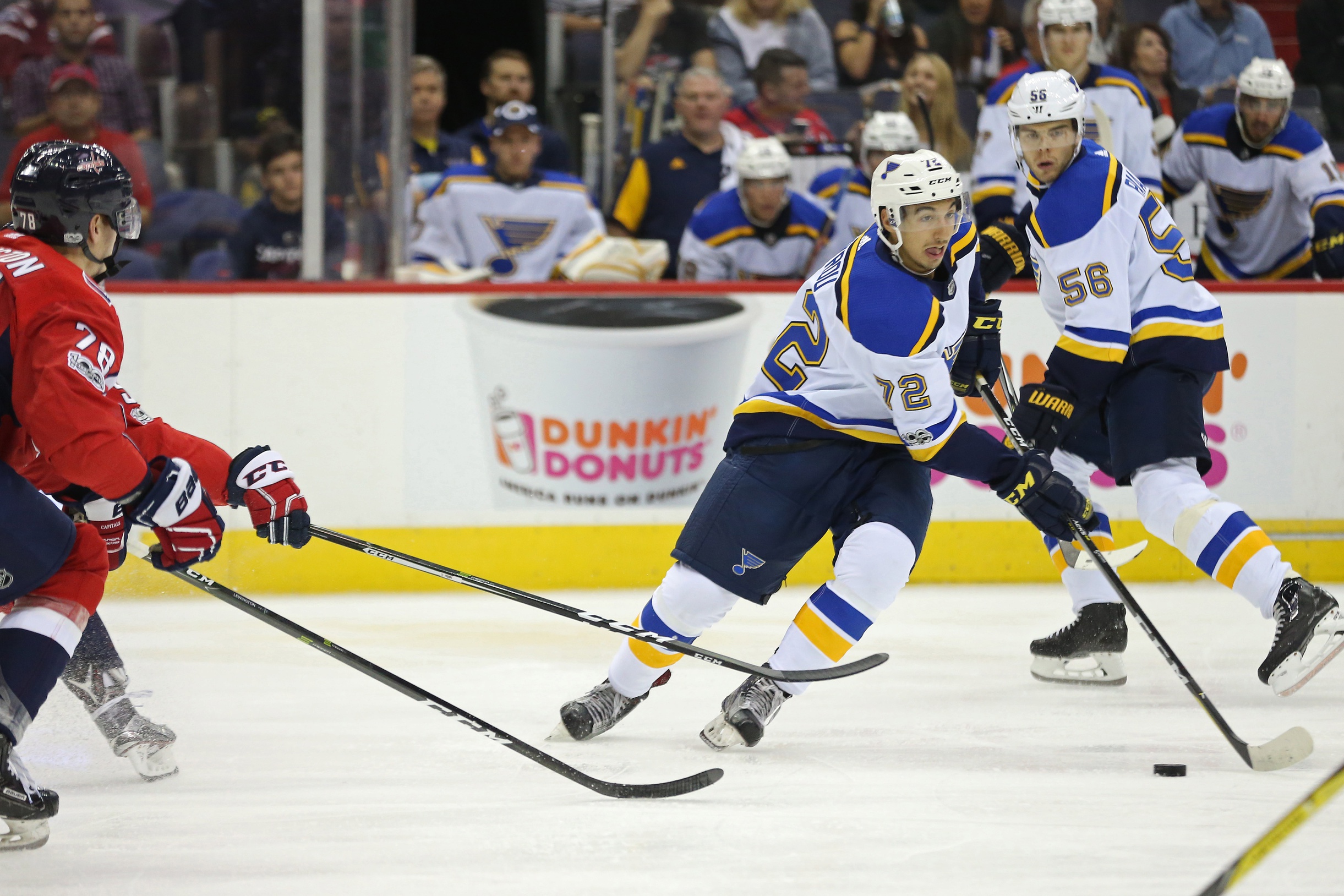 Blues' Jordan Kyrou named the OHL player of the year

St. Louis Blues prospect Jordan Kyrou had one hell of a 2017-18 season. After scoring 39 goals and 70 assists (109 points) in 56 games with the OHL’s Sarnia Sting, Kyrou was named the winner of the Red Tilson Trophy that’s awarded to the league’s best player.

Kyrou’s award is well deserved even though he missed part of the year to compete in the World Hockey Juniors with Team Canada.

Via STLToday, Kyrou discussed his award:

“It just feels surreal, first off,” Kyrou said on a conference call Thursday. “To be named most outstanding player is unbelievable. To have my name next to past recipients who have won this award is incredible. A lot of credit goes to my teammates and my coaching staff – Derian (Hatcher) and Nick (Sinclair), and all those guys in the Sting organization. They’ve done a lot for me over the past four years and I just really want to thank them a lot.”

Kyrou, who just celebrated his 20th birthday, is one of the most exciting prospects within the Blues’ organization. He, along with Robert Thomas, should be competing for spots at the NHL level in the very near future.

Here’s hoping that Kyrou is able to live up to his amazing potential and avoid the same fate as Ty Rattie.