Eight MLB players off to surprising starts in 2018 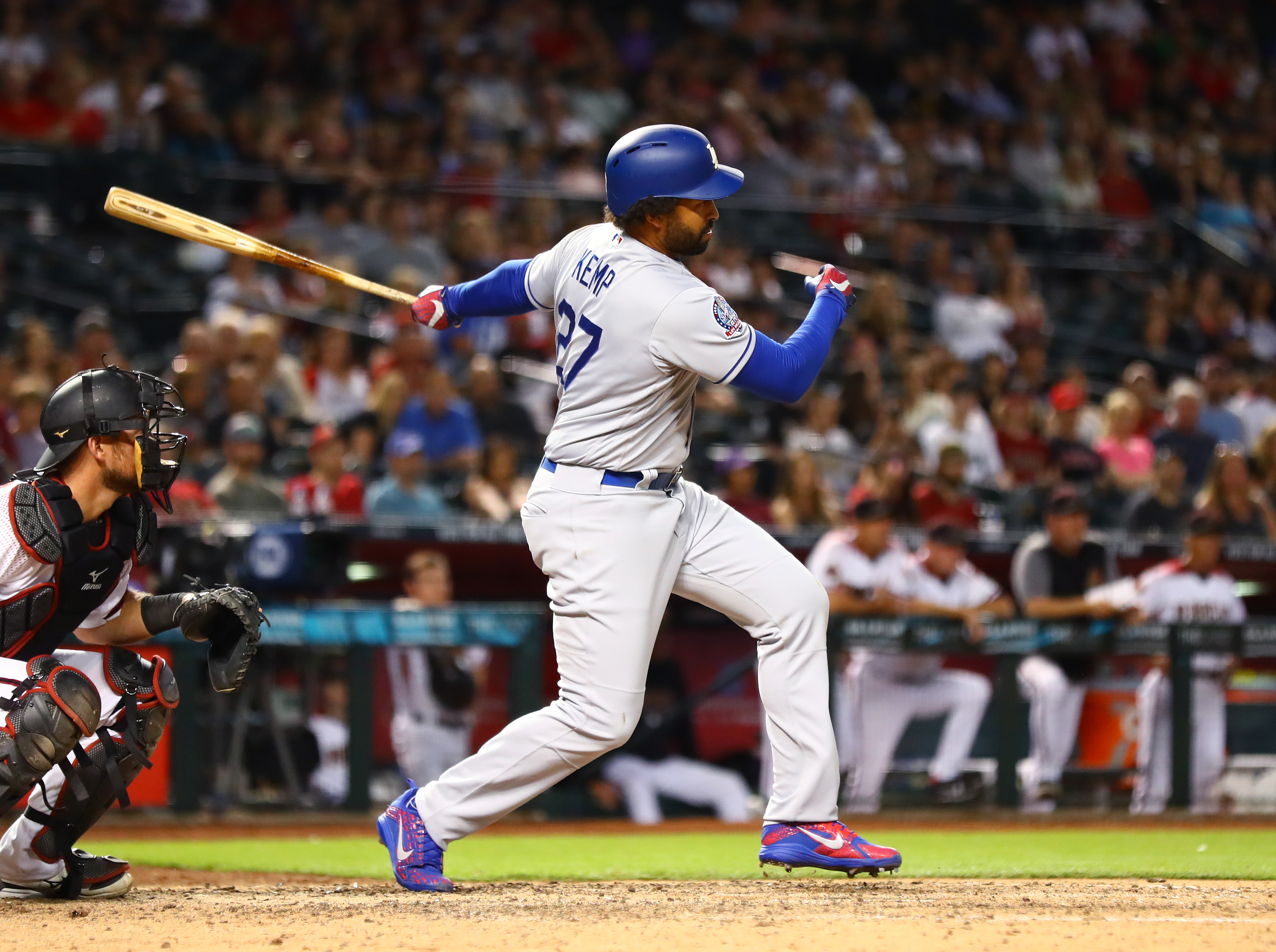 Eight MLB players off to surprising starts in 2018

The presence of advanced statistics in baseball creates the ability to make informed decisions about players and teams more (and earlier) than ever these days. Every now and then, though, those same players and teams find a way to buck the trends we see from the data.

With about a month-and-a-half worth of baseball under our belts, the following 10 players have authored surprising starts when it comes to personal performance.

The only real reason Matt Kemp returned to the Dodgers was so that Los Angeles could get under the luxury tax threshold. And the only reason he reported to Spring Training as a Dodger was because the front office couldn’t find someone to take him via trade.

For a team that’s struggled out of the gate in many ways, Kemp has actually been their best hitter based off his 155 wRC+. Between 2015-17 — a span of 1,787 plate appearances and 425 games played — the outfielder was worth just 1.4 fWAR. Through 117 plate appearances this year, his performance has already produced a 1.0 fWAR.

Kemp has seen his chase rate take a dip compared to recent years, and while his .392 BABIP has plenty of stabilizing to do, it can at least be justified by a 50.0% hard-hit rate and 29.8% line-drive rate. For this particular batted-ball event, the right-handed hitter has produced a 354 wRC+ and 64.0% hard-hit rate.

While he did slug 26 dingers as a rookie, Davidson clearly didn’t do much else. Among players with at least 400 plate appearances in 2017, his 37.2% strikeout rate was second-worst in baseball, and his 4.3% walk rate was among the 15 worst. Those numbers have drastically improved to 31.8% and 14.7%, respectively, thanks to a chase rate that’s dropped nearly 10 percentage points.

If it wasn’t for back-to-back rough appearances against the Atlanta Braves and Washington Nationals, Nick Pivetta’s start would look much more impressive. Still, his current 0.9 fWAR through 39 innings is nearly equal what he produced last year in 133 innings (1.1).

Of the four pitches Pivetta throws — fastball, slider, curveball, and changeup — only his curveball has increased in usage, while the other three have decreased. After throwing it 14.8% of the time as a rookie, he’s currently using it at a 23.0% clip. Opposing hitters have mustered a 66 wRC+ against it (they produced a 120 mark against it last year).

The veteran outfielder’s 12.1% walk rate is a couple ticks above what he’s accomplished in recent years, but his 7.9% strikeout rate is one of the lowest in baseball. And although his 34.1% hard-hit rate isn’t a huge change from the last two seasons, his 40.2% ground-ball rate is near career-low levels, while his 26.5% line-drive rate is near career-high levels.

After producing the worst season of his accomplished career in 2017 — his 1.5 fWAR and 17.1% strikeout rate were career lows — things weren’t looking great for Cole Hamels. He’s currently allowing a tremendous amount of hard contact right (46.5%), but his 3.85 SIERA is much more in line with his career number (3.55) that last year’s 4.90 mark. And if the season ended today, his 25.5% strikeout rate would be the highest that number has been since his rookie year in 2006.

Hamels is simply learning how to pitch differently. With a declining average four-seam fastball velocity, he’s throwing that pitch just 36.0% of the time, which would easily be a new career low. The major shift has gone to using his cutter, which he’s throwing at a 28.8% clip.

Kyle Gibson’s first-half performance in 2017 was so bad that the Twins actually sent him down to Triple-A at one point. His second half was much better, and he’s continued that roll into this year.

The right-hander has decreased his slider usage down to 13.7%, but the results have been just filthy. Hitters have produced a -32 wRC+ against the pitch, which includes a 0.0% walk rate, 68.4% strikeout rate, and 30.3% swinging-strike rate.

Cervelli has become the latest to join the fly-ball revolution. The backstop posted a ground-ball rate above 50.0% the past three years, but that number is currently down at 33.3%. His fly-ball rate has gone from 27.1% to 48.7%.

His current 38.5% hard-hit rate is on pace to be a new career high, but it’s what he’s done with line drives that’s rather eye-popping. This sample size only consists of 14 plate appearances, but he owns a 2.357 OPS, 572 wRC+, and 57.1% hard-hit rate for this batted-ball event.

Lucchesi’s 3-2 record and 2.98 ERA may not be all that surprising since he produced a career minor-league ERA of 1.99. However, the 24-year-old southpaw had just 181 innings under his belt before reaching the majors, with none of them coming above Double-A.

Opposing hitters have produced a .292 BABIP despite a 39.3% hard-hit rate and a 43.6% ground-ball rate. So there could be some correction coming, but it’s still a stellar start for the rookie.

While Lucchesi has paired a 26.7% strikeout rate with a solid 11.3% swinging-strike rate, he’s also had the luxury of throwing the majority of his innings at Petco Park.

Of the 42.1 total innings he’s pitched, 31.1 have come at home, where he owns a 2.87 ERA and .298 wOBA allowed. His performance on the road hasn’t been too shabby, but the environment for his starts has typically been optimal.