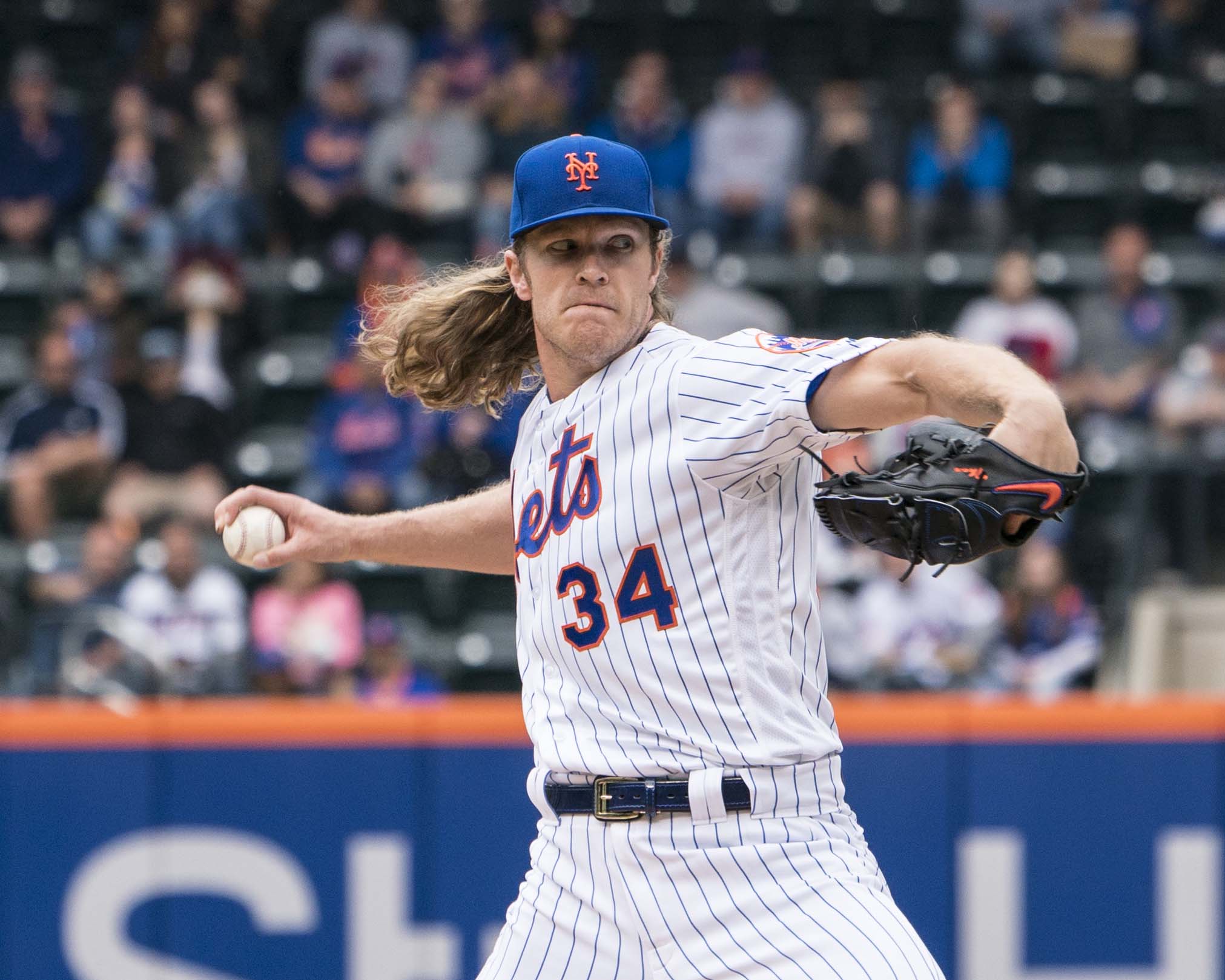 The New York Mets have been playing lousy baseball for a while, a fact that isn’t lost on anyone following the team. An 11-1 start has turned into an 18-17 nightmare, with first place gone and the Mets in crisis mode while the team in the Bronx simply can’t lose. No one expected the Mets to be competitive like the Yankees entering the season, but that great start raised expectations to the point where this run of poor play is extremely disappointing. The Mets have enough talent to turn their season around, but they need several of their star players to step up. The key guys are:

Noah Syndergaard: On the surface level, Syndergaard’s numbers (2-1, 3.09 ERA, 54 strikeouts in 46.2 innings pitched) don’t look bad at all. If you have watched Syndergaard pitch this year, he has been clearly missing something and isn’t pitching close to his elite potential. Syndergaard has delivered the performance of a solid number three starter, and that isn’t good enough from him that has gotten nothing out of the 3-5 spots in the rotation. The Mets need Syndergaard to pitch like an ace again and be a true stopper, something that hasn’t happened nearly enough this season.

Michael Conforto: Everyone was thrilled when Michael Conforto beat his May 1 timetable and returned to the Mets in the first week of the season. Conforto, who was an All Star a year ago, got fans’ hopes even higher when he launched a homer in his first game back to help key a Mets’ sweep of the Nationals in Washington. Things have gone very poorly for Conforto overall, as he is hitting just .191 with two homers and seven RBI’s in 27 games. Conforto was no doubt hurt by his lack of offseason prep after shoulder surgery prevented him from even swinging a bat until late spring training. The Mets probably rushed Conforto back as his timing has looked off for a while now. Conforto is now deep enough into the season that he has gotten a full spring training’s worth of at bats, so the Mets need him to start producing more like his All Star 2017 form than his abysmal 2016.

Jason Vargas: When the Mets signed Jason Vargas in late February, the move was praised for giving the team legitimate rotation depth. Fans were thrilled with the connection to new pitching coach Dave Eiland and the fact that Vargas won 18 games for the Kansas City Royals last season. A lot of pundits wrote off Vargas’ poor second half numbers (6-8, 6.38 ERA) due to fatigue in his first full year back from Tommy John surgery. Vargas has made those numbers look incredible in comparison to his current performance, which is represented by an 0-3 record, an ERA of 13.86, and a WHIP of 2.68. Opponents are batting .433 against Vargas, who inspired this incredible rant from newly returned WFAN host Mike Francesa:

Vargas’ performance is absolutely atrocious and he is essentially burning money that General Manager Sandy Alderson spent to improve the roster. Unless the Mets get more out of Vargas, he needs to be out of the rotation in favor of a guy like Seth Lugo.

Wilmer Flores: The Mets have struggled as a team against left handed pitching, and there may not be a bigger key to those struggles than Wilmer Flores. Flores, who has been a lefty masher throughout his career, is hitting .156 (5 for 32) with two doubles and two RBI’s against south paws. His overall numbers aren’t much better, as Flores is batting .221 with three homers and seven RBI’s on the year. With Todd Frazier on the shelf with a hamstring injury, Flores is in line for more at bats and needs to do something with them to help give the offense a boost.

Jay Bruce: The Mets’ biggest offseason signing in terms of money was the return of Jay Bruce, and the sequel hasn’t gone as well as the original. Bruce hasn’t delivered in the middle of the batting order, hitting just .235 with three homers and 14 RBI’s in 34 games. A new bout of plantar fasciitis certainly isn’t helping matters, but Bruce needs to give the Mets another big bat in the middle of the order if they have any chance of turning things around. Bruce is expected to miss this weekend’s series with the Philadelphia Phillies to witness the birth of his second child, so the Mets have to hope the six day break between games will re-energize Bruce upon his return.