How will the Celtics defend LeBron James? 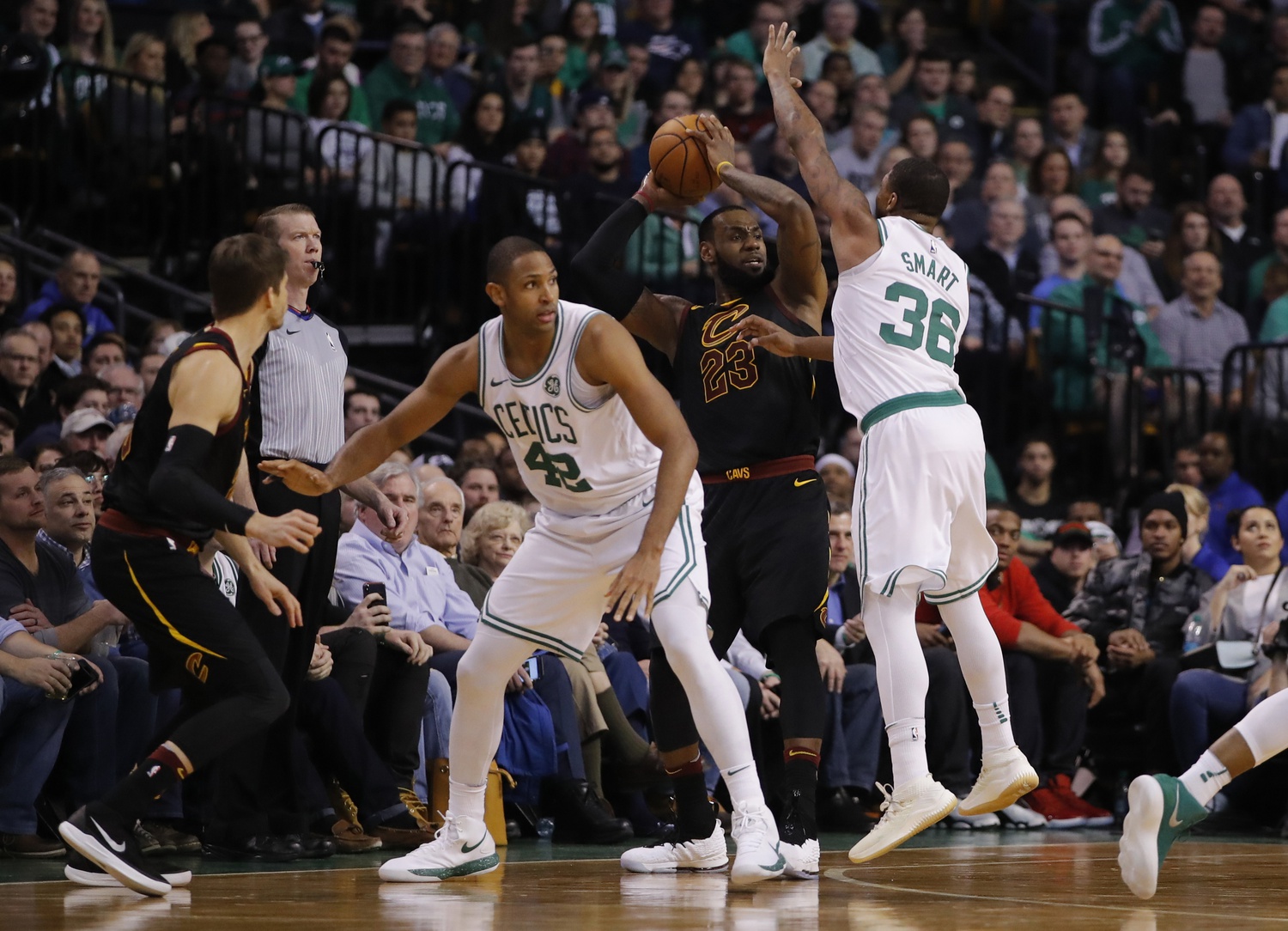 How will the Celtics defend LeBron James?

Fansided’s Jared Dubin has a great preview of the Eastern Conference Finals.

He runs through several areas of question, including how the Celtics might defend LeBron James. Here are some stats from the regular season:

How will each of those matchups worked out depends on what you’re looking at. Cleveland had its worst offensive rating on the 10 possessions where James was defended by Horford. Their scoring output was similarly poor when Brown defended James, and over a far larger sample of possessions. James was extremely aggressive in both of those matchups, however, and he was even more aggressive when defended by Tatum and Smart. NBA.com’s deterrence factor measures how often a player shot the ball, per possession, while defended by a certain player compared to how often he shot the ball, per possessions, overall.

By that measure, nobody did a better job on LeBron than Semi Ojeleye, who had a deterrence factor of 59.5 on the 39 possessions where he defended LeBron. (Basically, LeBron shot the ball only 60 percent as often when defended by Ojeleye as he did when defended by somebody else.) There were 58 players that defended LeBron on at least 30 possessions during the regular season; only five had a better deterrence factor than Ojeleye.

Do the Celtics want to deter LeBron from shooting and make the other guys beat them? If so, we might see a lot of Ojeleye, just like we did down the stretch of the Milwaukee series when he defended Giannis. Do the Celtics want to let LeBron get his one-on-one and not let anybody else get going? If so, it seems likely that LeBron will do much of his work against Brown and/or Morris.

I don’t see any secret moves here. I think Brad will go with the regular season strategy and rely heavily on Brown and Morris. He’ll go to Ojeleye off the bench when foul trouble (inevitably) arises.

The obvious drawback to playing Ojeleye rotation minutes is the impact he has on the offense. Cleveland averaged 118 ppg in the series vs Toronto. Boston can’t win scoring in the 90s.

I’ll continue to state the obvious and say it’s critical to keep Tatum away from LeBron so he avoids foul trouble.

If the Celtics are gonna win, they must limit Kyle Korver, JR Smith and Jeff Green. Games where they go off for 15-17 points are going to result in Cleveland victories.