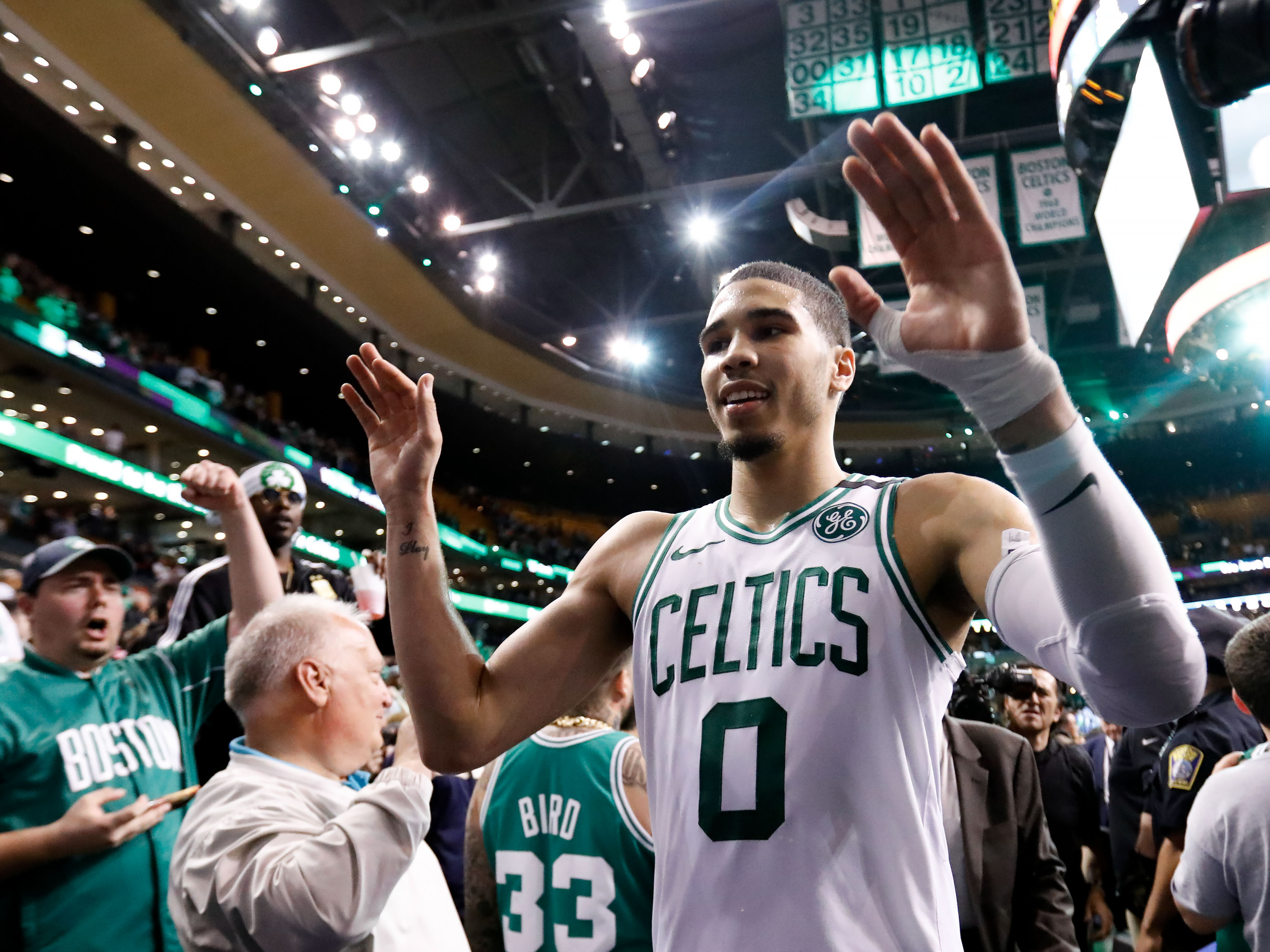 When the Celtics and Cavs square off in the Eastern Conference Finals this weekend, it won’t be the first time LeBron James and Jayson Tatum will have squared off in a big game.

Even though the two are 13 years apart, the Celtics rookie revealed that he and James once played a game of 1-v-1 during the Cavs’ NBA Finals run in 2007.

Tatum grew up playing AAU ball, and his godfather, Larry Hughes, was on that Cavs team.

He shared some details in an interview with Michael Lee of Yahoo Sports:

“He knows from me, my thing is, they’re just men,” Tatum said. “You know how to play. Find a way to enjoy the game and … just don’t ever be afraid,” Justin Tatum said. “He carried that through his whole career and it’s going to keep enhancing as he gets older and better. Right now, I just love to see him be confident. This doesn’t intimidate him or frighten him.”

We wonder if James even remembers that the two squared off. He may not. Or did Tatum leave an impression on him?