Odubel Herrera is helping the Phillies in more ways than one 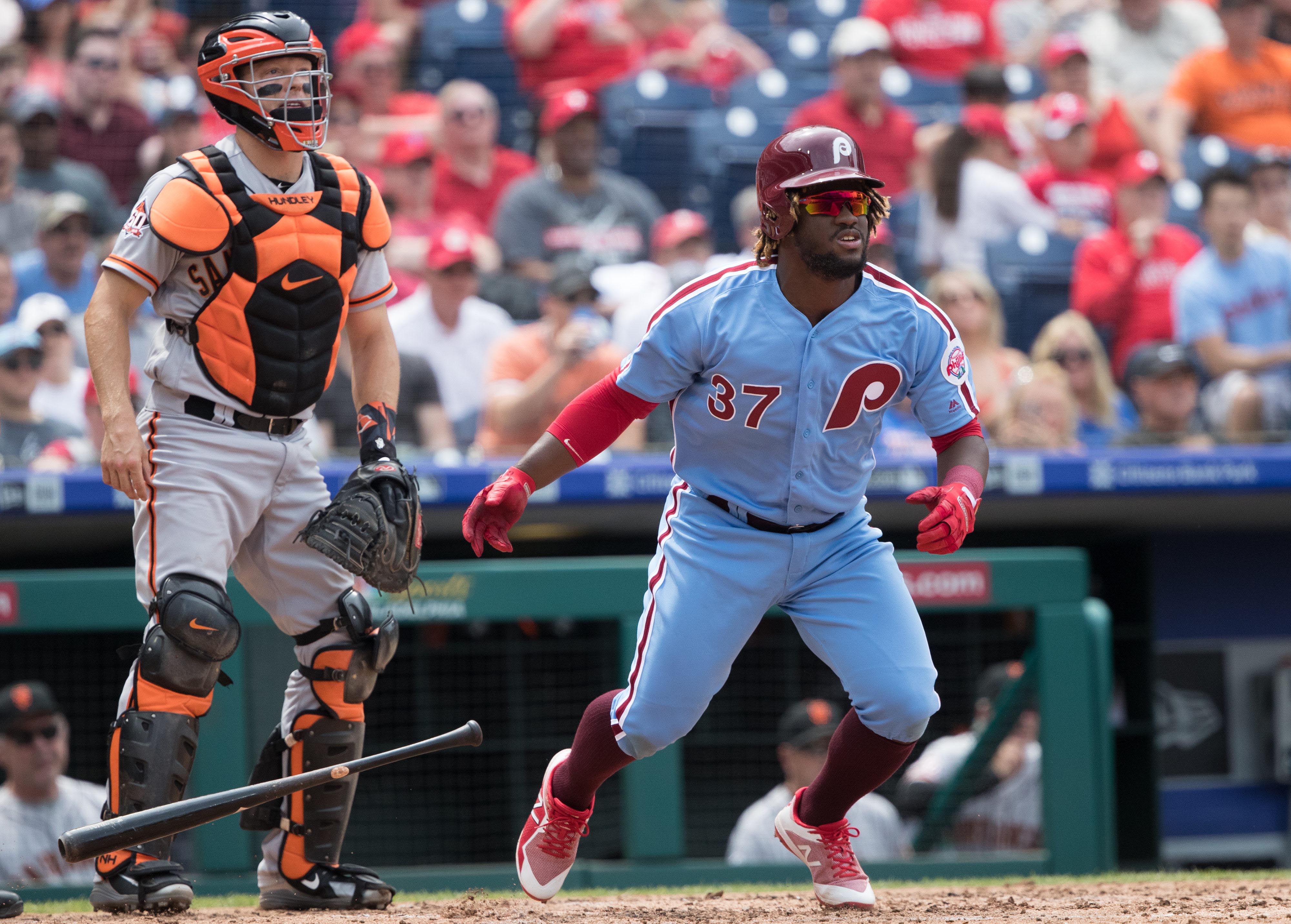 Odubel Herrera is helping the Phillies in more ways than one

While everybody in the City of Brotherly Love has been paying attention to the Philadelphia 76ers — and rightly so — the boys at Citizens Bank Park have been playing good baseball.

After starting the regular season 1-4, the Philadelphia Phillies are 22-15. They are now only half a game behind the Atlanta Braves for first place in the National League East. Even though records in May are usually meaningless in baseball (not at the extremes but often in the middle), it is great to see the Phillies get their act together after a series of rebuilding years in which playoff contention was not realistic.

One player who has been leading the charge for the Phillies as a hitter is center fielder Odubel Herrera. The flourishing outfielder is setting the tone for the Phils’ lineup.

If those numbers do not speak volumes about Herrera’s production, here is a stat that will blow you away. Herrera has reached base safely in 39 straight games, dating back to Sept. 27, 2017, against the Atlanta Braves. The last time a Phillie had an on-base streak reach this many games, you have to go back to the 2005 and 2006 seasons with Jimmy Rollins.

A player such as Herrera — who gets on base and causes havoc on the base paths — makes life easier for a lineup’s power hitters. Rhys Hoskins and Carlos Santana have become those players for the Phillies, whose improved balance and versatility have quickly become apparent this season.

In addition to his offense, Herrera has been a very good defender in the outfield. The Venezuelan is sporting a .988 fielding percentage, which is better the league’s average (.985). But the numbers do not tell the complete story. When you watch Herrera play in the outfield, he has the speed to track down any ball that is hit close to him. He can make spectacular catches that leave you slack-jawed in amazement.

Just ask Atlanta Braves first baseman Freddie Freeman, who thought he had a home run in a recent game in Philadelphia. Herrera stole it from him with a fantastic grab over the center field railing, snagging the ball just before it hit the bushes and would have officially become a homer.

He makes this incredible catch to rob Freeman of a home run! pic.twitter.com/HsJ21KpT3F

For the Phillies to succeed this season, they will need their electric outfielder to continue to play hard and smart. Herrera has been criticized in the past for boneheaded plays, but has limited them thus far in 2018. If he can hit better with runners in scoring position, Herrera may propel himself back to the All-Star Game this summer… and push the Phillies into a place of relevance in late September.

In the land of the Liberty Bell, Odubel Herrera has freed the Phillies from the bottom rungs of the National League. The Sixers just wrote a compelling first chapter in the story of a young team on the rise. Anyone in Philadelphia who might be deflated by the end of the NBA playoffs has an expansive spring and summer to look forward to. The Phillies and Mr. Herrera hope to lead the next big youth movement in this city’s thriving sports landscape.