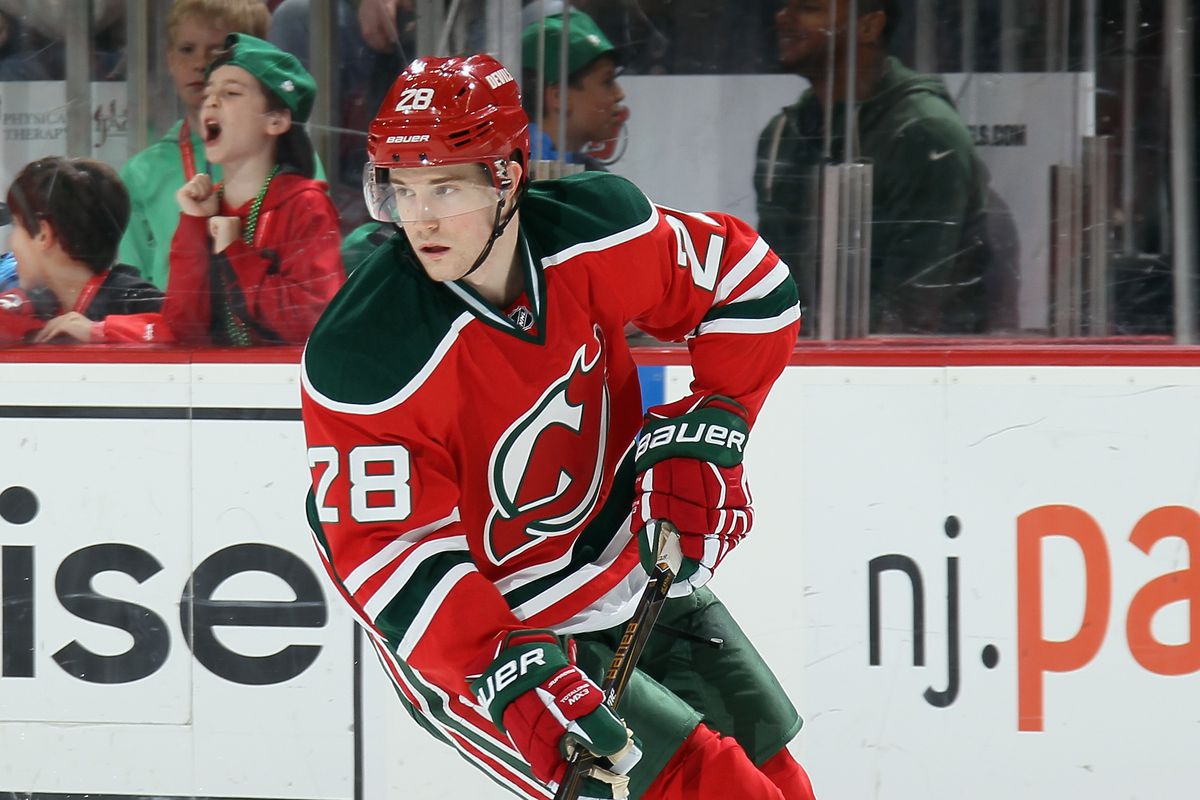 Edmonton’s quest for a right-shot defender could once again take them to New Jersey for a trade. The Oilers, under Peter Chiarelli, have traded twice with the Devils, once for right-shot D Adam Larsson (Taylor Hall) and the other shipping Patrick Maroon to the land of Tony Soprano at the deadline.

When the Hall trade went down, I was hoping the Oilers would find a way to finagle Damon Severson out of the Devils. It didn’t happen then, but perhaps it could happen now. Edmonton is in need of a right-shot defender and Severson fills that hole. He’s also signed long-term and young enough to grow with the Connor McDavid cluster.

The Devils acquired Sami Vatanen during the season and he took over as the team’s top-pairing option on the right-side. Severson was relegated to the second-pairing, playing with John Moore.

To be honest, there really isn’t a good reason why the Devils would move the 23-year old Severson. That said, New Jersey does need some forward depth and could use a left-shot defender to replace Moore in the top-four. Perhaps a hockey trade could jar Severson loose. Other than that, the Devils likely keep the player.

Severson is young enough where he is still growing and developing as a player. That said, Severson has already started to show some offensive chops and possesses a strong shot. He’s a right-shot D who averaged just under 20 minutes a night in 2017-18 (19:41) and sawed off the opposition when it came to possession (49.4% Corsi For).

At just 23, Severson has already established himself as a high-end depth defender who appears close to pushing for top-four minutes in the world’s best hockey league.

Here’s a look at Severson’s scouting report via The Hockey News:

Assets: Has NHL size and a booming shot from the point. Displays all-round ability from the back end. Can play a physical game and also be an asset on the power play.

Flaws: Needs to become more consistent in all facets of the game in order to maximize output in the NHL. Must also become better at defending his own zone.

Career Potential: Inconsistent but talented defenseman with some upside.

Severson, on a good team, likely plays on the third-pairing. In Edmonton, Severson is likely a second-pairing defender. Adam Larsson is a better player right now, but I do think Severson is better than Matt Benning at this stage.

I think a second-pairing role is a little high for this player right now, but he should absolutely grow into it as time goes along.

Severson has five more years left on a contract that counts $4,166,666 against the cap. It’s a pretty hefty contract for a third-pairing defender, but once again the expectation is that Severson will grow into a bigger role as time goes along.

In terms of trade cost, a one-for-one trade involving someone like Jesse Puljujarvi could be in the cards as the Devils look to add a little more firepower up front. I, personally, would not make that deal from Edmonton’s perspective.

Perhaps the tenth overall pick could be in play in a trade for Severson.

Damon Severson isn’t the sexy option that many Oiler fans want, and he’s overpaid right now, but he’s still an option that makes sense for the club. Severson is a young and developing offensive defender who should grow into the second-pairing RHD that the club is looking for.

I do think the contract, especially if he’s on the third-pairing, is a little much to handle right now. In terms of trade assets, Severson could also prove to be too expensive for Edmonton’s taste right now.

He’s a good player that could be a nice piece for a longtime, but I’m just not sure there is a match right now between Edmonton and New Jersey for Severson.