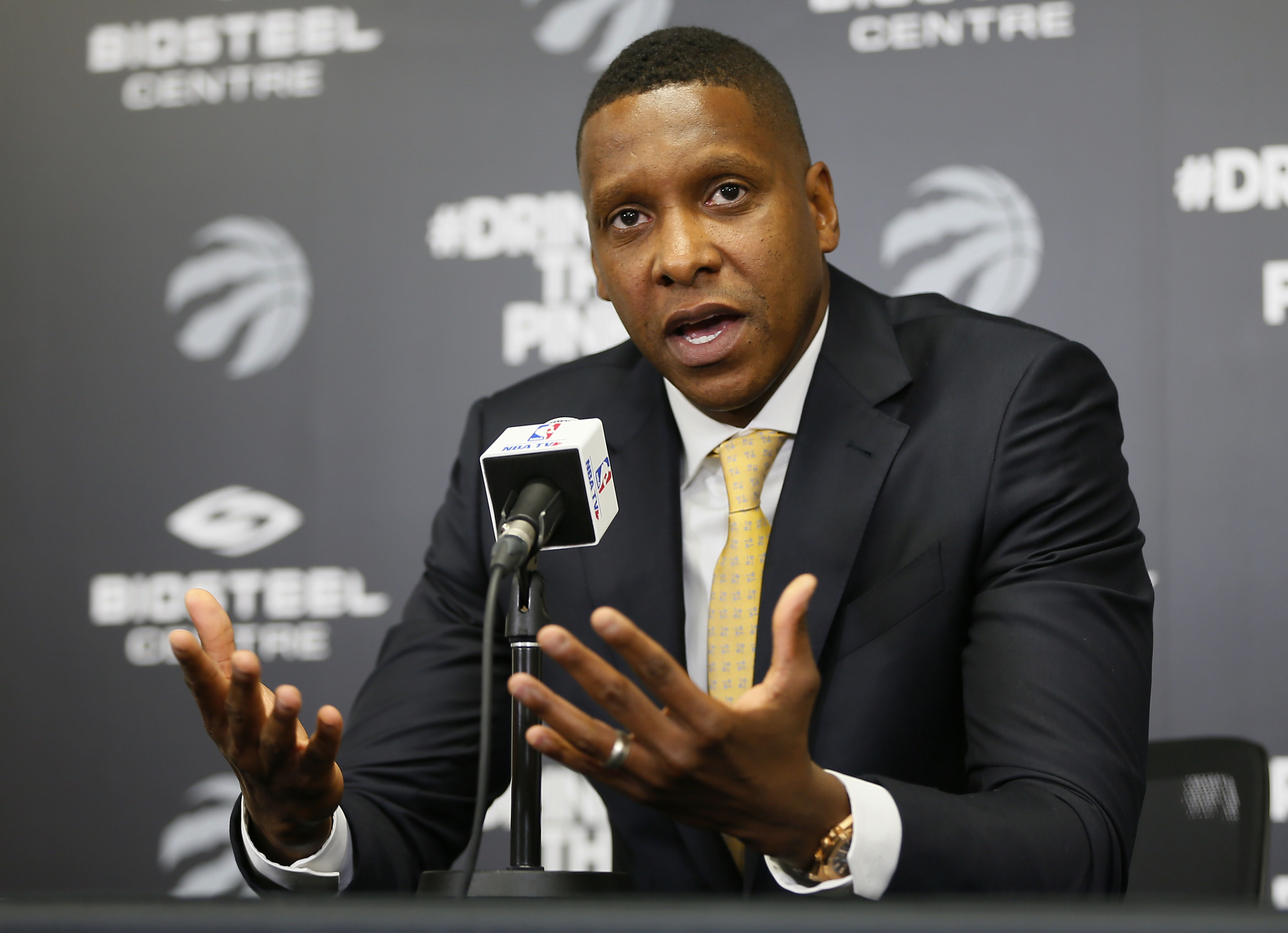 Dwane Casey will probably win the Coach of the Year award, but he’s currently out of a job.

Although, it probably won’t be for long, as we won’t be surprised if Casey gets hired by another team in the next month or two.

Still, Casey was fired by the Raptors, who earned the No. 1 seed in the Eastern Conference. It didn’t matter, though, as the team was embarrassingly swept by LeBron James — who has spoiled the team’s hopes of making a run nearly every year.

Raptors general manager Masai Ujiri addressed the media on Friday in speaking about the move, and, for some strange reason, he called it a “celebration.”

Masai opens his presser by thanking Casey, says this has been a difficult day for the organization. "In some instances I think of this as a celebration – great man, great coach. It was a difficult decision to come to. It's not something we took lightly"

We have to wonder if the Raptors players view it the same way as the organization does.