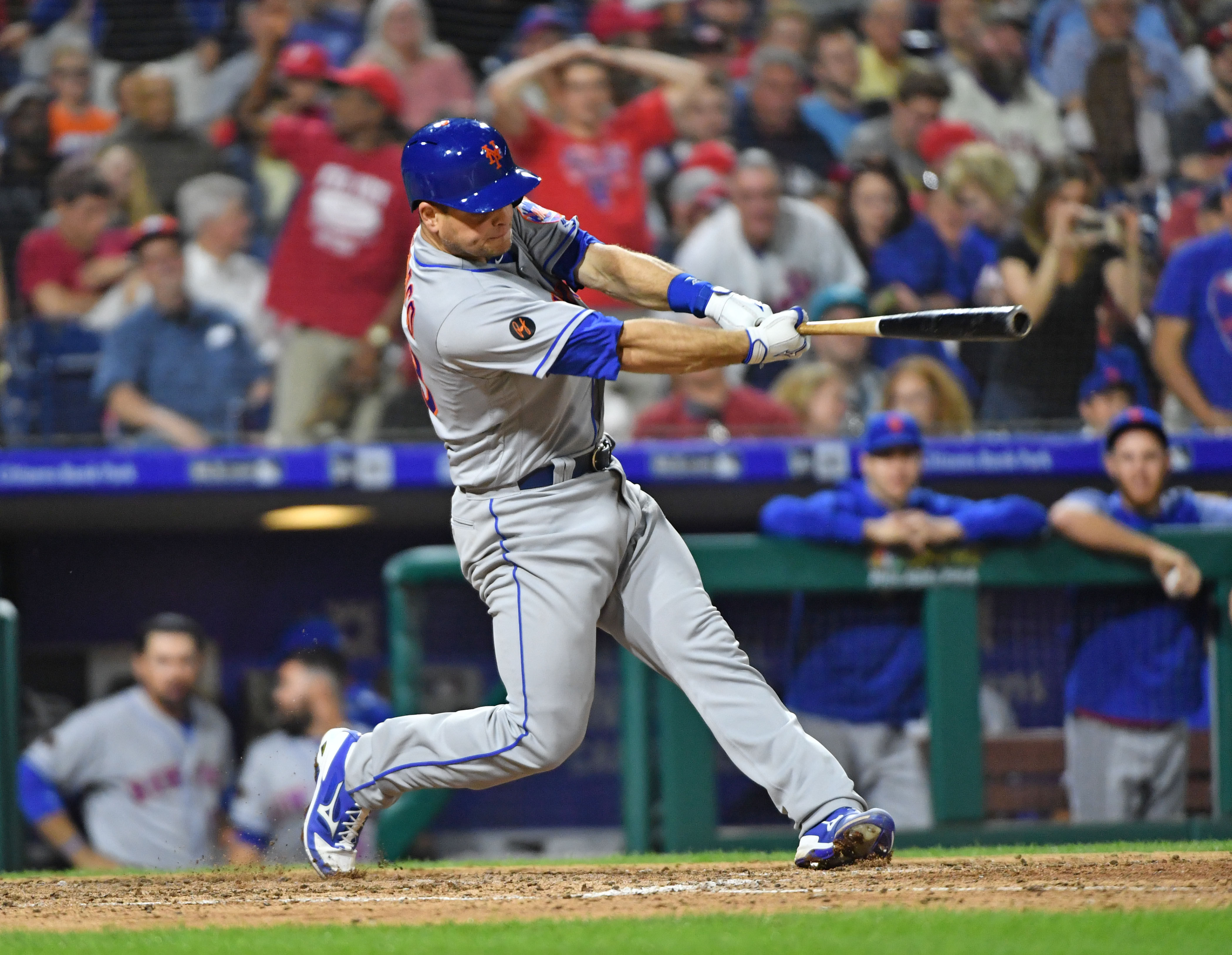 Think of what it must be like to be Devin Mesoraco this season. He had played in 20 games this season and his team had lost every single game. Now if you’re a pitcher, and your team is 0-for-20 in games you pitched in, at least there’s some sort of explanation.

But to be a position player and have your team be 0-20 when you play, to not even accidentally appear in a victory for a team that’s 8-26, and then be in two losses against your favorite team? That takes some sort of bad luck that when combined with the bad luck of the New York Mets could cause the end of the freakin’ world if not handled correctly. I wouldn’t know how to even handle it correctly, let alone handle it correctly. That’s some Indiana Jones stuff happening where your arch enemy has four of the five Sankara stones or something.

For eight innings, it looked like Jake Arrieta was going to pull the fifth Sankara stone out of his beard and yell “kali ma” and ensure the Mets would never win again. Arrieta went seven and a third walking two and giving up five hits, and basically rocked the Mets to sleep. Steven Matz, in somewhat of a redo from his game against the Rockies, gave up a first inning home run and weaved in and out of trouble for a five inning outing that might have been six had Amed Rosario been able to field a double play ball cleanly in the fifth inning. And when Jose Reyes singled in the seventh as a pinch hitter (after a double play, mind you) only to get picked off (and tagged twice before you reached the base), one would think that the Mets would never win again, but might never score again.

Thankfully, the Mets pulled this game out of the fire, and out of nowhere to steal a victory. After Wilmer Flores singled to left and was pinch run for by Luis Guillorme, Michael Conforto crushed two fastballs off Hector Neris. One was foul, and thankfully one was fair for a two run home run which injected some new life into the roster and the fan base. Perhaps Conforto also showed us that his timing and his swing, which has been a little bit off all season, is good enough to return him to where he was last year.

Then Mesoraco, on the next pitch, hit a solo home run off Neris to give the Mets breathing room which they utimately didn’t need. but after zero wins and twenty losses this season, Devin would choose to leave nothing to chance if hit was his choice. A juicy fastball from Neris gave Mesoraco a pretty alluring choice, which he chose to let fly over the left field wall.

Jeurys Familia set the Phillies aside harmlessly after three days off and the Mets got themselves a much needed victory, and hopefully a victory that will age well over time and not just be a momentary oasis in a desert of suck. But right now it is a night where the Mets can sleep well, and Devin Mesoraco can put his head to his pillow as a winner, and sprinkles are for winners.

And I heard the guy he was traded for did okay too.