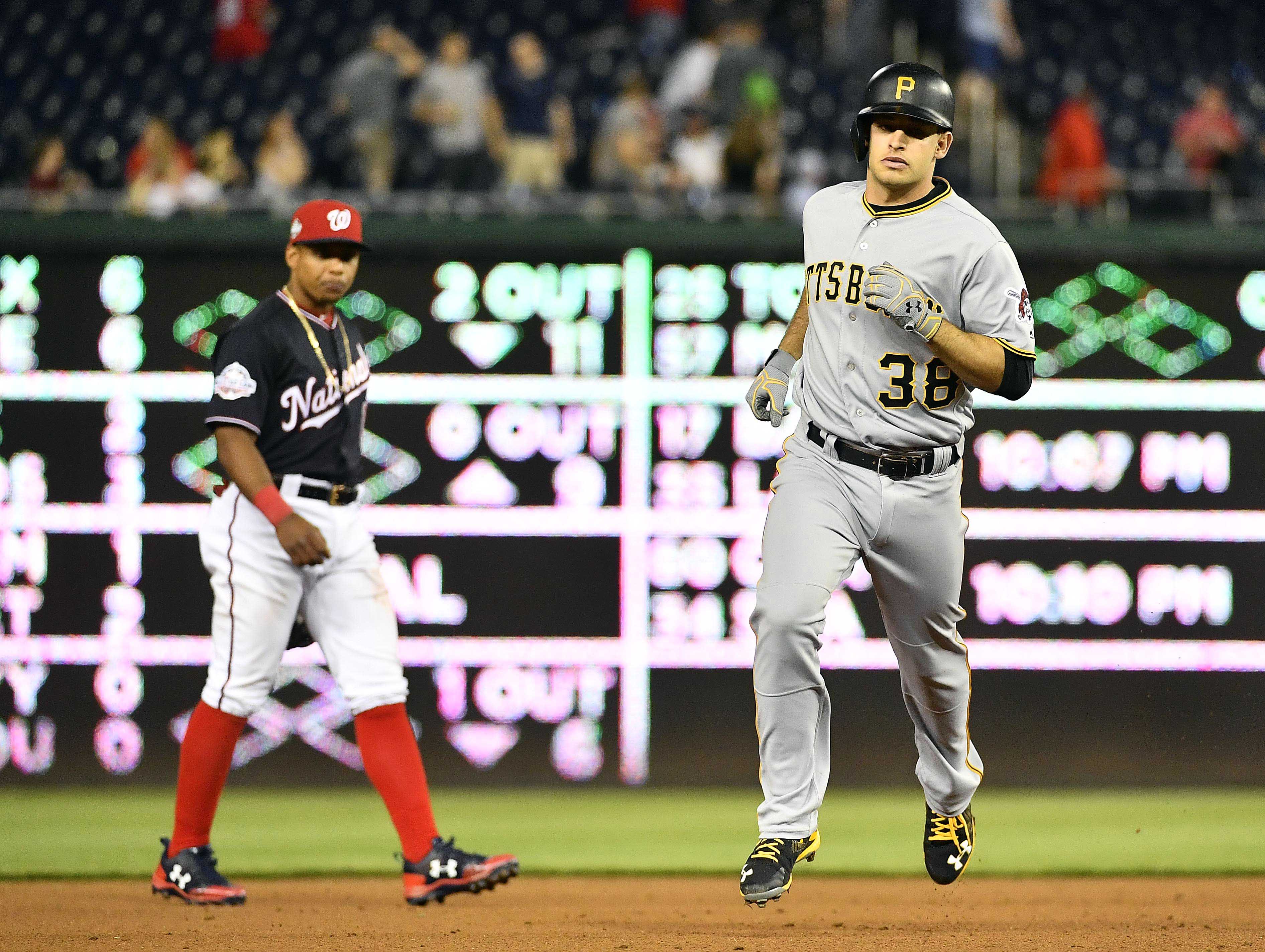 In just 30 at-bats at the major league level so far in the 2018 season, Pittsburgh Pirates second baseman Max Moroff has shown flashes of brilliance.

Friday night was more of the same, as the switch-hitting infielder drilled a three-run homer against the San Francisco Giants, going 2-for-5 on the night.
Moroff’s powerful blast helped the Pirates roll over the Giants, but that wasn’t all; Moroff’s homer continued to fuel the debate that he needs to be getting more consistent at-bats in the lineup at second base over Adam Frazier.
Sure, Moroff’s raw numbers don’t look great (.208/.240/.375, 48 percent K rate), but much like last summer, he’s not getting consistent at-bats like he has in the minors, inhibiting him from settling into a groove.
Moroff has started back-to-back games just twice so far this season — April 18-19 against Philadelphia and Colorado, and May 1-2 in Washington.
While he’s received 30 plate appearances so far since getting called up in the middle of April, a majority of them have come in pinch-hit, or defensive replacement situations. That’s tough for a guy to come off the bench and produce right away.
One thing we know with Moroff is that he’s nowhere near as bad as he was last summer for a stretch, hitting under .100 last summer before being optioned back to Indianapolis.
What we do know though is that the switch-hitting prospect can
produce in the majors when given a shot.
Last September and October, Moroff steadily improved. He became noticeably better towards the end last season season when he began to receive plate appearances on a regular basis.
In 59 trips to the plate in September and October, Moroff recorded a slash line of . 260/.373/.420. Some could say that his .400 BABIP helped that slash line tremendously, but at the same time, he recorded a hard hit rate of nearly 33 percent during that timeframe, per FanGraphs.
Moroff will still strike out at a high rate (he’s at 48 percent so far during the 2018 season), but when he’s given regular plate appearances, he’ll settle into a groove, getting on base at a high rate, provide some power, and give the lineup some flexibility with his switch-hitting capabilities.
Knowing this, and seeing Frazier’s struggles, Moroff deserves a lengthy look at second base, at least until Josh Harrison returns to health.
Moroff received a look on Friday night at PNC Park, and came through in a big way, so hopefully Clint Hurdle and his staff sees what Moroff brings to the table and inserts him over Frazier on a more regular basis, not just against left-handed pitchers.
​While Moroff’s hard hit rate is just 16.7 percent this year, he’s shown in the past that  his hard hit rate will rise with more consistent at-bats. He’s earned a lengthy look in a regular role.
Now’s the time to grant him that look.