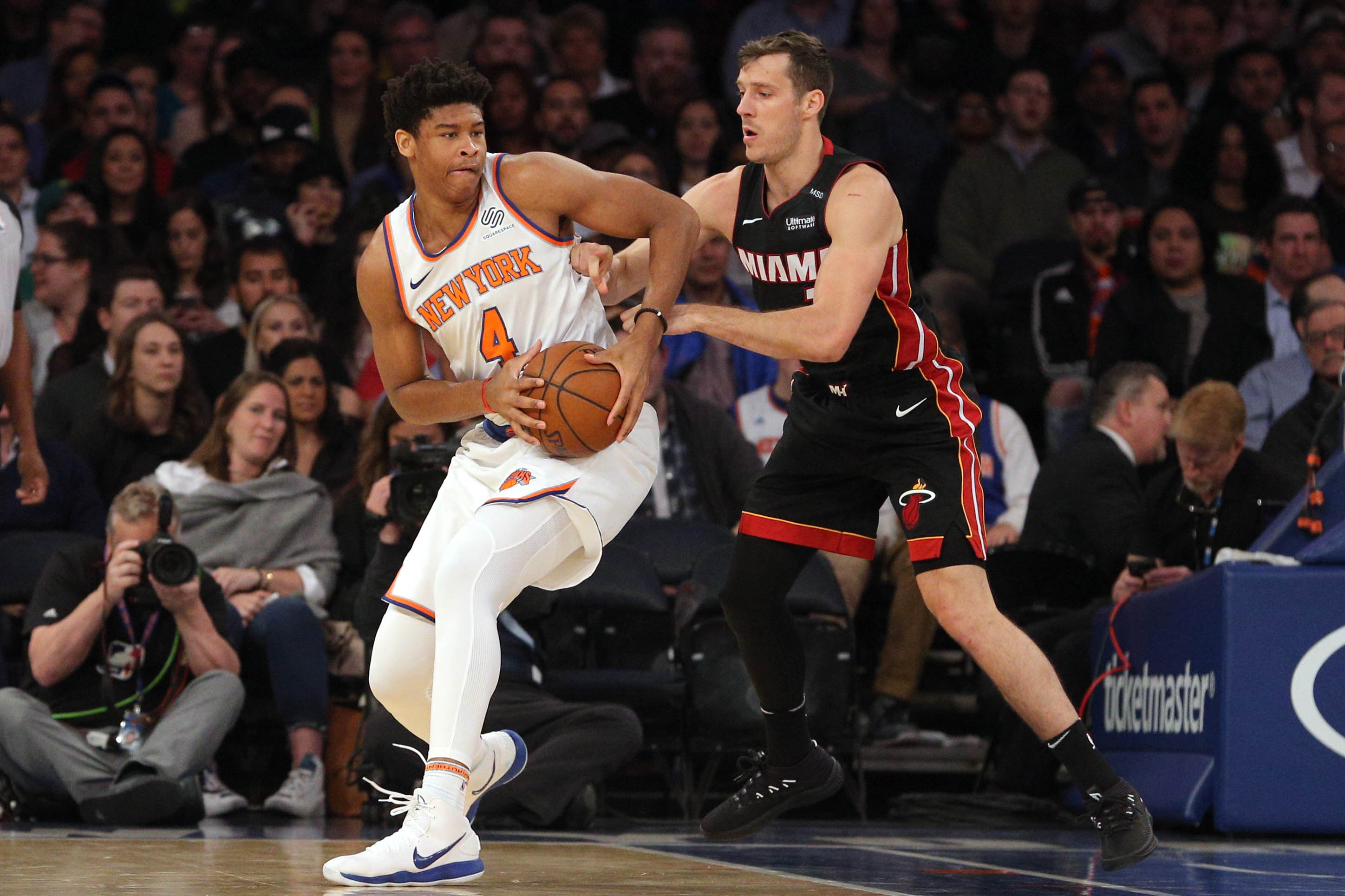 After clinching a postseason berth following their 29th win of the season, Westchester secured the best record in the G League following a 119-112 win over the Wisconsin Herd. Billy Garrett recorded 29 points, five rebounds and three steals on 8-of-14 shooting from the field. Xavier Rathan-Mayes finished the game with 23 points and 10 assists.

4. Top Teams In The G League Go To War

The top two teams in the G League, Westchester Knicks and Austin Spurs, faced off at the Westchester County Center. Both squads traded baskets in the final quarter and the Spurs were inching towards a victory. Jaron Blossomgame drove in for a layup to make it a one possession game. Darrun Hilliard had an opportunity to send the game into overtime, but Isaiah Hicks blocked his three-point attempt to give the Knicks a 95-92 win.

3. Division Foes Go Down To The Wire

The Westchester Knicks and Raptors 905 had intense battles during the regular season. Their four meetings were decided by a combined 10 points. On January 31, the Knicks were hoping to securing their 23rd win of the season. Westchester received a great contribution from Nigel Hayes, who returned from his stint with the Los Angeles Lakers. The Raptors 905 held a 97-91 lead in the final two minutes. The Knicks used an 8-2 run to tie the score at 99. On the final possession of the game, Rathan-Mayes missed a three-point attempt, but the ball fell to Hayes. Hayes then shot a baseline jumper at the buzzer to give Westchester the win.

Two for the price of one. When Trey Burke and Xavier Rathan-Mayes put on a franchise worthy performance, it’s hard to leave one out. Early in the season, Burke recorded a franchise record 43 points against the Delaware Blue Coats. His strong production was a catalyst in a 113-111 victory.

Rathan-Mayes became the first Westchester Knick to record a triple-double. The Florida State product was able to make an overall impact, while setting up the team with good looks. He finished the game with 12 points, 11 assists and 10 rebounds.

When March rolled around, the Westchester Knicks were looking to be the first team to clinch a spot in the G League Playoffs. As the Knicks inched closer, the organization was on the verge of surpassing the franchise record for most wins in a season.

Westchester accomplished both of those on the same night.