What if Kris Letang was a forward? 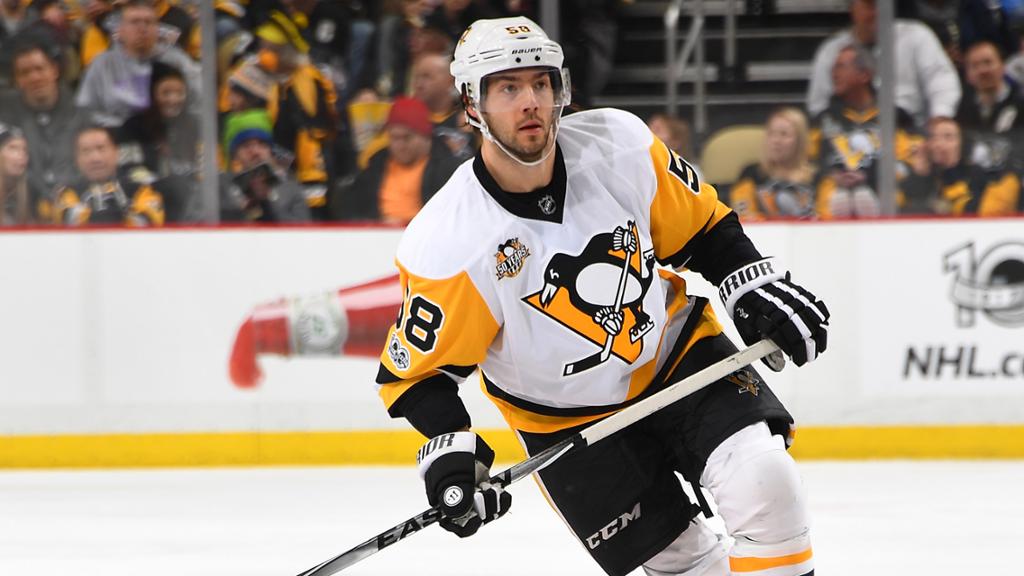 What if Kris Letang was a forward?

It was his finest NHL moment and the most important goal of his career. Despite giving up the tying goal one minute earlier, the Penguins, as they had done throughout the 2016 playoffs, maintained their composure and simply got back to work, hounding the puck, outskating San Jose and pinning the Sharks in their own zone.

Defenseman Kris Letang scored the eventual Stanley Cup-winning goal on this sequence that he started and finished. It takes confidence to make that bold spin move at the point since his momentum would carry him out of position if Joe Pavelski stripped the puck away. After properly skating to open ice at the bottom of the right circle where he knows Sidney Crosby can find him, Letang shows no hesitation to take a sharp-angle one-timer that beats Martin Jones.

In this one play, Letang’s confidence, playmaking and offensive creativity are on display.

Twenty-three months later, the nagging dingleberries of Pittsburgh media want to trade him and piss on these memories of Letang, basically urging their disciples to remember Letang’s defensive miscues as his “enduring legacy”.

What does it say about the state of rumor-fabricating media when this is tweeted out three minutes after the season ends? Like a coward, the author of this tweet deleted his statement rather than own up to his controversy-seeking initiative.

By Letang’s own admission, this is the play that will haunt him all summer.

But to blame Letang for not performing at his usual star level in 2017-18 is a lazy dismissal of all the physical challenges that he could not completely overcome coming back from neck surgery, as he revealed in his exit interview earlier this week.

The stats show Letang scaled back on delivering and absorbing hits as well as direct shot-blocking, major changes that affected his whole approach to defending opponents, timing of passes, puck retrieval and play along the boards.

As a thought experiment, what if the major change that Letang made last summer was a positional change instead of adjustments to decrease the physical toll on his body?

Specifically, what if Kris Letang moved from the blue line to right wing?

I’m not, I repeat, not advocating a radical positional switch for Letang, but just imagining the “What if?” scenario of how 2017-18 would have turned out.

Brent Burns is an example of someone who did the opposite, going from forward to defense. Dustin Byfuglien was a defenseman in junior, as he is now, before Chicago converted him to a forward and the Pens’ own Phil Bourque likewise moved from D to forward.

We know defense is a burden shared by defensemen and forwards but what if the Pens had decided to exploit Letang’s clear offensive skills by allowing him to concentrate on them primarily? Would the gain of having another fast forward outweigh the loss of one of the league’s fastest-skating defensemen?

Would his success rate in the shootout (best among defensemen all-time) have translated into a reasonable number of regulation and overtime goals?

How would Letang’s shift to the forward corps have affected the remaining blue line pairings? Down one right-handed shot, would Jim Rutherford still have signed Matt Hunwick and traded for Jamie Oleksiak?

And the all-important question of moving Letang onto a forward line? Which one? What if Crosby skated with Jake Guentzel and Letang all season?

No one can possibly know the answer to all these questions but there assuredly would not have been as much griping about lost coverages in the defensive zone or liability on giving up an odd-man rush. A puck that is mishandled or given away by a forward along the half-boards is often much subtler a mistake than a puck that is glaringly lost by a defenseman at the point.

No matter what, it sure would have been an even more entertaining season had the Penguins radically changed Kris Letang’s role.