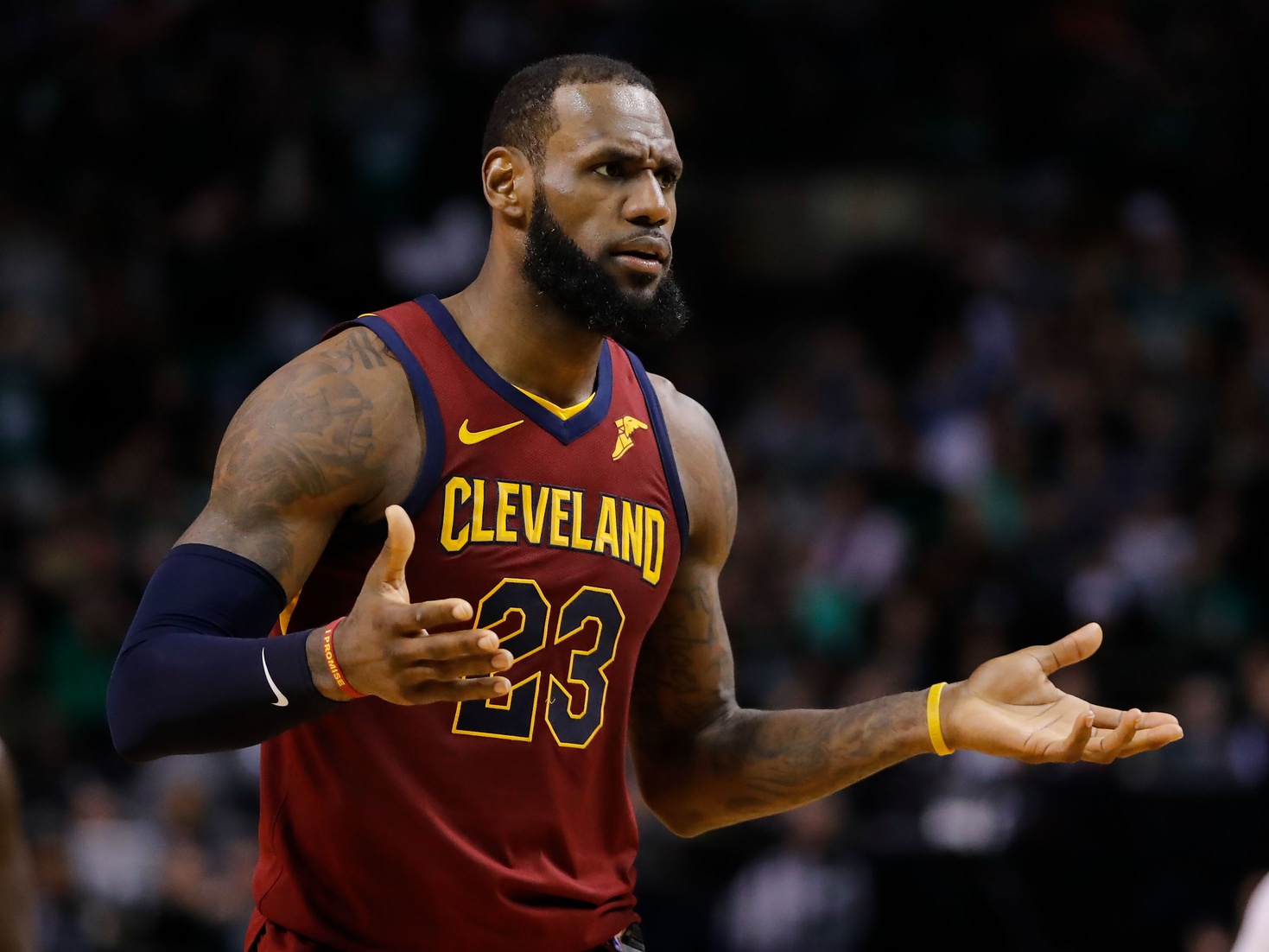 Raise your hand if you had the Celtics with a 28 point lead in the 4th quarter.

This was a DOMINANT performance by your Boston Celtics. The Cavaliers had ZERO interest in playing defense today. If it’s going to be this easy, the Celtics are going to sweep.

This has nothing to do with the Cavaliers poor shooting. This was all about Boston getting whatever they wanted on offense.

There was no real rhythm for the first few minutes of the opening quarter. But then Al Horford (11 points, 4-4 FG) and Jaylen Brown (13 points, 5 rebounds) started to find their collective grooves. And then the entire Celtics roster started to realize the Cavaliers opted out of playing defense today. There was NO resistance. Boston kept attacking, attacking and attacking. I believe the run was 21-2. By the time the horn sounded, it was 36-18.

Nothing really changed in the 2nd quarter. The Cavaliers kept missing shots.  And the Celtics kept attacking the mismatches. Jayson Tatum joined the hit parade (9 points at halftime). Boston exploded for 61 first half points. Typically, these outbursts are fueled by white-hot 3-point shooting but the Celtics had just 5 makes in the 1st half. The lead was 26 at the break. LeBron James had 7 points on 3-8 shooting.

The lead stretched to 28 in the 3rd quarter but the Cavs started to plug away.  LeBron took advantage of switches with Terry Rozier and there seemed to be a huge increase in quick whistles (Cavs 8-8 FTs). Jeff Green beat the buzzer (after Semi Ojeleye couldn’t find the god damn rebound) and the lead was down to 14.

Before I could complete the sh*tting of my pants, the Celtics rattled off a quick 7-0 run (Mook dunk, Smart, 3, Tatum lay-up) and pushed the lead back to 21. The Celtics did not let up. They strung together an 11-0 run later in the quarter (TATUM IS A GOD DAMN GROWN MAN)  and pushed the lead back to 28. At this point, both coaches called off the dogs.

Hot-ish
Boston shot 51% from the field.

I can’t believe that happened

Al Horford leads the break and finds Morris for the fast-break bucket! pic.twitter.com/3n8P5xaqIm

Brown gets it done on both ends! pic.twitter.com/gxOfXATUwm

Whatta pass from the rook! pic.twitter.com/s59IW6fOVD