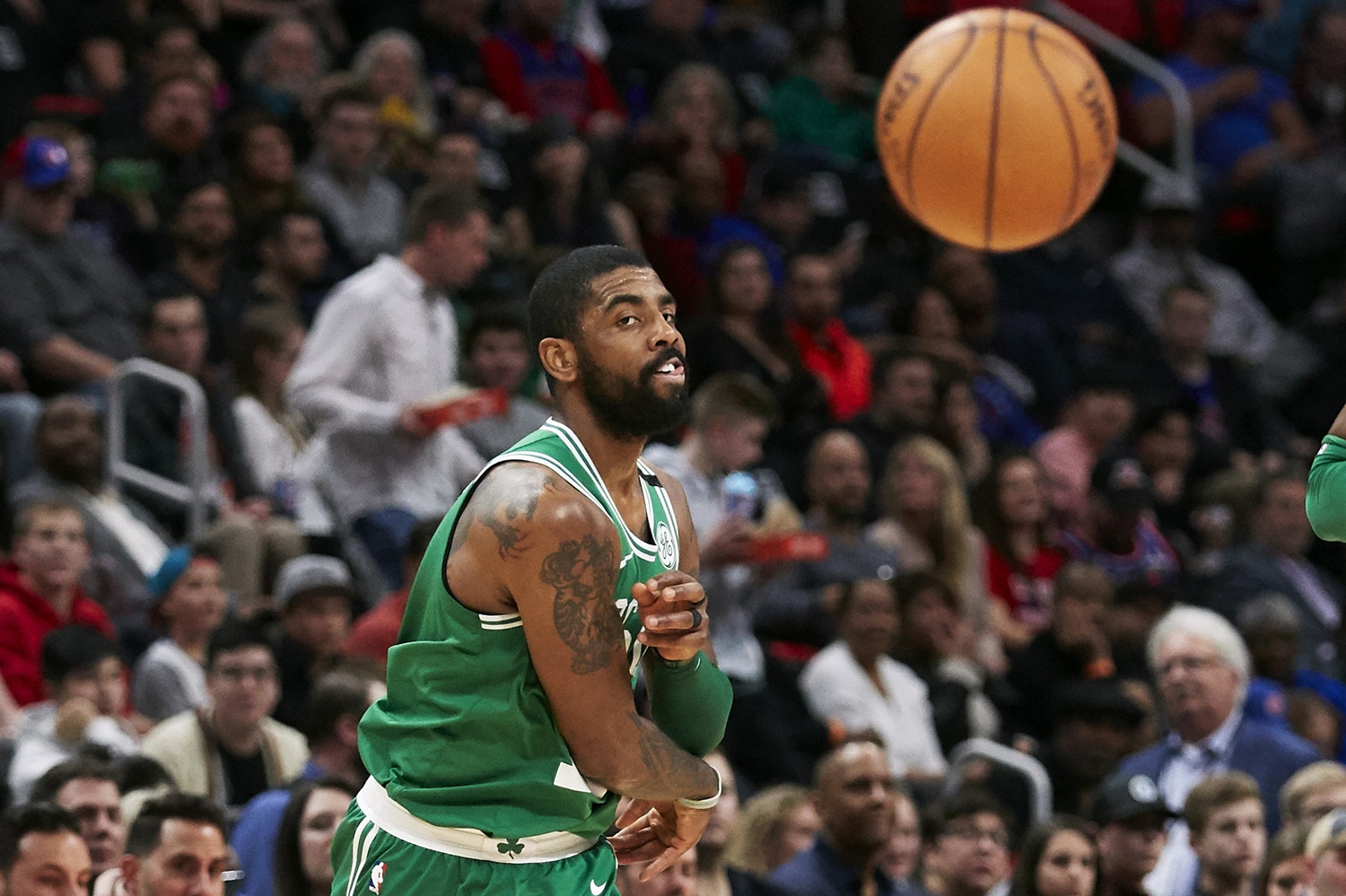 There was a time when the Celtics’ season was drowning in doubt. Getting stomped down by LeBron James and the Cavaliers on day one and being kept down by Giannis Antetokounmpo and the Bucks on day two made for a rough opening. Kyrie Irving’s reputation as a true leader was on hold, and the Celtics were set to play their 3rd game in 4 days against the 76ers. Things looked like they were about to get a lot worse before they got any better.

But they didn’t get worse. Instead, they won that next game. And then the next fifteen. The only hope was to avoid total disaster, and the outcome was making history. They didn’t do that without Kyrie Irving.

The Celtics cooled off before the All-Star break. Four losses in five games, including a 20 point loss to Toronto, a 22 point loss to Cleveland, and a 10 point loss (while giving up 129 points) to the Clippers. It appeared to be the end of the Kyrie Irving honeymoon. The pace of winning was simply unsustainable, and it was time to accept the reality of life without Gordon Hayward. It’s only fair that Celtics fans are forced to think rationally now and then, right?

After the All-Star break, Irving and the Celtics scorched a gaggle of inferior competition – the plus-60 point differential over four games is actually selling it short due to how many garbage minutes were played – and Celtics fans were once again deluded by visions of winning the East. “This team is for real.”

Kyrie Irving’s emergence as a floor general was cut short by an injury that will keep him sidelined until next season, and yet the Celtics will face the Cleveland Cavaliers in the Conference Finals for the second consecutive year. To say Irving wasn’t needed to get there would be incorrect.

Jayson Tatum had hit the rookie wall (or so we thought). The Celtics were still looking for somebody, anybody, to lead the second unit. Then, the second unit became the first unit when Jaylen Brown went down with a concussion around the same time Irving’s knee started to act up again. And yet, they kept winning.

All of that context to make the following point: the Celtics needed time. Time to develop their young talent, to figure out the rotations, to find their identity. Irving’s dominance on the court bought his team enough time to get there. And his influence on his teammates was key in lifting them to the conference finals. Where do you think Terry Rozier learned those crossovers? How do you think he refined his skills, seemingly overnight, to finish impossibly tough layups at the basket? I can only speculate, but I feel confident in saying that it’s a byproduct of being teammates with Kyrie Irving.

Kyrie's former team: In the Conference Finals without him.

Kyrie's current team: In the Conference Finals without him.

This “The Celtics and Cavaliers both made it back without Kyrie” narrative that has been circulating is hot garbage. Not only did he set the stage for Boston, but he made Cleveland have to rebuild (almost) from the ground up. Cleveland punted on Isaiah Thomas and Jae Crowder (both acquired in exchange for Irving) halfway through their season. Some of the pieces from those trades are out of the rotation already. Cleveland was in legitimate danger of being eliminated in the first round. Allow me to reiterate: The team that LeBron James plays for almost lost in the first round of the playoffs. It’s a shame they didn’t have anybody contractually obligated to help them avoid such a near-death experience by providing consistent scoring and playmaking. A real bummer.

Saying that either team doesn’t “need” Kyrie Irving is just playing semantics. Add him to either roster right now and then tell me that team wouldn’t be heavily favored to advance to the finals. Likewise, the team that loses will really wish that they still had him.