Tell Me That's Not How It Ends For Adam Wainwright... 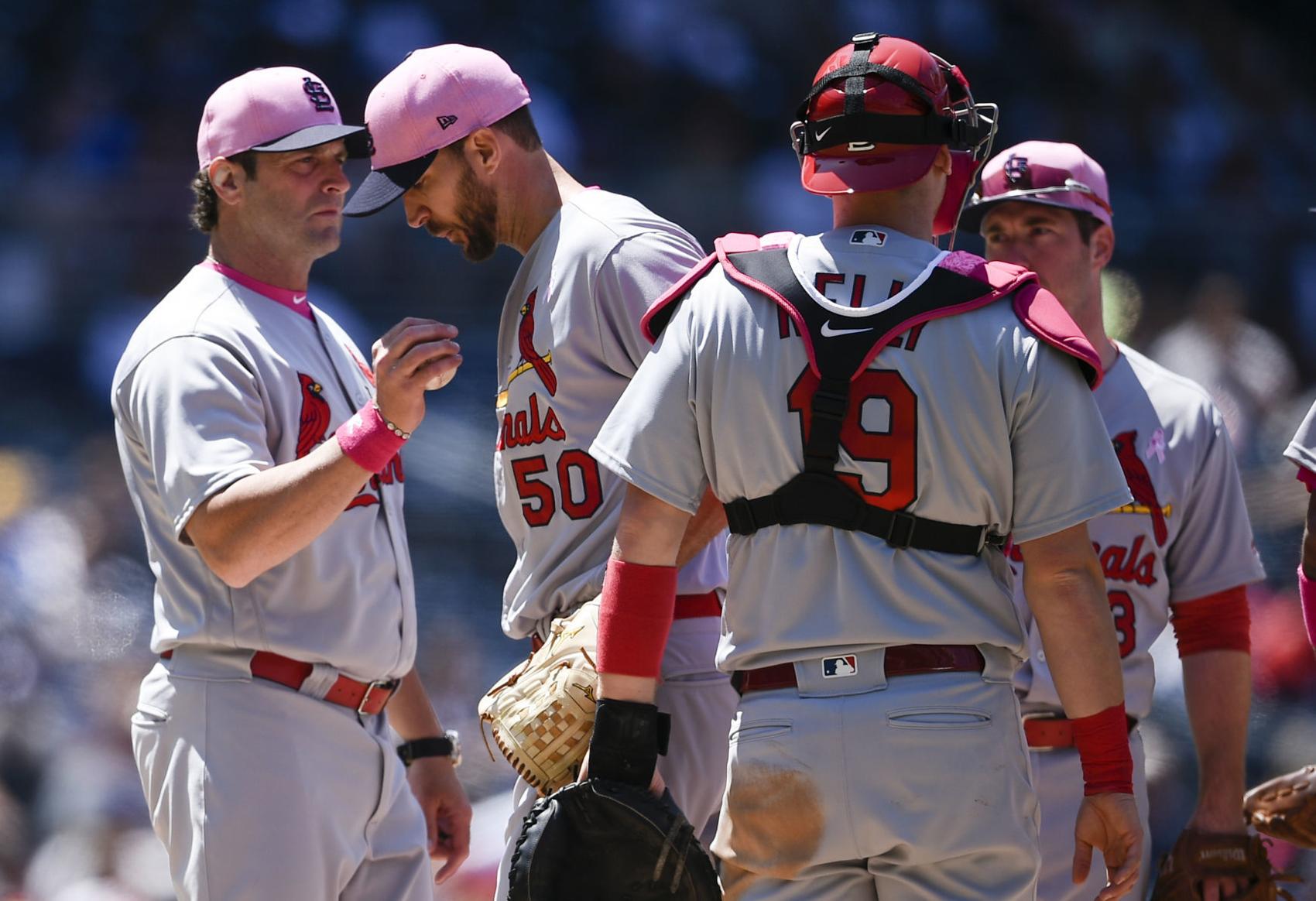 Tell Me That's Not How It Ends For Adam Wainwright...

And if we’re going to be reeeeeal honest with ourselves? Adam Wainwright having very limited activity due to injury(s) was an outcome that was certainly in play for 2018, if not the betting favorite heading into the season.

UPDATE: Adam Wainwright likely headed for DL, felt renewed pain in his right elbow, had to deal with dip in velocity — and that was just the first three innings for #stlcards in loss to #Padres: https://t.co/T93dAMAtWU #Cardinals #MLB

The picture should get clearer this upcoming week when trainers & doctors decide if another (longer) rest period is prescribed or if surgery is needed to come back.

That’s assuming that Wainwright wants to come back.

Dude is a trooper, but every pitcher comes to a point where they just don’t want to participate in the grueling rehab process to get back to ‘normal’.

Normal in this case meaning performance of an activity with your body that is totally not normal.

And even if he does want to come back and chooses to go through the process… will the Cardinals have room for him? I mean, the team has its issues, but pitching depth is currently not one of them.

What was going to be a referendum on the Cardinals light hitting weekend against a sub-par Padres team is now something totally different.

If this was the Wainwright career alpha:

Did we just get the omega?

Please tell me we didn’t.

On some level – I think – we were all on the same page over the winter.

Over 23 starts and 123.1 innings, he earned a 0.2 WAR for a team that failed to make the playoffs. He did win the Silver Slugger award, but with only 50 plate appearances, it didn’t add much to the bottom line of the offense.

Seeing as he was a team leader and had tons of goodwill banked with the front office, manager and fans – everyone was holding their breath and wishing for the best.

They’d put him out there and we’d cross our fingers hoping for some of that vintage Wain-O grit to carry him to a serviceable 4th/5th starters season.

After all, you can’t have a much better dude showing all these young guns the ropes, right?

Some real tough conversations for a bunch of people are getting added to Outlook calendars as you read this.

Fingers crossed that Wainwright can get into another game at Busch Stadium sometime in 2018 to get a proper send-off al la Matt Holliday.

But if this was it, a tip of the cap to Mr. Wainwright.

He’ll be wearing a red jacket and greeting players at home plate for many, many Aprils to come.

For now, we hope for the best.