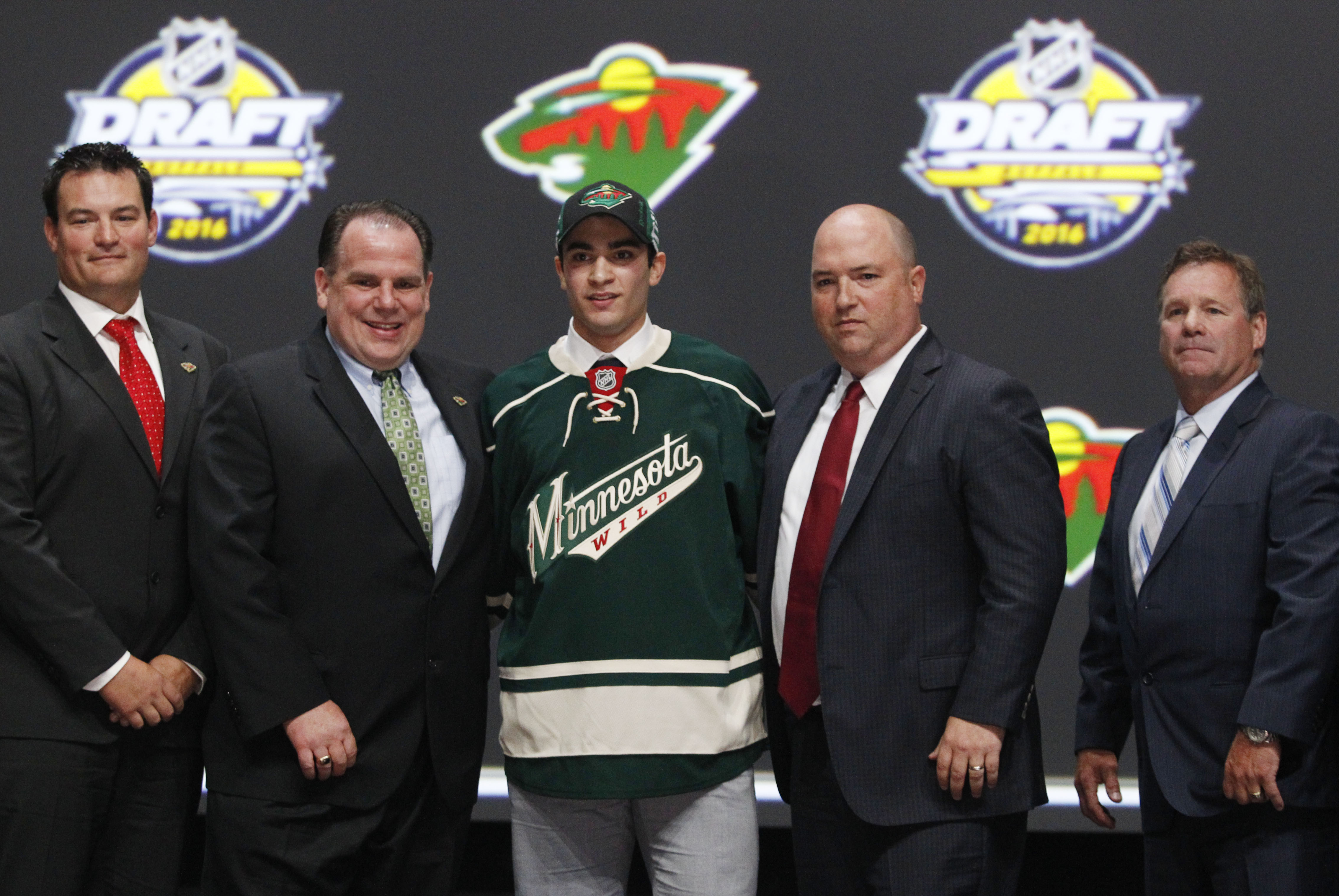 The NHL Conference Finals are in full-swing, the World Championships have been interesting and working their way towards the medal round and for 27 NHL teams their focus is probably on getting prepared for the Entry Draft.  Every season I look forward to see the NHL Central Scouting’s Final Rankings to see how they see each draft class.  As a high school teacher and coach I kind of see it like a report card of sorts.  To get an idea of who raised their game and likely rose in the rankings and those whom the scouts lost confidence in.

Since I really started to digging into the NHL draft about 10 years ago, its been amazing to see the increase in the amount of resources out there for people to choose from to better understand the talent that is out there.  NHL Central Scouting is made up of NHL scouts and is a compiled list.  Since 2008 I’ve been making a color coded movement tracker to make it easier for fans to scan the list.

Check out my list from last year.  You can see some of the same names on it as players were passed over in the draft like Shawn Boudrias and Saku Vesterinen who are hoping to hear their names heard this time around.  Both of these players were on my top 5 sinkers list last year, but that doesn’t automatically mean they won’t be selected.  Matthew Kellenberger was also passed up last year and he was in my Top 5 risers so if any NHL prospects are reading this shouldn’t feel as this is a kiss of death or an endorsement; just simply an observation tool.  As we get closer to the draft I will publish more in-depth articles highlighting specific players.

For your convenience I have linked each player to their respective page on Eliteprospects.com so you can see all of the statistical data you could want as well as see how other ranking entities saw this player and you can judge for yourself.   Pundits have been saying this class is a bit stronger than last year’s weaker draft class but you can see there was lots of fluctuation in latter half of both the North American Skaters and European skater final rankings.  No matter what I hope this movement tracker is helpful to you and I’d love to hear from you about the draft so feel free to contact me via the comment section below or on Twitter @CreaseAndAssist.

Here are this year’s top sinkers and top riser’s for the NHL draft class of 2018 according to NHL Central Scouting.

1. (#202 NA Skater) D, Maxwell Crozier ~ the Providence-bound defenseman (for the 2019-20 season) is a finesse, puck mover with limited offensive skills.  His penchant for stick penalties and the fact he’s pretty slight at 5’11”, 161lbs are likely reasons he dropped in the rankings, with the dubious distinction of the biggest fall of 92 spots from his mid-term rating.

2. (#169 NA Skater) D, Michal Ivan ~ similar to Crozier, Ivan is more of a finesse defenseman who put up modest production as a member of the Titan.  The Slovakian defender also could add strength to his 6’1″ frame probably make one question whether he has an NHL future which is why he fell 79 spots from the mid-term assessment.

4. (#171 NA Skater) D, Tyler Tucker ~ Tucker is more of a stay-at-home defenseman than the 3 previously mentioned, but his penchant for stick penalties (many of the lazy variety) make some question his on-ice focus.  This was no doubt the reason he dropped 67 spots from Central Scouting’s mid-term rankings.

5. (#141 NA Skater) C, Jaxon Nelson ~ Like many Minnesotans who follow High School hockey, Jaxon Nelson was the rising star with Luverne who seemed to combine youth as well as size and athleticism.  Unfortunately, being on the scouts’ radar for so long gives them plenty of time to poke holes in your game and the jump from High School hockey to Jr. A has been tough as he’s been unable to replicate his dominance he had in his high school days.  His story kind of reminds me of what happened to Seth Ambroz back in 2011.  In his 2nd full season with the Stampede the Golden Gopher commit put up 8 goals and 17 points which is why he dropped 64 spots from the mid-term rankings.

1. (#89 NA Skater) LW/RW, Linus Nyman ~ a strong World Junior Tournament for Team Finland and an equally strong performance with the Frontenacs (39 goals in 67 games) have made Nyman the biggest riser of the rankings.  He rose 113 spots from the mid-term assessment.

2. (#71 NA Skater) D, Wyatte Wylie ~ playing for his hometown team, the Everett Silvertips the small-ish defenseman plays a responsible two-way game for the defense-first squad.  The right-shooting defenseman with decent mobility and solid play in his own zone rose an impressive 108 spots from the mid-term rankings.

3. (#19 NA Skater) C, Liam Foudy ~ with a super athletic family in his background (his dad played in the CFL and his mom was an Olympic sprinter) scouts like the hard working forward who appears to have a scorers touch.  With a 6’1″, 183lbs frame who moves well the scouts like the potential he’s showing which is why he rose 72 spots from the mid-term assessment.

4. (#34 European Skater) F, Ivan Muranov ~ he plays in Russia’s 2nd best league and put up decent numbers meaning the next step is probably the KHL.  At 6’3″, 179lbs he has the prototypical size you want in a skilled winger.  He rose 70 spots from the mid-term rankings.

5. (#95 NA Skater) LW, Ryan Chyzowski ~ Medicine Hat always values speed and Chyzowski brings plenty of it.  While he has just average size, scouts like how he plays a strong two-way game which is why he rose 65 spots from the mid-terms.

(NR) ~ Not rated in mid-term rankings